One of the notable qualities of the 2009 adaptation of the Fullmetal Alchemist manga is its thematic consistency. This is especially discernible in the homunculi, which play a pivotal role to understanding the show’s commitment to its own rule of equivalent exchange. 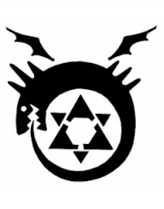 Few people are strangers to the Seven Deadly Sins. These are major vices identified by the Catholic Church in around the 5th century AD that were popularized by Dante Alighieri’s Divine Comedy hundreds of years later. While Lust, Gluttony, Greed, Wrath, Pride, Envy, and Sloth mean different things in their religious contexts, it is easy to see where the homunculi in Fullmetal Alchemist: Brotherhood (FMA: B) fit their respective sins, from Lust’s sexual demeanor to the ravenous Gluttony to the power hungry Greed. Yet it is not just the sins that the homunculi embody. Dante’s Divine Comedy was broken into three canticas known as Inferno, Purgatorio, and Paradiso. In the first two, the poet Dante travels through the pits of hell and the mountain of Purgatory and bears witness to those who are suffering from the sins that they have committed. It is in the twentieth canto of Inferno that Danto describes these punishments as the contrapasso, which essentially refers to a punishment "of or resembling the sin."

This idea is certainly pervasive throughout FMA:B, but nowhere is it more obvious than with the homunculi themselves. Each of them meets their demise in a way that reflects the nature of their very names, and some of them even endure a punishment that rather explicitly references Dante’s Commedia in doing so. 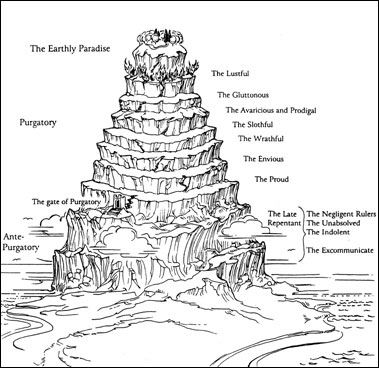 Take for instance the deaths of Lust and Sloth. Lust is burned alive by Colonel Roy Mustang, whereas in a fight with the Armstrong siblings, Sloth’s Philosopher's Stone is burnt out from excessive use. In similar fashion, the lustful in the final terrace of Dante’s Purgatorio are burnt alive behind a wall of flames, while the slothful are in perpetual motion around the fourth terrace of the mountain. For both Dante's lustful and Hiromu Arakawa's Lust, flames are symbolic of the heat of passion, and so Lust’s death is met with a fire of equal intensity. Similarly, the zeal and effort Sloth puts into its fight is counter to his otherwise lethargic nature like the slothful in Purgatorio. The way in which they die mirror or parallel the type of sin that they represent. As another interesting observation of Dante’s prevalence in the Fullmetal Alchemist universe, it is amusing to note that the order of which the homunculi are killed are almost exactly in sync with the reverse order of Dante’s mountain of Purgatory. While this is certainly more of a triviality than something to analyze in depth, it does speak to the general influences and parallels that exist.

Of course, not every homunculi's punishment mirrors the words of Dante, but their ends pertain to the concept of contrapasso nonetheless. Each homunculi embodies the sin that they are named after, and with a touch of irony and justice, their falls represent the culmination and result of that moral failing. Envy kills himself in an act of supreme jealousy towards the human race, Gluttony is eaten alive, Greed is killed and ends up with nothing, not even friends, to his name, while Wrath is slain by a man perhaps more outraged than he, who kills him surely with the consent of an entire race cursed by Wrath’s genocide.

There is certainly much irony to their ends, but more important is the punishment that matches the vice, because almost all of the homunculi face the most extreme punishments to their sins. They serve as an example to those who are simply more fortunate. Sin is a continuous motif in the anime and certainly the contrapasso exposes itself to the heroes of the show as well. They simply get to survive it.

Roy’s vision for political power is stifled by a crippling blindness, Izumi’s attempt at resurrecting her child results in her being cruelly left without her reproductive organs, and of course the heroes of the shows search tirelessly for a solution to their missing bodies, their own contrapasso for attempting to recreate their late mother's body and soul. Indeed, the alchemic principle of “equivalent exchange” and the contrapasso are not too far apart in the role they play regarding sin and punishment in FMA: B. It would appear, in the world of Fullmetal Alchemist, our heroes are confronted with punishments that do not take their lives, while the great evil suffer the appropriately harsher punishments. As another parallel with Dante, the contrapasso's magnitude is highly variable on both the nature of the sin and whether the punished resides in Hell or Purgatory. 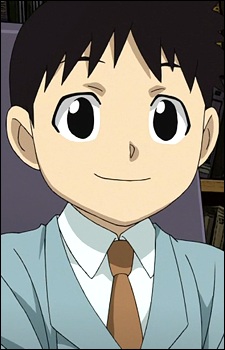 Perhaps the similarity of these two ideas can be best seen in the conflict between Edward Elric and the homunculi Pride, the only homunculi to not disappear into ashen dust. Pride’s survival at the end of the show seems to be far from being coincidental, as the vice that both Edward and Alphonse are responsible for is pride: pride in their own abilities, pride in the power that alchemy can bring to their lives. It is because of pride that both Edward and Alphonse lose a portion of themselves, and perhaps it is because Edward understands the magnitude of his mistake that he spares Pride in the end. Pride and Edward mirror each other at the end of the series in the sense that neither of them are capable of performing alchemy. The difference between them is choice; Edward willingly chooses a life without alchemy, the ability that enabled his wrongdoings and the source of his sin of pride. On the other hand, Pride is forcibly reduced to a powerless child unaware of his former magnificence. Surely the Pride of the past would be embarrassed by his new form. Even in this case, the contrapasso rears its head. Dante's Divine Comedy demonstrates that there are punishments far worse than death. In Pride's case, one may certainly make an argument that his punishment, a merciful judgment from someone Pride saw as inferior in every way, is indeed worse than the fate of his comrades.

From these observations, we can conclude that Fullmetal Alchemist’s idea of equivalent exchange is not just applicable to the powers of alchemy, but to the nature of sin and punishment as well. Whether we call it karmic retribution, the contrapasso, or equivalent exchange, the underlying theme behind it is not only that one’s power must be balanced by an equal sacrifice, but that one’s mistake, sin, or moral crime must be matched by a punishment of appropriate magnitude. For our heroes, their good intentions, moral righteousness, or honorable motives spare them from the ultimate punishments, but the world of Fullmetal Alchemist: Brotherhood can often be cruel, and even so-called good guys are not often spared some of the horrors of the world.

The homunculi fit perfectly into this alchemic philosophy and, consistent with those very laws, their disastrous and malicious acts are met with equally disastrous results.