There’s only one month left until Noragami: Aragoto’s October release! Let’s gear up for the new season of Noragami with a look at the character’s origins, as well as an interview with the director of Aragoto! (The beginning is a bit textbook-y, so feel free to skip straight to the fun stuff.)

A shonen action series featuring a supernatural cast of deities and spirits trapped in limbo, Noragami delves into the world of Shinto belief with a twist: wishes made to deities really can come true, provided the right amount of payment. The deity characters in Noragami are named after deities from Japanese Shinto lore.

(US subscribers to Netflix can watch Noragami on their website!) 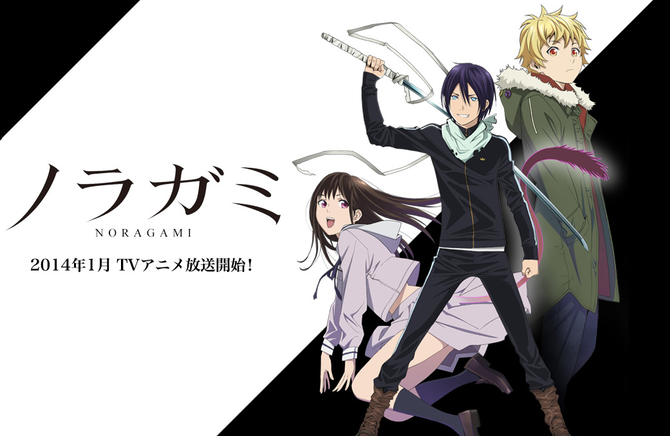 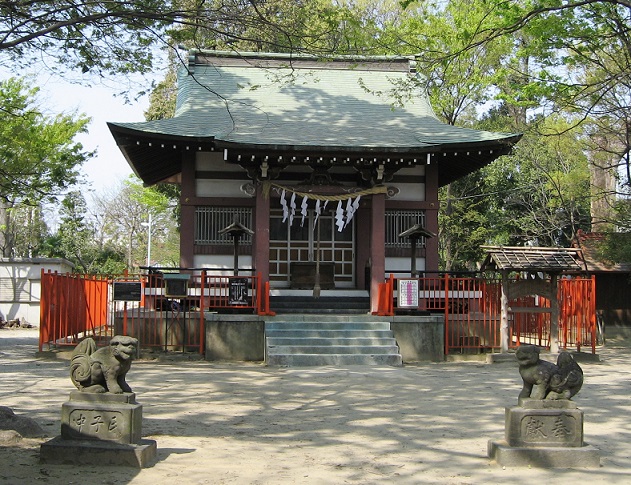 Shintoism is the main folk religion of Japan. Its origins are ancient, having been practiced as early as 1,000 BCE. Shinto is a folk religion because it’s not so much a unified idea or belief as a collective of different folk ceremonies, deities, and mythology. Despite Japan being a relatively unreligious country, the majority of its residents still practice Shinto in some form or another as part of cultural tradition. You’ll see festivals and visits to shrines in many anime as part of normal Japanese life. Shinto folklore also appears in many supernatural shows. Some famous ones include Inuyasha, an action romance featuring shrine maidens and various youkai (Japanese monsters), and Naruto, whose many characters have abilities that reference Shinto folklore, as well as Buddist beliefs. (You can read more about that here)

The characters for Shinto, 神道, represent “god/the divine”, and “road/(philosophical) way”. Basically, Shintoism is a way to the gods.

As Shinto is a collection of lore and mythos, it is often not only worshiped alongside Buddhism, but actually intersects with Japanese Buddhism, much like a Zen Diagram (pun intended).

The Gods of Shinto

Shintoism is a polytheist belief, meaning they celebrate or believe in multiple gods. In Shintoism’s case, the gods aren’t necessarily all-powerful, fearsome beings. They’re more appropriately considered deities, or even spirits. In some variations, deities may represent an idea or collective as a whole, whereas in others, a single Shinto deity is only master of an individual object, such as a single tree or boat.

The Shinto gods are unanimously called 八百万の神, or the Eight Million Gods (so just a really big number). There are gods or spirits that represent almost everything, from the Sun to food, to even Mount Fuji.

Shintoism is not the only East Asian folk religion that celebrates polytheism. The idea that spirits occupy every sentient and non-sentient thing, animism, exists in China and Korea as well. Korean Mugyo Shamanism is also known as Shindokyo, also written with the same Chinese characters. And let’s not forget Chinese folk shamanism, from which the words “Shinto” were borrowed from the first place. “Shendao” is written the same as Shinto and Shindo, and is also known as “神教”, the “religion of gods”.

While the three (as well as folk religions from many other Asian countries) share similarities, it must be noted that they are separate beliefs, even if they share the same name.

The Gods of Noragami 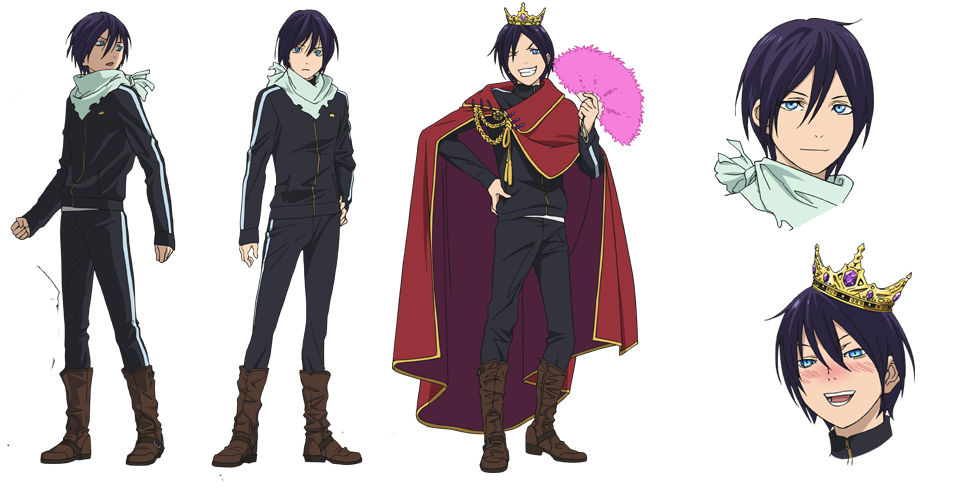 The main character of Noragami, Yato does not appear to currently represent any specific god (although he shares a name with snake spirits from Namegata County). He was previously a Magatsukami (禍津神), a god of calamity and war, like Rabō.

Magatsukami were born from Izanagi, the creator of the first gods, when Izanagi emerged from the underworld. He bathed to rid himself of the impurities of Yomi (the Shinto underworld), and what was left behind became the Magatsukami.

Yato’s name does not carry any significance. 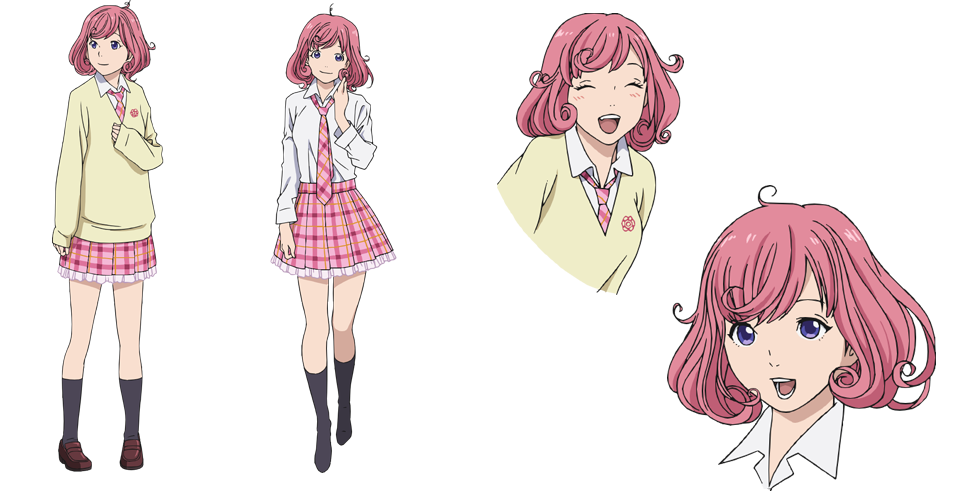 Despite having adopted the name Ebisu (one of the Seven Lucky Gods of Shinto), Kofuku is no god of luck. She’s actually a Binbou-gami, a god of poverty. In Shintoism, Binbou-gami possess houses or people, sucking all the luck and happiness out of them.

While Binbou-gami ga! depicts the god of poverty as a busty young woman, in most Shinto lore, Binbou-gami (plural) take the form of wizened old men, and can be lured away and trapped with miso, a fermented soy paste. 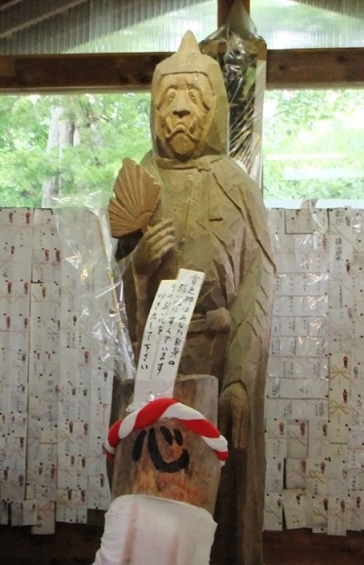 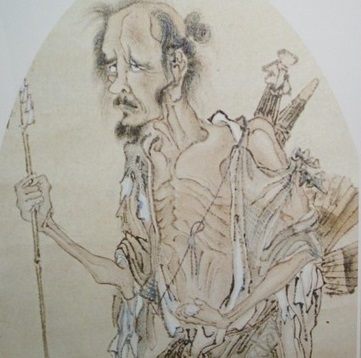 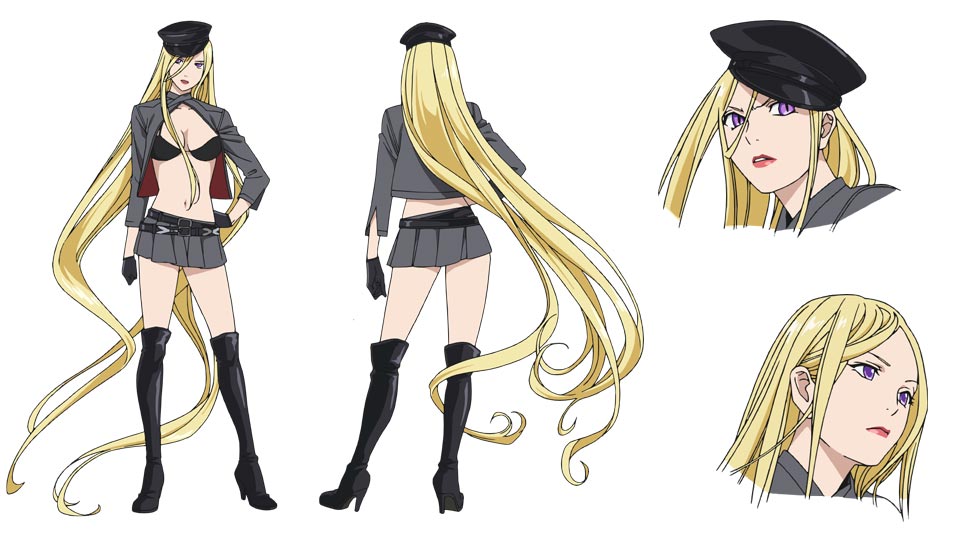 Unlike the other characters listed thus far, Bishamon-ten is quite a major deity in Shinto folklore. Bishamon hold many titles, including God of Treasure, Wealth, & Warriors,Protector of Buddhism, Guardian of the North, Dispenser of Riches (to those deemed worthy), Defender of the Nation, Scourge of
Evil Doers, Healer of Ilness, Commander of the Shitennō. He is included in not only the Seven Lucky Gods, but is also one of the 33 forms of Kannon (god/dess of mercy and compassion). Representing the North, he is the most powerful of the Shitennou, the gods of the four directions. He is associated with the virtue of dignity.

Bishamon-ten also goes by many other names, and is a common figure in Indian, Chinese, and Korean mythology as well. 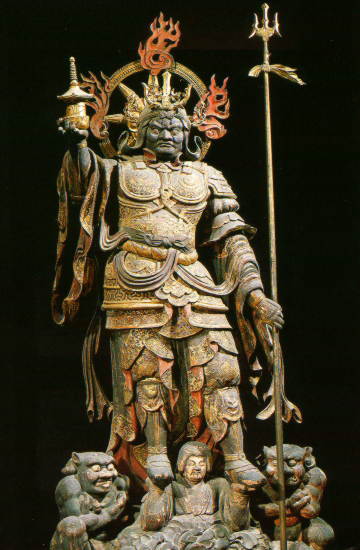 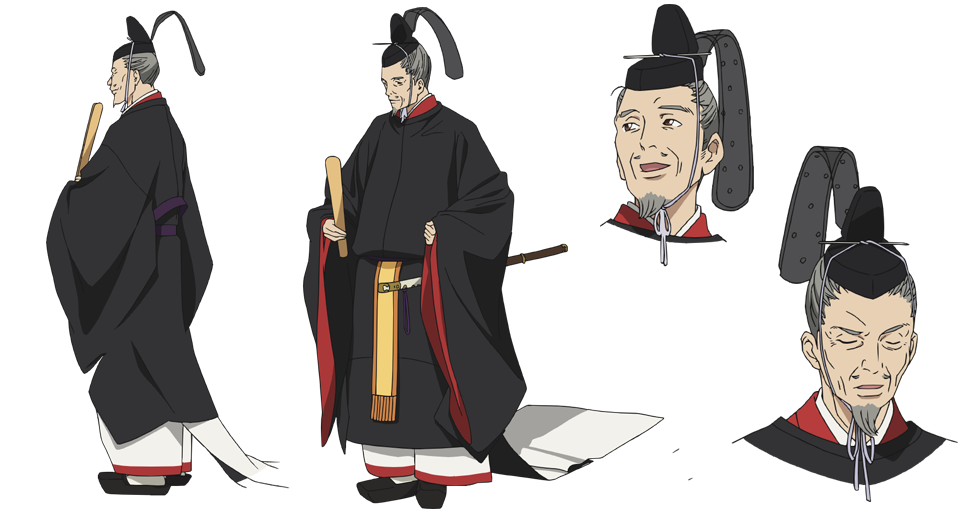 Tenjin is also unique among the Noragami roster, and unusual in Shintoism in general as he is actually the deified spirit of a real person. Sugawara no Michizane was a scholar, poet, and politician in Heian Japan. His spirit is now worshiped as the god of knowledge, 天満天神 (Tenmantenjin), or just Tenjin for short.

Tenjin is just as popular in real life as he is in the anime- around 14,000 of 100,000 total Shinto shrines in Japan are dedicated to him. 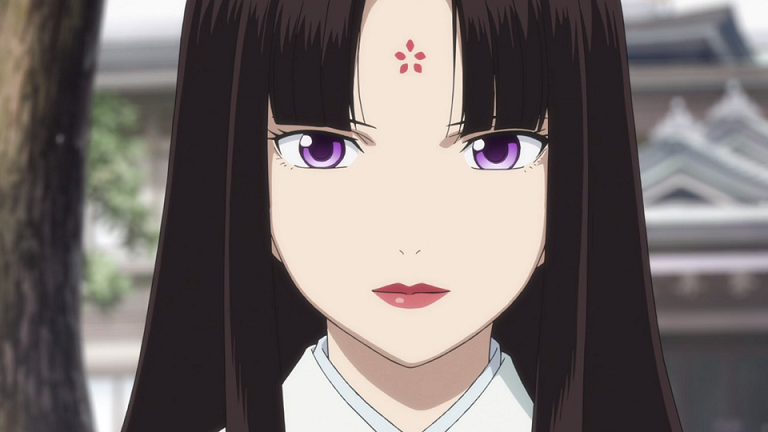 In Noragami, this plum tree takes the form of Tsuyu (梅雨, lit. plum rain), the spirit of a plum tree. 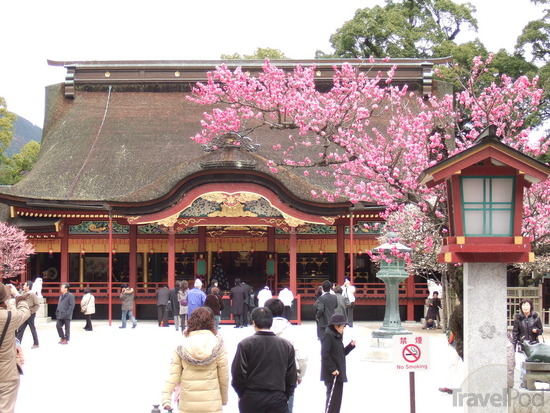 These are the deities that appear in the first season of Noragami. New characters based on other deities will appear in Noragami: Aragoto!

Interview with the director of Noragami: Aragoto

Director and animator for Bones and A-1. Noragami is his first series as head director. 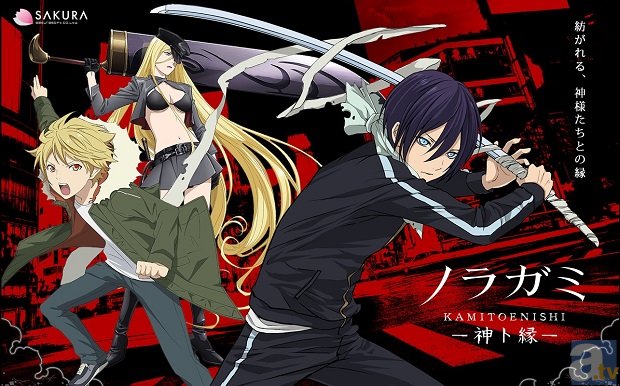 This interview was translated from the September 2015 issue of Newtype magazine.

Noragami Season 2 is mid-production! How do you feel?

I was surprised that so many people were waiting for the continuation. I’d like it if more people learned about Noragami through this [interview]. Noragami (the manga) is a complicated work that isn’t easy to describe, so it’s hard to find the right words to recommend it to people. I’d be happy if I made an adaptation of Noragami that is good enough for people to just say “just watch the anime” as an introduction to the series!

What does “ARAGOTO” mean?

Because it’s written in English, “Aragoto” stands for both 荒事(theatrical fighting scene), and 新事 (something new). Season 2 will be more serious, and we wanted that to come across in the title. Also, Noragami is about old Shinto gods fitting in with modern Japan, so we felt that using the alphabet fit that theme better.

What’s something to pay attention to in the second season?

The art style and production has not changed from Season 1. It’s just that the content has gotten a bit darker. The key plot revolves around conflict between both the Ayakashi and the gods, so I’m sorry that it’s not a straightforward plot. There’s also a lot of foreshadowing, so please don’t skip a single episode when viewing! And of course, we placed a lot of importance in the development of the relationship between Yato, Hiyori, and Yukine, the foundation of Noragami’s story, so please keep an eye on it! Yukine’s growth especially is amazing. Also, pay attention to the new characters that will appear. They will become important to the plot.

What’s interesting about the arc that Aragoto covers, the “Bishamon-ten” Arc?

When I read this arc in the manga, I got the feeling that the work had gone to a whole other level. It really expanded on Noragami’s world, as well as the existences of gods and their shinki (regalia). Also, Yato’s serious face is really cool. (laughs)

[Writer's note]: As a bit of a religion/folklore nerd, I personally love stories that involve mythology! But even if Shinto isn't your thing, you'll still enjoy Noragami. It's got exciting action with great characters, and the story will be expanded further in the upcoming season. I can't wait!