I sold my life for ten thousand yen per year.

Manga, 3 vol, 2016 Me:- Author:9
Author really knows how to pack so many things in just 16 chapters. The ending is bittersweet that leaves you feeling empty after you read it.

Manhwa, 3 vol, 2016 Me:- Author:9
Two children who have lost everything unexpectedly meet in the midst of war. After running away from the chaos, they come across a long empty road. With no adults to rely on, the two strangers now become friends, walk alongside each other to see what's at the end of the road. All they hope is to keep being able to move forward.

This manhwa will crush your heart even if you don't relate to any of the characters.

Manga, 1 vol, 2019 Me:- Author:10
The manga follows MC Shiino as she takes her friend Mariko's ashes who just committed suicide on a trip to the sea while she remembers moments of their life together.

Manga, 13 vol, 2007 Me:- Author:10
The story follows the miserable life of Punpun as he copes with the divorce of his parents, the pain of experiencing first love with his schoolmate Aiko and also his first heartbreak that spans over his whole life and all that came with it which molds him into a sexually frustrated teenage boy trying to find his way in this lonely, pathetic existence.

Make sure you're in the right state of mind before reading it.

Manga, 2 vol, 2005 Me:- Author:9
The story isn't outright depressing. It has both wholesome and depressing moments. We get to see the life of some really average people, their dreams and how their lives go on. But in the end it still somehow managed to make a hole inside my heart so I thought I would add it in here anyway.

A Girl on the Shore

Manga, 2 vol, 2009 Me:- Author:6
A short manga from the author of Oyasumi Punpun. The story portrays sex life and growth of two middle-schooler so it might not be for everyone.

Manga, 1 vol, 2008 Me:- Author:7
Love story of a former pianist and a death row inmate. Both of them wanted to die for their own reasons. A story about finding the will to live and the meaning in life again. The characters are well fleshed out even though it's such a short read. You can't help but emphasize with them.

One-shot, ? vol, 2007 Me:- Author:9
Really similar to Hotarubi No Mori E. Though I really liked this one better.

One-shot, ? vol, 2018 Me:- Author:9
A one-shot in a zombie apocalyptic setting with a really unexpected ending. This is not so wholesome as it looked like at first.

Manga, 1 vol, 2021 Me:- Author:9
Another great one-shot from the Author of Chainsaw man. This will leave you feeling empty for sure.

Manga, 8 vol, 2016 Me:- Author:8
From the author of CSM: In a frozen dystopia where inhabitants eat flesh to survive. Fire Punch is a story about a man named Agni who lives with his sister Luna in a small village in a world where mostly everything is engulfed in snow. But it wasn’t always so bloody cold. In this cold world, people born with supernatural powers are called blessed.

Manga, 7 vol, 2013 Me:- Author:-
The story follows Shouya Ishida as he begins to bully a deaf transfer student, Shouko Nishimiya. The bullying is elevated to a degree to which Shouko must eventually transfer schools. As Shouya grows, he finds himself consumed by his past, growing into a withdrawn and unassertive young man. Entering high school, he meets Shouko again and embarks on a quest for redemption, determined to confront the trauma he inflicted on her and himself and make amends.

Manga, 3 vol, 2009 Me:- Author:9
Adapted from the novel "No Longer Human" by Dazai Osamu. His novel was autobiographical and the author committed suicide right after his work was published.

This is super depressing, not something for the faint heart. It has themes like rape, suicide and drugs. There's another Junji Ito version. This one focuses more on the psychological elements.

Manga, 3 vol, 2017 Me:- Author:-
Adapted from the novel "No Longer Human" by Dazai Osamu like the one above. This one focuses more on the horror aspects.

Manga, 15 vol, 2003 Me:- Author:10
Nakoshi is a middle-aged man, who spends his days living in a car, between a lavish first-class hotel and a park full of homeless people. He has nothing, yet he is always classily dressed in a suit. One day, a mysterious man approaches Nakoshi in search of subjects willing to partake in trepanation, the procedure of drilling a hole in the skull in exchange for 700,000 yen.

Manga, 9 vol, 2015 Me:- Author:9
The manga doesn't start off as anything depressing. At the beginning it's just full of comedy. But it gets darker the more you read it. An emotional roller coaster that talks about deep things like suicide, depression, making mistakes you can't fix and how you have to keep going on keeping those mistakes in mind and much more. It's absurd, dark and wild, something you won't be able to stop reading once you get into it. The ending is just going to leave you feeling empty.

Manga, 10 vol, 2015 Me:- Author:8
Don't let the name fool you. There's no happiness in it. A unique vampire tell in a rather depressing setting.

The Flowers of Evil

Manga, 11 vol, 2009 Me:- Author:10
The story starts as the MC steals a pair of gym clothes of the girl he likes, the next day the girl that sits behind him reveals that she saw everything. Now if he doesn't form a "contract" with her, she is going to tell everyone about it.

Blood on the Tracks

Manga, ? vol, 2017 Me:- Author:9
The story starts as a mother who loves his son much that she won't even let his son have a normal love life nor any freedom. The pain never stops in this manga.

Manga, ? vol, 2020 Me:- Author:6
Everyone just wants to commit suicide. I don't have any better ways to describe it.

Manga, 4 vol, 2005 Me:- Author:8
The story follows high school student Daisuke who acts like a womanizer at school falls in love with a girl in his class with an incredibly brutal and traumatic past. Our FMC Hinako who was sexually abused by her step-father while she was still in junior high school, which led to her giving up a baby boy for adoption. Now aware of her secrets, Daisuke can't help but empathize with her.

Manga, 1 vol, 2017 Me:- Author:7
A not so simple love story of a boy who was forced to dress up like a girl with a traumatic past and a boy who wants to be an actor.

Manga, ? vol, 2016 Me:- Author:7
A love story between a ghost and a guitarist who has lost his will to play the guitar.

One-shot, ? vol, 2018 Me:- Author:9
The four heroes are on their way home after their final confrontation with the Demon King. Led by the talkative mage of the group, Nina, they head to the other heroes' hometown of Pocca. However, despite the warm atmosphere on the surface, dread looms over Nina as she thinks about the villagers' reactions to their long-awaited return. After all, the news she has to deliver may not be something they would like to hear.

This might be one of the most heartbreaking one-shot out there and it's absolutely worth the read.

Our Dreams at Dusk: Shimanami Tasogare

Manga, 4 vol, 2015 Me:- Author:7
Kaname is a troubled high school student who tried to commit suicide because his classmates found out that he might be gay. As he questions his existence, the sight of a mysterious woman jumping off a nearby building leaves him utterly startled.

While speaking to her, he realizes that the most painful thing is his inability to accept his sexuality. This manga is a realistic take on the struggles of Kaname among other lesbian, gay, bisexual, and transgender people in coming to terms with their selves.

Manga, 1 vol, 2004 Me:- Author:-
Somewhat like Oyasumi Punpun. MC grows up in a really messed up household.

Manga, 2 vol, 2012 Me:- Author:-
Shinichi Nagakawa and Yuuki Sanada get involved in an accident where they are killed. After dying, they reach a place between life and the next world where God decides to let them live for 7 more days. At the end of that period, they must choose which one of them will get to continue to live and which one must die.

The manga is only 14 chapters long. A short read mixed with comedy, romance, and sadness.

Manga, 1 vol, 2013 Me:- Author:8
Story about a boy who wants to protect the girl he likes and the girl who hides a secret. It starts off cute but gets darker.

Manga, ? vol, 1989 Me:- Author:-
Guts is a lone warrior who was born from a hanged corpse and raised as a mercenary by his abusive adoptive father Gambino. It came to a head when Guts was forced to kill a drunk Gambino in self-defense, fleeing his mercenary group and becomes a wandering sellsword.

One-shot, ? vol, 2021 Me:- Author:8
The Earth had lost its moon to a meteorite collision. In a world enveloped in darkness, people craved light. And at a facility designed for researching the luminescent "Lumia" people, an innocent girl and young researcher meet.

Read this while listening to the intersteller theme. You're gonna feel it even more.

One-shot, ? vol, 2017 Me:- Author:7
When one childhood friend passed away, the two who were left behind reminisce the love from the past and the present. 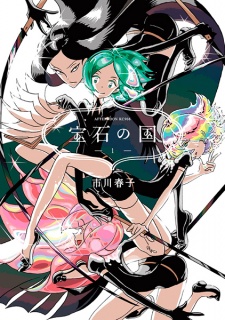 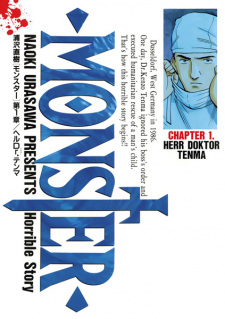 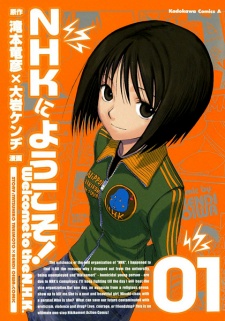 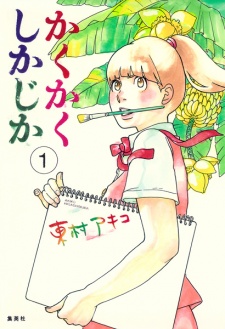 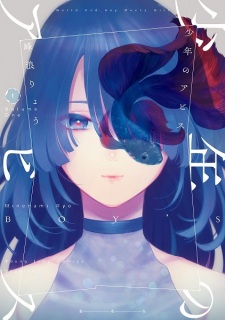 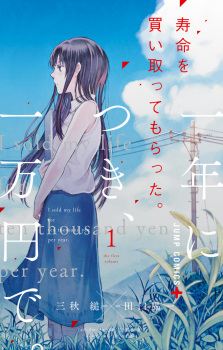 Luck of the Draw
52 days left

A Summer Out of This World
Time ended

Luck of the Draw
30 Entries · 1118 Restacks by MyAnimeList