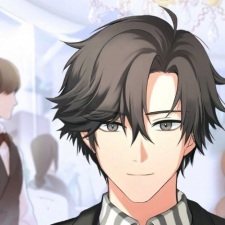 Don't hesitate to message me (Zach-chan) if there are any mistakes or questions.
Enjoy~ ( ͡° ͜ʖ ͡°)

IsamuFurukawa Aug 3, 3:46 PM
Aaah i'm sorry for the late answer, i totally forgot the messages in MAL, it's so embarrassing...

Oh Q-Taro, this name is so funny in my opinion, reminds me like "cute tarot" hahaha, but i don't reeeally like him, i think it's cuz he's so straighforward.
Hmmm so costs hourglasses, I see. Well, I have to make time for that someday hahah.

But, hey! How are you? I saw you watched "Jujutsu Kaisen 0", I have to watch it too, my friends loved that!

that's a neat process! are your stories one illustration or multiple? that drawing with soft pastels must look nice. i hope you make it your future career too!

yes and the marley arc! idk how to explain what arc it is that i love since there's so much that i like lol. i liked the ending. there's really not much that i wish was changed. what did you think of the ending?

glad we both like that arc! i agree. i like how the physical changes weren't super drastic too. yes, eren's change had me so shocked.

i literally don't know at this point :D

TheAceAttorney Jul 24, 6:59 AM
Hey, if you're still interested in AI, just know the sequel is absolutely worth it.

DuckMarmalade Jul 21, 10:50 PM
So I watched the anime before reading the manga and having watched a decent amount of romance animes I found yagakimi to be one of the most grounded and honest romance shows. The manga was amazing and well written. It wasn't forced and there was real conflict and tension between the characters. And having consumed a lot of LGBT media I think Yagakimi is the best one so far. My favorite part about yagakimi was the struggle which I felt was very relatable and down to earth

Yes the aesthetic for Persona 5 definitely stands out as being unique. The social aspect is amazing and when i first played Persona 5 it was amazing since i had never experienced this type of game play before and is something i'd love to see more done in games.

My Favourite Character is Joker. The character that i can relate to most is Joker, i found that my personality is similar to his (e.g quiet but not shy and strong hearted and determined to achieve his goals), and also smart but not too smart.

Tbh i found similarities is a lot of characters in the game, but i feel like i relate most to Joker.

I'd also like to ask you the same question which is:

Who is your favourite character or the one who you feel like you relate to the most?

my favorite part would be the end parts with the time skip. i love seeing all the chaos that unfolds and the fight scenes are really fun to watch and read. it also just feels nice seeing everything come to an end even if it’s a bit sad.

WilliamKist Jul 12, 11:27 AM
Witch Hat Atelier is one of my favorite manga, I really liked the story and the traits. They are just charming. I only read the first volume, but I plan to read the second one this vacation! I'm happy to find someone else who also appreciates this work!

I watched the first season of Dr Stone a little while ago, so I got a little lost in the beginning, but I really want to know how they will defeat the Tsukasa empire and if they will really be able to get everyone out of the stone state.

gl4ss Jul 1, 10:58 AM
yes, i remember that now. i feel like he tries to save himself but as soon as aiko pops up, everything is thrown out the window and he’s back to being self destructive.

that’s so cool! is it easier to convey their feelings like that?

i don’t dislike or like her. i do think she was a great addition to the plot though. she was the character that i think impacted punpun the most.

TheAceAttorney Jun 29, 4:05 AM
I've played 999 and VLR, and both I consider to be some of the greatest Anime games I've played. Check my favorites. I've also played AI The Somnium Files which was great and am currently playing the sequel which released a few days back. If you can get over the "haha horny character" archetype and instead look at the games as a silly/serious thriller, then it'd be up your alley. I recommend it personally, but the ecchi can be annoying for some. Still, that wouldn't stop me from recommending it. And hey, if you like the first one, I wholeheartedly recommend the sequel.

And yes, Souichi's description could be more descriptive as to the flaws I have with it, but the summary I left is very fitting. Thanks lol.

theMuschainner Jun 28, 12:02 PM
Yeah..., it is great that they have decided to continue the manga.

Personally, I do not believe that failed because someone he cared about left his side. he may have cared for Guts, indeed (at least in his own narcissistic way), but Griffith failed in the Golden Age Arc because of himself. He may have been insecure and traumatised, which made him chose a bad coping mechanism (sleeping with Charlotte), but his own decisions brought him to his failure. Not Guts, not Casca, no one other than Griffith himself.

If you ask me, Griffith cared for himself through Guts. And when Guts left, Griffith felt betrayed, because he thought that he has lost a valuable asset, that is a human being (Guts).

Choosing to take revenge by sacrificing the Band of the Hawk, although predictable being given Griffith's personality, served his purpose of gaining immensurable power. Something which he has desired from the very beginning, and which has always been his goal. Viewing himself as potentially unable to achieve that goal, he put himself in a difficult position (not put intended) which consequences were predictable. After his torturing, he gives the impression of a victim, and sells a romanticised, yet poisonous, story of the reburned saviour. In reality, he is nothing more than a dark, ferocious predator.

Of course, many people would have done the same, this is why Griffith, like many other characters in Berserk, is so very human.

Monamegistuses Jun 27, 1:23 PM
Despite the pedophilia I related to him a lot.

that's so true! didn't she help him get his life a bit together for a while?

you explained that a lot better than i could have lol. i like how at some point in the story, the way he is drawn represents his current mental state. you can see how he just keeps getting worse throughout the story. do you like aiko?
All Comments