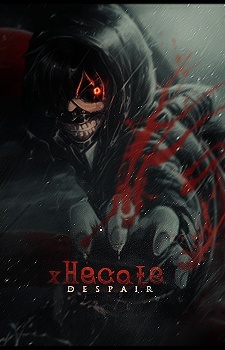 _KaSa Sep 3, 2020 7:52 AM
Hoo it's okay senpai xD
Ah haii uniform for all subjects but if marks in one is messed up then the whole average becomes down o.o
No no. It's not masters. I'm also doing bachelor's degree. Umm... bachelor's here is 4 years. And masters is 2 years. I guess then masters will also be shorter or is it 2 years??
So I guess the uni here is comparatively long than urs. Soo good for u =( I'm jealous
Now that's why I considered u as an upperclassman bec i thought u also had it 4 years xD
0.0 so u reached in ur uni apartment then went back to ur house and now back to apartment? Must be tiring. But i hope that it's all settled now and u get some free time to enjoy before ur uni starts.
Ahh souka souka. It's actually opposite here o.o" Uni dorm are comparatively cheaper than renting a house/apartment (plus other costs such as food/laundry are not included in house but is included in dorm) But the worst thing probably might be the dorm supervisor/warden xD They can be annoying and grumpy at times. Lol senpai ignores her first year roommates
Haii. The subjects for this sem are

Does senpai has also to suffer from morals-like subjects or were they over in school and never came again?
Hoo i see. So, ur uni is starting soon then? My uni is same *sigh* They released time-table when the online lectures started and since then they've changed it 3 times for unknown reasons o.o I'm still not used to the current time-table which came just last week.
Wha?! It burned down?
Hmm hmm it surely is gonna get crowded for ur dept.
Ahh so i'm not alone who is confused with this question. a lil glad, just a lil Yeah this field has soo many options that it's very difficult to pick one. Hope u decide something soon and good luck on ur final year project~
Yeah most of the anime aren't nicely adapted and end up just as a source for promoting the manga (which is actually the case for anime).Though TG gave us probably one of the best if not the best anime OP ever.

(❁´▽`❁)*✲ﾟ* thank you for accepting! I do! I love it! Looks so nice!!!
and omggg our birthdays are soooo close wowowowo that's so cool! I'll be sure to refs keep that in mind!

& lmaooo I'm amazed at our affinity XD so close also ;0

sorry for the late reply !


So each subject is of 150 marks.
- Every subject's end semester exam is of 100 marks.
- Out of that 100 marks, 70% is considered
- Then 30 marks are decided based on the practicals/projects/lab work that were done throughout the semester by the student. (Though for some subjects instead of 30 marks, 50 marks are allotted, depending on how practical that subject is)
- Remaining 50 marks are decided from the 2 mid semester exams that we have during the sem. Each mid-sem exam is of 25 marks.
And after all this a thing called SPI is calculated (which is out of 10) and on the basis of this SPI an overall semester grade is given. I still don't know how the SPI is calculated and tbh I never even bothered to look for it xD
Ikr!! It's all weird. I'm doing my uni in India. Though I'm already in third year, so just 2 more years and it'll all be over finally :oof:
Haii~ So senpai it is! Ehm.. I thought u were in ur final year after taking a look at ur profile So if we consider that, u are an upperclassman(?) A-anyways xD..
Ahh yes many of my classmates do that. I guess that's why u r busy with all the moving stuff and settling them. Though I'm living in dorm, I was lucky to get the same room as of my friends (i mean the same friends that were with me from high school + the dorms are on the campus, so it's just a 3 mins walk to reach to the classroom) xD.I believe it becomes soo soo much more easy that way (if we are friends with our roommates already), bec u don't have to take time getting to know each other and act a lil careful.
Aww, that's soo sweet of senpai to go early to meet ur bf (≧▽≦) Ganbatte ne~
Same here. I'm doing I.T. Comp Sci and I.T. aren't same but ig base of the subjects are the same o.o Still this whole situation has made my brain rotten xD and so when they announced that lectures are going to start again, i wasn't happy at all. though i don't want this pandemic situation to worsen, but the inner me still screams for more holidays lol But i'm sure that after some time it'll become a routine for me and it won't seem that bad to me. Umm... has senpai already decided what exactly to become? I'm in my third year and I still haven't :/ But there are just wayyy too many options. So since last few days I've been sorting all the options on the basis of which I'm interested in and in which i'm not.
Lol true. :re mango was already a bit confusing to start with. And all the skipped content in the animuu just made it all more confusing.

_KaSa Aug 8, 2020 7:41 AM
tbh i don't have any preference for nickname, but ig any nick is fine also i think i can come up with a nickname for senpai too >.< but i'm pretty sure it can be really bad weird. there's a friend of mine with name 3miL and the nick that i decided to give him was limey-tan xD but ig he likes it and kacchan was what he decided to give me lol. i was a little surprised at first when u called me kacchan
yep they went good and 2 weeks from now, i'll be giving my mid semester exams (¬_¬") . ah i remember u said that u had ur results coming on tuesday(?) maybe a week or two ago i hope yours went good too. ikrrrr, this is so weird! i believe in having only a year-end sort of exam or something as it'll come only once and will be gone in an instant though the chances of messing up are also very huge as it'd be the only exam to judge the performance of students over whole year xD
hoo souka o.o so does senpai will call senpai for now xD until i come up with an og nick also stay in dorm or something like that? heh~ my uni isn't opening up anytime soon, so i won't be going there. but i hate this whole online classes thing too. since most of the time i'm tempted to play a game or do something else >.<
lol that's okay since ig everyone on this MAL has at least one animuu character that they simp over. i guess u have already re-read it more than once by now? YEAH THEY DID ╰（‵□′）╯!! the mango is still one of the best mangos i've read till this day. but every season is still pretty enjoyable if watching for the first time without reading the mango.


ehhhh?! even after looking the second time i don't find anything weird o.o but ig there might be something if you're saying. haii~

they all look soo nice and cute o.o
though to be honest i wasn't very much sure if it'd be accepted or not, since like u mentioned it was bit hard to get the pics. sorry >.<
also sorry for this late thanks. i actually had a series of online tests since past few days i'm not in school anymore, but why i still have to give test?! aaarghhh xD
but now it's over :yay: and now can do what i want well to some extent -_-


sorry for wasting ur time, if u read till here gomen gomen >.<