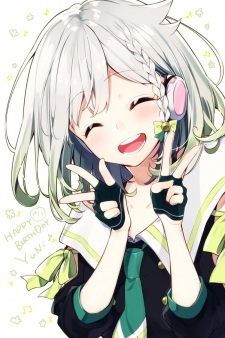 HisokaHajime Aug 9, 2019 12:22 AM
Onii-sama e will depend on if you're a fan of stuff that is highly dramatic. This story and characters are dark and twisted. I would always recommend watching a handful to see if your interest begins to spark or not. Really can't base much on the first episode more often than not. I just had the reverse happen with a show starting out promising and then fell apart already in the second episode heh. Candy Candy is great stuff as well.

Can't say that I do.

HisokaHajime Aug 7, 2019 4:34 PM
I've seen just about every subbed WMT (and those of similar style that aren't under the banner) and Nobody's Boy Remi is my favorite. I see you've seen the remake version which was also really good. Just missing some parts because it got canceled and went about things differently in spots. So the original version is a must for the complete story. It also shares the same director as Onii-sama e which you seem to be currently watching. Dezaki is in a class of his own.

Fushigi Yuugi was an early favorite of mine and still remains towards the top of my favorites. I still can't really think of anything comparable. With how it coupled a traditional shoujo like structure with action and badass enemies. So it still stands out a lot. Marmalade Boy is great too, more so when you cut out the filler arc heh.

Hisoka has been my favorite character since I first watched HxH in 2002. He's truly one of a kind. Have you considered watching the older version of HxH? Seeing how you're a big fan of the remake and older shows, I'd imagine it would go very well for you. I love both versions and am thrilled with how awesome the remake turned out for more of a consistent adaption. But the original version is still my preference up till Greed Island for a variety of reasons. The Hunter Exam is longer and more fleshed out, Kurapika's evolution is better, and the music is levels above the 2011 soundtrack, though it did improve a lot along the way. The Greed Island OVA's turned out poorly though and that arc was so much better in the remake.

HisokaHajime Aug 7, 2019 1:23 PM
Figured I'd say hello, since you just joined both of my clubs heh. I don't often see many newer fans that are interested in WMT and old school anime. That usually comes much later when people finally decide to start branching out more. It usually takes some convincing as well. So that's a refreshing sight. Points for having Fushigi Yuugi as what appears to be your favorite as well?
All Comments