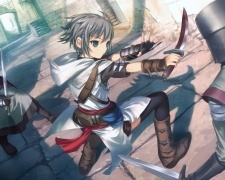 BoredOfYou Mar 12, 2015 1:20 PM
It's not the act of making people mad that I like, it's that I get to debate with them, and maybe we'll both learn something.

Blazestar Mar 7, 2015 4:04 PM
guilty Crown is the worst-written high-budget anime to date.
The plotholes are literally everywhere and pathetically obvious. For example, in the beginning when you pull the void out of someone, the person faints. But later in the show it magically make it so that people can use their own void. ha. ha. ha.

Don't worry, it's not you who didn't follow the logics and plottwist, it's the anime itself that's crap. :P