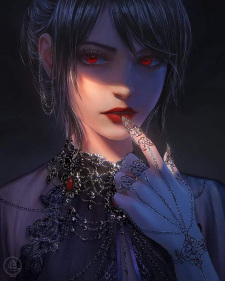 Shino Oct 11, 2019 12:23 AM
Helloooooo soarurururururu!!
I AM HAPPY TO SEE THAT YOU FINALLY REOPENED YOUR COMMENTS AS WELL WOOOOO (つ✧ω✧)つ And yeah I am finally back as promised this time, phew. Though MAL seems to be rather ded nowadays rip

So does that mean you were just login in because you wanted to talk about your dissatisfaction regarding Nanatsu no Taizai? ....Here I thought you are finally coming back to MAL and being active again ( ; ω ; )

YaoiMaster Oct 18, 2018 5:11 AM
Sorry my message is in two parts, apparently there is a character limit for comments, and I exceeded it.

Shino Oct 17, 2018 7:42 PM
I can't thank you enough for your kind words, kinda happy that all the colors combination actually looks fine after a several times of fail attempts (○ﾟε＾○)v Though I ended up changing the part where I asked for opinion entirely too - Which I feel like it's a waste to the people who I asked /sweats/

omg thank you very much soaru!! >.< the color wasnt
really my top pick but i'm glad it turned out okay :')

tsumu Oct 11, 2018 4:52 AM
THANK YOU SO MUCH SOARUUUU THIS IS A BIT BELATED TOO HA HA
It's okay, to be honest I didn't really notice my birthday this year.... it felt like any other ordinary day because of school and home assignments I was too busy to celebrate it orz although I went out with my friend to eat delicious food on Sunday
Yeap, I'm doing great ;^))))))) then again one of my friends said I'm kinda stressed this week /sweats. How about you?
All Comments