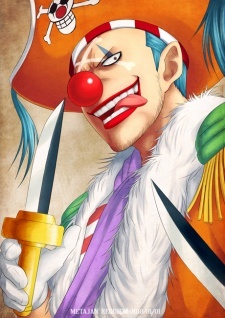 cloudandlight Aug 13, 2015 9:27 AM
Dude, I've been seeing you everywhere on the forums. I like your taste. Sad you dropped Fairy Tail. It lost a bit of it's censoring where my sisters at in the anime (somewhere during the S-class competition arc), but I'm not going to convince you to watch it, although I am hoping you pick it back up again. Anyway, asides from that, you're awesome for your list.

Archeteo Feb 18, 2013 9:11 AM
Ahh I see, it's expected with One Piece I guess, I'll just watch it at a slow pace then. I need to catch up, as I stopped for a bit and forgot everything lol, I see you don't watch much anime anymore, have you had enough?!

Archeteo Feb 18, 2013 9:05 AM
Thanks bro, I think I'll stick with the anime for now, I invested so much time in it anyway. Are the other arcs better, I'm pretty far behind, if they're not I might as well watch it at a normal pace.

Archeteo Feb 18, 2013 8:57 AM
Hey there comrade, is it just me or is the Fishmen Island Arc shit lol. I'm finding it a nightmare to get through, are there fillers after it?

link9us Dec 13, 2012 10:41 AM
I just want to give a shout out for this filler arc, *The chikara arc* i know alot of people are in in-denial of filler for naruto because they always think filler is horrible but this is an exception, as a fan of the series, you do not want to miss this. I am sending this message to most of my friends who are huge fans of the naruto franchise and i encourage you to check it out.

This filler arc has better quality animation then all of the damn series combined. Their are such high adrenline intensive action sequences later on in the manga, if they were to use this type of quality we would have nothing to worry bout but if they return to thee original animation from day 1 of the war, then its probably going to end up being sub par.

For once i wish they would just use this type of quality animation for the finale of the series, would be nice, it would go out with a bang. Just look at this shit.

Feels like im watching a high production quality movie instead of the series.

Legendary Animator Toshiyuki Suru animates and directs this filler arc and i hope he does this for the remainder of the series. It would be nice for the series to go out with a bang, but thats wishful thinking probably.

Its not just the animation either, the dialogue, the writing has alot of weight to it, you know instead of naruto using alot of his generic one liners, it seems the chikara arc is just more cleverly crafted and some of the dialogue has alot of thought put into. This is truly what naruto should of been.