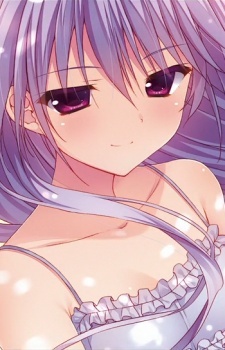 pleochroic Oct 8, 2016 4:50 PM
I agree that VNs are hard to adapt. But hey, I liked the first anime enough to watch the second one. I especially liked Yuuji. And then they proceeded to screw up not just my favourite character, but also my second favourite one (Kazuki). Excuse me for having an opinion on that. You don't get to tell me what I should and shouldn't like. Especially not since this isn't a surface opinion, but I have actually thought about it in-depth.


You're contradicting yourself because you have accepted this story, but the story is nonsense. Caring in order to not get hurt again is not what people do with Yuuji's sort of back story. Caring is what causes hurt in the first place. If you don't care, you don't hurt when bad things happen to the people you care about. Yuuji cannot stop bad things; he never could -- he couldn't stop his mother's death, he couldn't stop Kazuki's death, he couldn't stop purple-haired terrorist girl's death, he couldn't stop Asako's death. The normal reaction to so much loss is shutdown and not caring anymore. This is actually somewhat realistically told in Misaki's route -- she shut down after being left with her dead father for days. It took her 6 years to return to some semblance of normality. Soldiers who come back from "just" a war, end up with PTSD for years, which makes them often non-functional in normal relationships. But Yuuji -- with him you can hardly tell that anything at all went wrong in his past; he is fully functional, and has healthy relationships. At 17. Without so much as a hint of therapy. Yeah, I am not buying it. At all.


The manipulativeness isn't caused by adaptation compression, because the abuse would be the same even if it stretched out over 12 episodes -- and again, I am not rating the source material, I am rating the adaptation. The first anime is incredibly compressed from what I understand, with some girls just getting a single episode. I didn't feel manipulated by it (well, not beyond what I consider normal for VNs which seem inherently manipulative because it would need one hell of an amazing writer to make them not so). But the entire Yuuji episode reeked of it; it felt completely inauthentic, like somebody was just trying to mash my feels button, and that was all it did. If that didn't bother you, great; no skin off my back -- I didn't come to your profile to complain that you didn't get it because you lack some deeper insight.


I disagree that anyone is obligated to find some redeeming value in a work of fiction. People can like what they like, for whatever measures they care to apply, and the rating system goes from 1 to 10, which means 1 is an acceptable choice. I can't count how many reviews I have read here where the reviewer totally didn't care about redeeming features I saw -- so what? I have better things to do than police other people's thoughts. I can't even remember when I last gave another anime a 1, if ever, actually -- I don't even give 1s to shows I drop. I give 1s to something I consider offensively irredeemable, something that completely ruins the show for me, where it doesn't matter how nice the art and the music are, and that Sakurai Takahiro could read the phone book and I'd buy the CD -- because the story is absolute crap.


I didn't need to ponder why they used the tropes they did, because it was blatantly obvious: to make me feel deeply sorry for Yuuji and forgive any character flaws he might have. There is no deeper psychological meaning behind these tropes to ponder; that is in fact the problem. The thing is that any of the abuse Yuuji endured would have been enough to cause him to be the person he is; most of it is just gratuitous and serves no purpose other than push the feels button ad nauseam. Just the backstory with the parents would have been enough. Have the parents die early and being raised as a child soldier by a terrorist would have been enough. The piling on of more and more abuse is what made this manipulative (and I despise when sexual abuse is thrown in gratuitously). And it is what makes it unbelievable that Yuuji makes any caring connections with those girls. Seriously, the guy still avoids trains because his mother sent him to the train station; he hasn't gotten over that minor bit. It's completely inconsistent. In comparison, Amane feels survivor guilt and is trying to atone for it in some unhealthy ways -- I don't even like Amane, but I feel for her. It's a trauma that affects people for years, it's believable, it feels authentic.

pleochroic Oct 7, 2016 8:04 PM
Anime must stand on its own, not rely on people having read the source material.


You're adding to my impression that Yuuji's portrayal is inconsistent -- you disagree that he's shown as caring, but in the same breath you say he wants to protect at least one person he cares about. ;) How is that not caring? How would it even make sense to have a romantic lead who's not caring? Who'd want to see any girl hook up with somebody who doesn't care?


I think he's portrayed as caring all throughout the first anime. Not as a surface impression, on the surface he is indeed cynical (and he's definitely laconic). But underneath it he does a lot of things which nobody would do if he didn't care. And he does it for every girl, not just one person. I liked his character in the first anime; I liked him a lot better than I like the usual bland/naive/dense insert character in harems. Being cynical and caring, maybe even caring against one's will, is not a problem for me at all; it's entirely possible to be both. People can experience disappointments and trauma and still care.


But being a cold-blooded hit man after your childhood has turned you into a total psychopath means you don't come out caring for every girl you come across, especially not when every one has betrayed you. No human can maintain that sort of dichotomy. Have a look at real child soldiers some time, it's frightening how little humanity is left in them. We can't cure psychopaths. Certainly not while continuing to use them as killing machines. With books so they can read about feelings? That's complete nonsense.


My primary objection is the rank manipulation by throwing the kitchen sink of abuse at Yuuji. I don't like being manipulated. Having some abuse in Yuuji's background would make sense. The story of his father and mother alone would have sufficed. It would have felt real, and it would have evoked empathy. But piling it on and on was a crapfest. One reviewer said he laughed all through the Yuuji episode. I didn't laugh, but the manipulative story made me not care anymore, and ruined the character of Kazuki for me, whom I had also liked a lot.