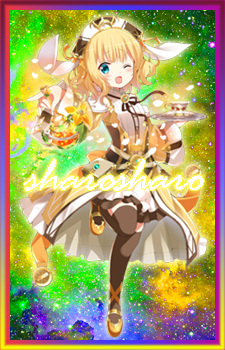 ShiroKuran3812 5 hours ago
That seems fair. I find I can't keep up with Boruto anymore so I am considering reading it as opposed to watching it after I had a friend spoil each episode for me as I got up to them. As for One Piece I have trouble figuring out where I am up to too. I am still playing catch up to a degree. I have to also admit I can't seem to find a factor of Boruto that I actually like despite others raving about it and saying how good it was and whatnot. Jujutsu Kaisen is an interesting watch in many ways as it is similar to Naruto without sticking to the whole Ninja versus Ninja stick. Instead, it involves them taking down demons. I recall watching a little of the latest season of One Punchman but I am yet to catch up. But still finding gems (so to speak) in the anime realm nowadays is kinda hard. I have spoken to a few friends who instead of watching latest anime have taken to rewatching the old anime they enjoyed.

ShiroKuran3812 Apr 13, 5:02 PM
Man that series has taken a long time. I got it on DVD and watched it all the way through several years ago now. Been waiting for years it seems since for this second season. I think after i finish attack on Titan i might not watch all new anime. But rather only a few and otherwise focus on some old anime maybe. But for now i want to think it through. But mainly its cause i hardly have the time to focus or remember that a certain date a new episode comes out. Its too much of a pain. I have had so much trouble with One Piece due to that factor yet i still like it.

ShiroKuran3812 Apr 13, 12:52 AM
Alot of the anime coming out are so much like others its becoming rather repeatitive. I just can't seem to enjoy them. So i end up rewatching.

Have you found that also?

Tslil Mar 15, 2:47 PM
The language we speak in Israel called Hebrew, it is one of the most ancient languages, Jewish people speaks it for thousands of years. And I think the sentence says "ואהבת לרעך כמוך" which means love your friend as much as you love yourself. It's a very famous saying.
It's also common to say that if you take the entire Bible to one sentence it will be this saying cause loving yourself and the others around you It's the most important thing.

I joined it but I don't get how to use it, maybe I'm to old

Tslil Mar 15, 6:37 AM
What a beautiful bracelet
thank you very much

Johannesputin Feb 15, 1:14 PM
Hey where have you watched Koro-sensei Q?