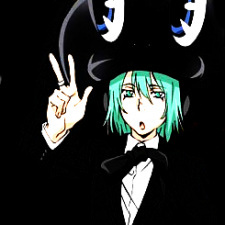 HeroVladimir93 Jul 5, 2019 7:55 PM
Ryota is a great actor. For these past few weeks, I've been watching anime that have featured Ryota in a starring role like Ulysses, Girly Air Force and We Never Learn and I'm pleased to see how Ryota handles himself with everyman characters. He has a soft and gentle voice like Nobunaga Shimazaki and Soma Saito, and I hope Ryota can sustain his career for the foreseeable future.

HeroVladimir93 Jul 5, 2019 2:59 PM
What I love most about Kei and Nariyuki is that they are the proverbial everymen, the characters viewers are supposed to relate to the most or the easiest. They experience much of their respective universes for the first time and they ask the questions we ourselves would ask in we found ourselves in those exact same situations. I think Ryota is a good VA for everymen characters and I hope he can voice more characters like Kei and Nariyuki in the future.

You need something from me?

Yes well I am a little bit older so back then we only had that version :'D It was the best thing ever!!!! Though I recently watched the newer version and the plot was more satisfying than the first one... but I still have a lot of fond memories of the first.

Similar with Hunter x Hunter, I like the first version too... again it had a mind of its own and didn't follow the manga but it was really intense!!

Ehh I should update my profile, the last time i touched it was 2011. That was the year I graduated from uni and began working :'< Everything is so outdated lol

I think both shows are fantastic but different, and in order to choose which one you should watch first you should think what kind of anime you want to watch at this moment. If you want to watch something that involves great intellectual battles and a well thought "detective plot", you should watch Death Note first, but if you prefer where the MC fights against time itself in order to safe those important to him, Steins;Gate is a better choice.

Furthermore, even though they're both mainstream anime, they have a mature atmosphere that makes them really enjoyable. In fact, even though their themes are completely different, thay have a similar kind of aura, which I think makes them special.
With that said, if you want to avoid some anime stereotypes you may prefer Death Note, but that (in my opinion) doesn't make it a better show!

In conclusion, given that both shows are somewhat similar, but their themes differ, you may be able to choose if you take into account which kind of show you want to watch right now, but the order is indifferent because I think you would really like both of them and you'll probably finish them really fast (they're addictive).

I'd really like to know your opinion about these shows as soon as you watch them, so do not hesitate to tell me about it! :)