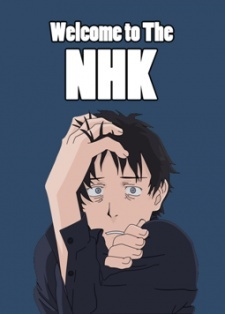 True. Already 3 years... reading now our firsts comments, it really looks as it was yesterday. And thank you for remembering always the day; I'm pretty bad remembering days (apart from my own birthday and also Asuka's) ^^U

So, as for Zipang: you're very right. I also thought the end didn't finish anything and that it could mean that a second season was about to be released. However, just see the year of the anime: 2004-2005. I would also like to watch its hypothetic second season, but it's very improbable that there will be any. And it's really a shame, because the rest of the series was pretty good. Also, considering the year of production, animation wasn't that bad, and it was very interesting historically. So, in general, I liked Zipang very much, but the "end" was a bit disappointing without a second season.
(BTW, I think the title "Zipang" may be related to the name the first Europeans gave to Japan when it was discovered in the Middle Ages: Cipango)

And yes, I do remember of you telling me the American version. I still prefer the Japanese one, of course xD

I like tennis, yes, but I'm not following torunaments lately (I would like to, though). So did Rafa lose? Sad for us, but I'm glad Switzerland could celebrate a victory after Federer is not as powerul as he was before. However, I did read some news about that match and it seems Nadal stated that it was his "worst 1 hour and a half on a tennis court".

Oh, and I see you completed Zipang. I think the end could have been better, but in general I found the series to be pretty good.

So, first of all, Happy New Year (or Prosit Neujahr, as they always say at the New Year's Concert of Vienna). We also have the tradition of the crown and the little figure hidden into a cake. What we eat here is called "Roscón de Reyes" ("King Cake"). I got the crown of last year and I put it on an plushie of Asuka ^^ But this year I also got a new crown, so I'm still thinking where to put it. Maybe I could wait to get a third one and combine them into a Papal Tiara (the crown of the Pope, which consists in three crowns) xD.

My New Year's Eve wasn't bad at all. We had a good dinner and ate the "twelve grapes of luck" (a Spanish tradition from 1895). But anything special at all, just the same as every year. Then, the next day, we woke up early at home and watched the New Year's Concert of Vienna (Das Neujahrskonzert der Wiener Philharmoniker) as we always do. Again, seeing all those people playing instruments so elegantly, encouraged me to finally begin this year to study violin.

I'm glad to see you had a special New Year's Eve. And the idea of that cosplay is great. Nothing better than making a cosplay of your own country.

As for anime, I'm very glad that you're enjoying Zipang. I liked very much the dilemma the crowd of Mirai has, between helping their ancestors against American invasion and not to move or interfere, trying to avoid the Butterfly effect. I found it pretty interesting. Animation may not be the best of all, but you already know that I prefer a series with good plot and normal/old animation, rather than a HD anime with a simple story ^^
I hope you like it at the end.

And as for your second comment, yes, from June of 2013 to July of 2014 here is the Year of Japan and in Japan it's the Year of Spain, in order to celebrate the 400 years of relationships between our countries. The Imperial Heir of Japan already came here, but our Prince Felipe has yet to travel to Japan.


This is the trip of Hasekura Tsunenaga in 1613: HERE. Firstly from Sendai to New Spain (Mexico). Secondly, from there they travelled to Spain, where the Japanese met our king of that time, Felipe III (well, Philip III in English). Afterwards, they went to Rome to meet the Pope (the Japanese emissaries were converted to Catholicism during their trip). And finally, they returned home using the same route, but some of the travellers decided to stay here, not to feel again the agony of two ocean voyages (Pacific-Atlantic).
Oh, that's nice too. I see we both have a Year of Japan. Will there be any celebration for the 150 years of the amity treaty there?

Finally, talking about figures, I received last week two new ones of Asuka I had ordered on Amazon.es (old figures difficult to obtain already), so I'm trying to find a suitable place for them.

And you're very right, yes. I'm glad you remember it ^^
In Spain we celebrate Christmas Day as it is, I mean, as the birth of Christ. Many people also celebrate here "Santa Claus", but it's not common at all. However, we do give presents to others on the 6th, the day of the Three Wise Men (or the "Day of the Magic Kings", translating from Spanish), who went to Bethlehem and gave presents to little Jesus. It's basically celebrated in Spain and it's former colonies (Spanish-speaking South America), but it seems it's also celebrated (not holiday though) in other catholic countries, or even in some parts of Germany, as Bavaria.
As a curiosity, if you remember, the three great computers of NERV have the names of these kings: Melchior, Caspar and Baltasar. It just came to my mind.

I ordered some things for that day (a figure for example), so my merchan collection will be increased that day ^^
And we have holidays until that day too (from December 22th to January 6th, in my case as a student).

Saint_ Aug 30, 2013 1:55 PM
Well, everyday I learn that life just gets harder and harder... I wonder how long would people live if they never had to worry about anything, but on the other hand without these challenges life would be dull, wouldn't it? Funny that the biggest thing I'm scared about is reading Spice and Wolf (novel), this is my longest story I've been wanting to know, how it ends and how it will evolve. Now I found out that all the volumes have been unofficially translated and I'm scared! :D

What is your favorite manga/anime that left the greatest impression on you? Or maybe it is still ongoing? :D

To Shanghai? O.O Oh my, that's really surprising. I hope you "enjoy" it, or if not, I hope it's not too tiring at all.

And yes, I can imagine you were extremely nervous before it was your turn.

And as for the film, is that shine something you put, or is it the sun? I didn't think it could be so sunny in Swtzerland xD It reminds me of the "Salón" of May, which is really hot until you enter the building and massive AC makes you forget it's almost summer.

As for the Year of Japan-Spain, yes it's very interesting and indeed, that were still the good times of the Spanish Empire ^^U As the strongest power of the world by that time, it's normal that Christian Japanese decided to travel to Spain, rather than to any other country. Some days ago, the Heir Prince of Japan visited the village of the south of Spain where the Japanese expedition arrived at. There're still Japanese in that village, in fact; descendants of those who didn't want to return to Japan and stayed here. They all have a curious, but appropriate, surname: "Japón", which is "Japan" in Spanish xD

Oh, so 3.33 has nothing NSFC? xD That's good to know, thank you very much for remembering my request. It seems the film will come to Spain in Blu-Ray/DVD very soon, so I'll wait to buy it. I have 1.11 and 2.22 both in DVD and Blu-Ray, so I think I'll do the same with this one too.

Oh, and now, let me recommend you an anime, please. They're 2 films and the main character is Spanish. First one takes place in Spain (the south of the country, in Andalucía... or Andalusia in English), while second one is in Japan. The names are:
- Nasu: Andalusia no Natsu (Summer in Andalusia). HERE
- Nasu II: Suitcase no Wataridori (A Migratory Bird with Suitcase). HERE

*Sidenote: it's not that hot in Spain and not all the things showed are so exaggerated xD (like flamenco dances or that Andalucía is like Africa ^^U)
As for the fansub I linked to you, it's Spanish, but with English subtitles too: WeHateWatercolors. Default subs are Spanish, but you'll see that there's the option to change to English too. They did a very good job with it, so I hope you enjoy them ^^

chirale Jul 1, 2013 4:02 AM
Hi radioguy. I've seen you have Angel Beats! in your favorites. Would you like to join PA Works club to celebrate the studio behind this title?

If want to know anything I'm watching let me know, IGPX has been pretty good.
All Comments