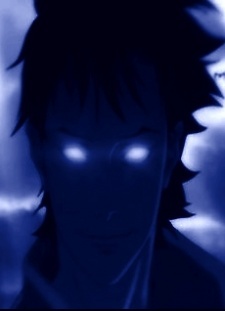 ladyxzeus Nov 29, 2008 1:05 AM
I warn you that it will be hard to convince them that "relative sciences" have their value. I quitted already. xD Good luck *keeps reading*

If you go to see all on the comments, you should be able to find it.

TemplarXIII May 30, 2008 7:10 PM
As much as I want to agree with Pascal, I'm pretty much in the same boat as you. Philosophers have suppositions in classifying knowledge in two categories, a priori, a latin expression for denoting something that is inherent and at most times self-evident, while on the other hand you have a posteriori something that is more towards experience or deductive, so to say. Im sure you saw this.

With that said, does innate ideas/thoughts exist then? Well, I do not have the vindication to you there is, nor do these supposed philosophers. Ill admit, a lot of what they say makes sense, but read to much into it there's a possibility that you may expel some of your own beliefs in the proccess.

The more you look into philosophy, the more it seems to venture into the threshold of divinity; the seperation of the shell/body and the mind/soul(anima et animus). I suppose my point is that only you can decide.

However, if I were to distill some of my thoughts, the whole correlation between humankind and the "extremes", where we are supposedly "disproportional"; well, don't we have it in ourselves the infinite capacity to be either "good" or "evil"? In a sense, arent these two moral antipodes, "extremes" in which we possess?

Now for us bridging the gaps? I think we may have to undego some sort of transcendence, whether it be philosophical, spiritual, intellectual; take your pick. Now's that's just my opinion. Honestly, that's why the subject of the afterlife, existence of God, us unlocking the secrets of the universe are so controversial. Most of which is abstract and requires some sort of tangible evidence, viz., a posteriori knowledge. That's what most people want these days. People can continue to talk with no straight answers, but it is ultimately up to you to decide.

Kind of sucks being ignorant though...

masaba May 30, 2008 11:13 AM
I also saw your post on the "Afterlife" thread, and I found it very interesting that you posed some questions that have puzzled me for the greater part of my life. How the universe came into being, the audacity of truth and other things that tend to just go in circles when you try to wrap your head around them. Very, very interesting.

LoL! But nah, it will always be the best to me.

TemplarXIII May 23, 2008 6:33 AM
Where I got the specific idea from Blaise Pascal, I believe was in his essay entitled,"Thoughts", and in the session of this essay titled, "Man's disproportion".

As for Le chevalier D'eon, one of the best i've seen. Well if you're up for some historical fiction mixed in with supernatural phenomena.

TemplarXIII May 22, 2008 10:14 AM
I saw your post on the "afterlife" thread, and I'm going to have to agree. If I may, Ill use an idea that Blaise Pascal proposed. What he basically said is that there exists the two extremes in nature, the first which is Nothing, and the second being Infinity, viz., Ad Infinitum. All of humankind and life we conceive before us is merely a mean of the two extremes. With our very short life spans and fallible minds, we do not have the "infinite capacity" to grasp the two extremes. We aim to get to the center of things with alacrity; yet we cannot embrace the circumfrence, id est, the extremes, which is our percieved reality. This idea coincides with my beliefs of being an Agnostic.

I kind of find it absurd that we try to use a scientific perspective on something as abstract as the afterlife and divinity. It's not as if these ideas are empirical, and they certainly do not fall under the clauses of "Falsifiability", id est, where we as humans can observe and experiment to prove it or disprove it. When you try to apply a human convention such as science, on something such as religion or the afterlife, you're only going to get so far. I do not think science can explain everything in absolute. Of course, some of which I said is reflective of my subjectvity, and everyone is entitled to their opinions.

As for Quantum Mechanics, I read a couple of books on it, which I understood to some extent, but it seems more counter-productive, than actually providing a explanation. They supposedly say that the microscopic world does not function in accordance with Newtonian Physics as with the macroscopic world; the Heisenberg uncertainty principle, where we can only know the position of an observed subatomic particle at a given time, but not its velocity or vice versa; however, you can never know both. Its all to convoluted, and I don't think I would take the time to understand it. Well, maybe not right now :P

Olire Apr 27, 2008 9:58 AM
I'll watch Gungrave, i am obedient and trustful.
Thanks for taking the time to pick something for me.