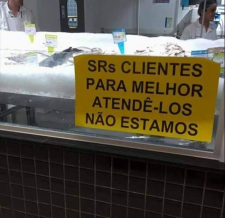 Kurt_Irving May 21, 10:34 PM
Hello again miss! I hope that you've been having some degree of fun this spring. Not sure if honeysuckles grow in Portugal, but they love peach growing states and Japan.

My old home, Georgia state, has plenty of these spring flowers.

Oh yeah! Peaches will be harvestable on early Leo day, but everyone knows that. Georgia state is also kind of swampy with snakes and alligators, but not like its southern neighbor.

Other than that, I will be re-watching Zegapain and Ghost in the Shell as I wait for the next Fafner anime to come out.

With that said, I plan on learning Portuguese, German, Japanese or additional languages after I'm done with my current studies.

I wish that I was a braniac like C3PO, knowing so many languages.

Would be nice if I could share one of my Gelocities with you and they are Japanese made.

Anyway, I'll be working hard for the Zebra Z-Grip Flight so I'll catch you later.

RomanceEnjoyer48 May 9, 12:01 PM
Ohhhh hahahaha, you got me. I'm planning to learn portuguese eventually, also the french. I like to learn more languages 😄

RomanceEnjoyer48 May 8, 7:19 AM
Hi, my fellow Latin American. Thanks for accept the FR 😄

Kurt_Irving Apr 13, 2:22 PM
Anyway, I was wondering if you are ready for Easter Day.

Oh yes! I re-watched Tenchi Universe last week and I remember eating pizza while watching that anime on TV. I may revisit the OVA universe or the Ryo-Ohki stuff.

There is supposed to be a new Fafner anime this year, but it seems to be delayed at the moment. But I'm sure that it'll be worth the wait like future Macross movies which will be released worldwide.

Apart from the Tenchi OVAs, I'll be re-watching either Sakura Wars, the original Fafner and Zegapain this year.

Next anime that I might watch is the third season of Fafner which has the Gundam SEED character designs a Libra friend of mine grew up with. Season one came out in 2004, but I discovered it in 2008 via TV. Same year that got me into the 2006 Fate/stay night.

2006 on the other hand was the year that got me into Argento Soma, Hellsing, Solty Rei, 009-1, Trinity Blood and even Kaleido Star.

Kurt_Irving Jan 13, 1:19 PM
I also want to point out that instant messaging is not as faster than snail mail. Anyway, I hope you're having a good January, the month of my jolly, early adulthood friend's birthday (an Aquarius by the way).

I also plan on re-watching some old favorite anime as I ace Calculus 3.

Kurt_Irving Jan 6, 9:53 AM
Oh! It's cool and I really love the fact that you are diligent. More arduous and professional than these kids or zoomers on MAL. Playing Genshin Impact, using TikTok and sitting on their phones all day.

The holidays were splendid because my brother sent me Zoids Assault.

revzy Dec 25, 2021 8:57 AM
How was Christmas? Personally, I had a great time but I'm currently suffering from one of the worst hangovers in recent months lol

Kurt_Irving Dec 13, 2021 5:49 PM
I know exactly how you feel about Slayers and I used to think it was a cool until bit too cool until I watched Sorcerer Hunters.

By the way, I got another American friend your age who loves the series. She's also a Gundam fangirl and she has a fiance from Hong Kong. That chick also loves old-school anime, kind of like you and my Brazilian friend.

So yeah! I prefer Sorcerer Hunters to Slayers and both anime feature the infamous Megumi Hayashibara.