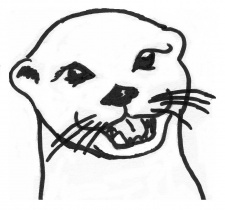 I knew it had imperialist elements within its framework though I had never quite looked at it like that. My initial impression was just the show looking at imperialism from a bourgeois perspective (so I feel kind of stupid not noticing that it would have likely been an act of pure opportunism on behalf of the creator). The propaganda didn't ever occur to me, but now that you have pointed it out, it's clear as day.
Then again maybe I just wasn't mature enough to recognize that kind of thing.

However, I think I got caught up in the shows attention to world-building which I always love seeing in a show, and as you pointed out.

Thank-you for your enlightening perspective.

Moresca May 13, 2012 10:54 AM
Just wanted to let you know that reading your review for Seikai no Monshou was very enjoyable.

I decided to watch the series partially based on its average score here on the list. Talk about overrated! After watching the show I was so annoyed with it that I actually wanted to rant away in a review of my own. But you already said it all. So no review from me but thanks for yours.

Lumana Apr 19, 2010 9:43 AM
Yup You better start Baccano! again, cause it's just as great as Durarara!!
Bad first impression? Cause it's a bit confusing in the begining? Who am I kidding? It's confusing even in the last episodes :D But to put this aside, it's a really great anime, so you have to see it! :)

Lumana Apr 19, 2010 5:05 AM
Hello! Thanks :) Your list is fine too, but You've seen quite other shows! :D
I have only one question to You. Why did You drop Baccano!????
Oh, tu est de la France? Si tu veux on peux parler comme ca aussi, mais ma grammaire est vraiment mauvaise :P

Thanks. I see you're watching Erin, how is it so far? I really want to watch it since the story is by the same author that wrote the Seirei no Moribito books, and it looks really promising.

zenoslime Mar 1, 2010 8:03 AM
Haha, I'm sorry that you had to endure reading that. It really blows me away, quite honestly, because this guy normally has a very good attitude about things and I agree with a lot of his views on multiculturalism, feminism, etc. In this case, however, it seems to me that he doesn't even realize how deluded he is, and when he seriously argues something like, "He took these girls into his home out of kindness, because they had no place to go..." I just want to throw up my hands. Or I wonder if he's just trolling...

Now he seems to blame me for upsetting him so much that he can't enjoy anime (errr), but I think if he's serious, then he's probably struggling to accept that he's deluded in his love of all that is moe and cute, no matter how creepy or underhanded it gets. He had a nitpick for every little thing I said, because it challenged his way of thinking in this matter, which (to me) is horribly backward — unfortunate, when otherwise he strives to be such a forward thinker.

I don't mean to sit here picking on him, but it was frustrating, because I expect better from someone who puts so much thought into things. Seems like he's spent an awful lot of time trying to intellectually justify his taste for moe. How can anybody who talks about wanting to break down gender roles take himself seriously when supporting that crap...? Epic troll, or merely deluded? You can see how I lost my patience, I suppose.

Anyway. If you haven't already reread it, I revised my actual review and reposted it (which is how this all began, haha).

zenoslime Feb 4, 2010 6:22 PM
Haha, no problem. I've seen other pictures from that same photo shoot, of the woman standing there all painted up, and she was smiling in others. So I'm sure it's not like she suffered through it too badly, or was subject to body-painting against her own will. And she was modeling for art, so it's not like she was grimacing through a raunchy porn filming or something. The more serious look on her face with her chin tilted up like that (so she's almost looking down her nose at you) was very attractive to me, personally. I thought it was a beautiful image, subverting the portrayal of female behavior in shoujo manga. At least, that was what I saw in it.

I suppose this could be reversed, and it could be seen as a comment on the stoic appearance of Japanese women and a longing for more open emotions...? Which may or may not be somewhat disturbing, but I guess this is the interesting thing about superflat.