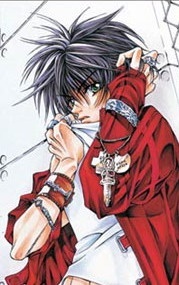 Oh my gawd its been so long since i've been on MAL!!

Its been a wild past few years for me XD

I do hope we can catch up!

I've been tryin' to update my MAL these past few weeks and reminscing on a few things on my lists..

I've missed our conversations however short they may be XD

kazue Aug 3, 2016 7:56 PM
I don't know when the last time I've logged in to MAL. I believe it has been couple of years. And between those years, I haven't watched any anime or read any mangas. Been caught up in the world of fanfiction (literature and I'm just a reader)

Plus big changes in my life trajectory.

Can't remember what my clubs in and what about and my profile panel need to be revamped..hehe.

i've missed our conversations XD
i've become a lot more busy this year XD
hopefully we can still be friends even if we barely communicate anymore..
I'm still at work and there's been this nagging feeling i have in my head like i've forgotten something very important for awhile now and i've just remembered my account here! i new i forgot something :)

i'm of the working class now.. everything's been different.. and I'm really sad to say i've been behind on my dose of anime T.T

well besides that I'm still the same :)

sorry for the late greeting!!
i was at a province and could you believe that there wasn't any internet connection????? o.O grrrrrrrr..

we just got home!

hope you had a wonderful Christmas and new year!!

LINKS
Newsletter sign up
This probably will be the last for those not signed up~! You can sign up anytime~!
Member Cards
500+ SE still open~!

besides i dont mind the long wait... it lets me have more things i can tell you about =)) i really like having our little chats =)

have fun watching one piece!! i seriously gave up on that one... T.T hhaahah...

i have been updating my manga list and adding a few new additions... but i just cant seem to keep up with their anime adaptations and such... lately i've been enjoying a lot of manga and have recently started reading the ones i've already seen as anime...

so many titles yet so little time for them... luckily im on my last summer of high school.. i have some time to spare before i enter college...

that's my side for now! hope to hear from you soon kazue-san!

how did u start your new year??? mine's pretty boring...

but i've been searching for new anime and mangas to enjoy...

sadly i've only found a couple...

wishing you the best this new year!!!!

JusticeUndone May 26, 2011 4:05 PM
Hi there!Come and join our club! There you'll find other anime fans over 20, make funny/serious convos and have fun! Hope to see you in our forums! :)

we've been talking and listening to each other for a while now...

but neither of us are even friends on mal!! ahahah!!! i sent u a friend request k!! ahaha!!

OR IS IT BETTER THIS WAY???

there aren't a lot to do during summer here...

i only plan to be drowned in the most addicting types of anime before school starts all over again...

its going to be the last time i'm spending summer as a kid!!
as soon as school starts... its goin to be less aNIME FOR ME.. BOOHOOOO..

i just wanna laze around ahahah...

what type of work are u doin??

its summer vacation here.. soo i hav some free time!!!

hope u've been doin' better than i hav!!!

bokukuro Apr 22, 2011 9:08 AM
"Masashi Kishimoto, creator of Naruto, who openly declared that he liked shounen-ai, his favourite pairing was SasukexNaruto and that he was going to give the manga an end of that nature. Though it's going to be an open-ending, it will be preceptible that Sasuke and Naruto end up together"
What do you think about it? Even if it's fake, I think that's possible.