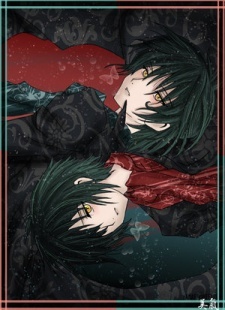 I started watching anime when i was 10yrs old... now i`m more into mangas. I love Clamp series the best ^^ And i also love Manhwa, my favorite being Nicky Lee. In this New Year, I wish all your troubles vanish like magic. you achieve all your goals in life, and get success at every step of life. May happy times and warm memories brighten your New Year.

I'm not on here often but I was able to find many nice things to watch from your lists and ratings.

Bluesander Jul 29, 2012 5:00 AM
It's been a REALLY long time indeed o:
I've been good. Just too busy to keep up with everyone here. D: So glad it's summer though.
How bout you? Anything exciting happening in your life? o: It's been forever.

K-tice Apr 9, 2012 5:54 PM
Hi Ana, sorry for being so late with the reply again. When sis went home, she sort of abducted me with her, and as much as those guys (and gals) are great fun to be with, they are also very demanding, attention and mental-energy-in-general-wise. So after two weeks with them, I came back home completely brain-dead and it was only few day ago I suddenly woke up and remembered I actually have this comment from you here, waiting to be replied to. :-)

Glad to hear you're ok, and you're right - lucky kitties. Sometimes I really wish I could sleep through everything, exactly like them. Especially winters, I already have an ambiguous attitude to them, but this one was especially weird. Looks like it was a Europe-wide occurence.

What, has it already been two years since we last spoke? That's just incredible, has time upgraded to warp engines or something? :-)

So, how do you like your new job? I hope they properly value having such a great member in their team, or else...! :-)

My studies are currently stalled, I've been having some health problems and they eventually started to interfere with my school responsibilites so much I had to take a break. I feel a lot better now, though, and I'm slowly pulling myself together and hoping to go back to school soon, possibly this autumn, or the next one at the very least.

My nephew is doing well, and he grows damn fast - he's already fourteen, taller than most of the people in our family, speaks with Berry-White-deep voice and gets smarter and more skilled in dry humor usage every day. :-) He still has the same cute chubby cheeks he used to have when he was a baby, though (which you can definitely imagine I love to tease him about). :-)

Looks like giving up on anime/manga has also become an epidemy, I haven't watched almost anything in the past year or so, too. I might start again, though, there were some interesting new series lately I'd like to check out.

J-doramas, huh? I've become interested in them lately too, but given the sheer amount of shows, I have no idea which one to pick. Have you watched some especially good ones you could recommend me? I'd be really grateful for that.

Anyway, it's great to be able to talk to you again, so I hope you haven't give up on me yet because of the huge answer delay.

Take care and see ya!

I'm doing fine, and what about you? How are your cats, job, family, bishies and all the other vitally important things? *snickers*

I'm expecting a visit from my sister's family soon (probably tomorrow) and as they going to stay for about a week and my nephew will quite possibly hardly let me use the computer the whole time, I don't know when I'll be able to talk to you again, but I'm really soooooooooooo happy to meet you after all this time!