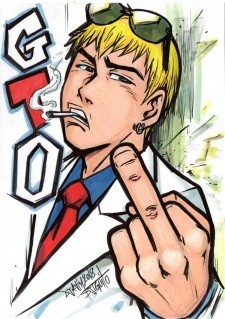 ManlyTear May 20, 2020 4:02 PM
Btw, would you like to join a DnK disc server? Not talking about the main huge one, but another smaller one(mostly hina fans, lol, few reasonable Rui fans too though). We have chats about DnK mainly, and some other series as well.

ManlyTear May 19, 2020 4:27 PM
They just wanted their ship to sail no matter how convenient it would've been due to 249+. Pregnancy card,dumb loss-of-taste that comes in as fast as it goes, Ben arc conclusion was a joke, reveal to parents went fairly easy and worst of all, Natsuo never knowing for sure how Hina felt about him. Ending like that would've been a joke, lol, if convenient.

I laugh my ass off when I hear "200+ ChApTers oF RuI x NaT devElopMnt DoWn ThE DrAin,reeee!" as if Hina was never there, when she was by his side almost all the time when she got back from the island, even if as Hina-nee. Got a decent reddit post I saved about it, lol: https://www.reddit.com/r/DomesticGirlfriend/comments/glca8k/what_the_hell_is_going_on/fqzx7wn?utm_source=share&utm_medium=web2x

Guess we'll be basking in their tears for a while :)

ManlyTear May 19, 2020 3:08 PM
I did, the moment Sasuga showed that she won't just conveniently end the story without Nat ever finding out how Hina really feels about him, it was game. His love for Hina was something else, and Hina's for him was next level. Rui a lot to match it and never could ~ she realizes this and also completing her own emotional growth, does the 1st selfless thing she's ever done in this story(took her a while...) and sets Nat free.

Imma make this my hill & live or die on it. Hina's always portrayed as the pure love/fated love type of character, while Rui's the one trying to experience what her sister did and often tries to emulate Hina, but never manages to completely. Nat just needed to not be left in the dark about her feelings. Rui's fine without Nat, but Hina & him are just meant to be. Hoping to see a recovery sooner rather than later, as I want some wholesome Nat x Hina moments for closure, lol :P

MonkeyDnatsu Apr 4, 2020 4:22 AM
Your Infinite Dendrogram review is good and bad at the same time. I agree that the show is bad. However, this isn't an Isekai the only comparison here is that it's like SAO, which is funny because you can also compare it to any video game anime. I think this anime shares more similiarities to Cube X Cube X Cube and the fate series.

ManlyTear Mar 23, 2020 7:10 AM
Lol, bruh, I've noticed your comment on the sub here, as I was engaged in a discussion a few days ago with the "mob" ~ MgMaster's the reddit name, I have my moments where I post a lot, and moments where I don't at all.

Feast your eyes on that disturbingly venomous mob mentality. Like, I've rarely seen so much sheer hatred towards a character that has in no shape or form any ill intentions & is the complete opposite. Like, one person there literally called it "statutory rape" on Hina's part & consider her the same as an actual malicious, creepy & manipulating teacher that should actually be in jail. These people honestly scare me sometimes.

ManlyTear Mar 20, 2020 5:31 PM
Assuming you haven't already been to the DnK sub already & left, I'd point you to it if it didn't become a Rui circle-jerk in the past few months. Still, there'a few of us Hina fans that are still vocal there, and probably a lot more that are just lurking but still come out & give their thoughts once in a blue moon.

Alas, the Hina witch hunts are real there, to the point where I find them hilarious to read :P Like, I'm talking mob mentality with pith forks.

King_Korubi Mar 1, 2020 1:26 PM
Just read your review of Hatena Illusion, it was pretty good. I do think you were a bit harsh on it, because my big problem with it is that it's just a nothing show. There's nothing to say about it. Nothing notably good, nothing notably bad, just very very bland.
All Comments