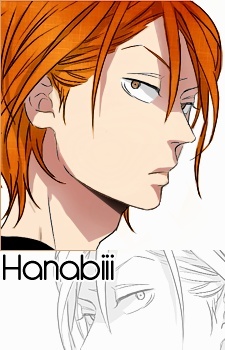 haha is that all twitter is good for? My brother told me he uses it for the same thing xD Hmm I just realized I stalk- uh I mean follow a couple people/companies on twitter without an account, but it would be easier with one wouldn't it, huh. And I can talk to my bro too. I'll make an account tomorrow after work and post a comment here or you can PM me your account or whatever. If that's cool with you :3

I've been getting a little bored of MAL lately anyway, besides doing mod work I don't talk to people much anymore! And anime kinda died for me after watching Fate/Zero. Well, for trying new shows at least. Stupid awesome show >_<

Also, Tom Hiddleston... *v* Haven't seen him in anything other than Thor and Avengers, but I have watched A LOT of interviews.

Monochrome May 27, 2012 10:52 AM
fffuuuuu I'm still bad at replying ;_;
Glad you like it! :3 Man that sounds like such a busy day, and that's normal for you? Well as long as you're fine and think it'll all pay off :) Not sure if I could do all for some days in a row, even if it's for something I enjoy, heh. But I'm just really lazy is all... Tho I have been busy recently as I finally found a job (2 actually) with 1 relating to baking so I'm moving along with my career~

Law's coat is awesome, and his badass pose when he first appeared *3* Our One Piece discussion were fun, how dare real life get in the way! But I understand lol
I don't have a twitter as I haven't had a reason to use it, but if you think we can chat more there I can make an account :3 Just PM me your account name or link when you get the chance and we can try it~


He has been so badass in recent chapters btw <333

Looks like life has been keeping you busy. I hope everything is going well for ya :)

omakase Dec 2, 2011 7:56 PM
You're right :D
also that Trafalgar fanart in your profile is simply fantastic! He's so attractive... I love One Piece fanart because everyone looks so good!

I'm a bit curious about the red-head in your profile picture, who is it?

Monochrome Aug 28, 2011 6:07 PM
Thank you <333 D'aww that's such a pretty picture too :3 Is it from pixiv? (I rarely look for One Piece fanart, sadly)
Despite the power being out for half the day (stupid hurricane Irene) it was fun :) Hope everything's going good for you as well~ haha isn't it? One of my fav Greedling pics <3

We are nearing the end of the Best Flame Elements Tournament, and damn, this tournament matches are getting hot. Now, it's your time to vote for the better representative of the given Flame element!
You can vote in Match 3 and Match 4!

Also, we have a little surprise for you people. :) Well, more like little present for fastest out of you!
Anyway, you are free to request one of our 3500 Limited Edition Cards! Be quick, only first 300 will get their cards!

Thank you for making us the best KHR! fanbase on MAL.
~ KHR! FC Staff

It is time for another newsletter from the KHR! club. Summer's finally here, school is over for almost everyone, so it's time to get busy again! ~

We are at the very end of the Tournament for Best Flame Element. For now, you can vote in one of these two threads: Match 1 and Match 2. Chose wisely and share your choice with us in the club. :)
If you want to see which matches will come soon, or if you want to see past matches of our Best Flame tournament, take a look @ Tournament Overview.

Our fellow member and admin, Hisagi-Chan [shout out for her!] made a Character Birthday list. If you are interested in KHR! characters' birthdays take a look @ Birthdays list. Also, if she somehow missed a birthday of someone, report it to her, so missing birthday can be added. :)

We are also, as always, searching for more Newsletter staff! If you have free time & good will to help out, but most importantly FREE TIME, please take a look @ Newsletter Registry thread. We are waiting for your help. ;)

We are at the end of individual element tournament matches! Soon, we'll start the real fight for best element, so don't slack off & support your favorite until the end!

For now, vote in Thunder Finals. :)

Also, as always, we are looking for Newsletter stuff! Only thing you need to have in order to become one of us is TO HAVE FREE TIME! If you do have it, please sign in here: Newsletter team registrations.

Thanks in advance. <3
All Comments