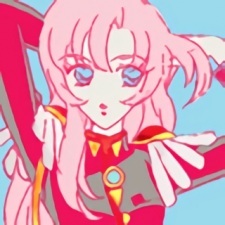 majimanji96 Apr 17, 2018 1:27 AM
I see. Well I'm kinda in the mood for some psychological spin-arounds like Perfect Blue, and also FLCL which I found from your list :) If you're into these kind of things you might wanna try Denpa-teki na Kanojo or Welcome to the NHK. I don't mean as too psychopathic like Corpse Party, but, you know, ones with a bit of realistic feel to it.

link9us Jul 15, 2017 10:53 AM
Naruto is not as bad as people make it out to be. It just has alot of unadulterated hate following it for some reason, possibly due to the studio periot's need for relentless and irrelevant filler. But i still think even today its one of the most charming and well beloved shonen series out there and just how many shonen shows can you look at the main protagonist and see he grows from childhood adolescence to adulthood and actually fulfill his dreams in the end. If you ever watched naruto when you were a kid and followed his journey for almost 20 years. Its like living his life and watching your own child grow up before you. Let me tell that experience is just so endearing.

But in any case, i still think you should also watch and complete one piece before you die :p

Ako- May 13, 2017 2:27 AM
For some reason I didn't see your message ;-;
I watched shinsekai yori! It's not a yuri anime though, but I ended up giving it 9 or 10. You might like some parts, and hate some others, just like me~ I understand what you mean about mnemosyne, and I also always hated how every girl ended up happy with men.

I don't think you would like Maria Holic, and I seen a bit of it too. It's kind of S/M and it's also not really yuri. If I recall.. it's mostly just comedy. This is episode 1 so I'll tell you a bit: The MC is a lesbian, but that's it. Not yuri afterall, right? (girlxgirl) Some reviewer said that the way the MC acts is like the anime is insulting lesbians.
I don't like shoujo, I think it's because they have some weird thing on "fate" and stuff. Most shoujo have many developments between two characters, but most shoujos also make it very obvious who the shipping is from episode 1.. And I just think sometimes the reason for love is not enough. I don't really believe in "love first sight" unless they were able to tell their personality by their looks (which is pretty common in anime, I think.)
That being said, as I child I loved shoujo such as Kaichou wa Maid-sama, and Shugo Chara, and possibly some others.

I just typed in yuri gif on google and ended up gaining back so much memories (watched pretty much all yuri genres)
I also typed in shinsekai yori yuri gif and I can see how you could get baited by those GIF. But it's hard to say anything without spoiling so I stop here~

Have you been watching any of the latest animes?

Ako- May 1, 2017 11:31 PM
Oh I see! I think I understood most of what happened, but they really made each episode difficult to follow imo.
I went there cause I saw a yuri scene there from somewhere and thought it looked really cute. Just had to check it out, but was dissapointed because they didn't actually have that kind of relationship (which wasn't bad until I learned rin actually had a lover and also didnt like the fact she kissed many other people besides mimi)
I'm surprised you like yuri! I know that you have some yaoi and maybe some yuri on your manga list ~ So I did somewhat think so.
For me, the beginning of when I realized I may of really liked yuri was when I watched Sono Hanabira at probably 8 years old, then again 12 years old with better realization.
Then 2014, I saw Sakura Trick and that sealed the deal. Sono Hanabira is a hentai, but I found the mc's interactions with each other really cute. Sakura Trick too, it's a no drama, just comedy and yuri if you just want to enjoy yuri.
I'm not the type to get turned on btw by watching yuri though, ik some people do. I just feel blessed watching two girls be happy with each other. Idk why but it makes me really happy too!
If you're looking for yuri with some drama, then Aoi Hana, Sasameki Koto, Candy Boy, shoujo sect, Kuttsukiboshi <- is what I sorta recommend.
There are some others such as Strawberry Panic, and Yuri Kuma Arashi, but I didn't like them as much as I wanted to. I treat yuri pretty dearly I wanted to love it but there were just some flaws..
Also, another yuri with comedy is Yuru Yuri. I didn't always like yuri so I found it really hard to like yuru yuri before I gotten into yuri. It just really depends on what kind you're looking for! A recently aired anime had some yuri in it, and it was really good but irritating to watch. It's called Kuzu no Honkai.

edit- i see you are watching yuru yuri already, but i'm predicting you won't like it.
judging from your profile and list i think you like shoujo and more dramatic stuff.
let me know if I am wrong though, I would like to know more about you ~

Ako- May 1, 2017 3:30 AM
Hey I recently finished Mnemosyne too, sorry if I reminded you of it though. You seemed to not like it as much as I did.
Do you like yuri? I also like it, and I agree the one in mnemosyne was not the kind of pure yuri many of us like.
I'm also surprised that you don't have much yuri on your profile since the way you speak of yuri makes you sound like a fan of it

Putting this here because it's not exactly fitting for an episode discussion topic.

Nbod62 May 15, 2014 3:24 AM
Yeah,have you caught up to the trepnation part? Did he start seeing homunculus? Most of them say it Is a bit weird. But i don't think it is weird. May be a bit weird! Anyway as you read on,it becomes more and more interesting. And I am sure it will change you life in some way. I can't begin to say how much I like it. And if you are a fan of the cyberpunk genre,read Akira(manga). Also read slam dunk,don't judge it by the cover. It is a very entertaining read.and also if you are a fan of mystery or psychological thrillers,I highly recommend 20th century boys.
and if you are a fan of horror read these:
uzumaki
hyouryuu kyoushitsh
I Am a hero

Nbod62 May 14, 2014 10:48 AM
Hey,I see that you are reading homunculus,so how are you liking it? There is a big twist after 8th chapter and the manga will change your life in some way.
All Comments