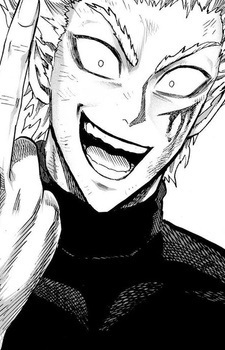 valekdmog Feb 8, 2016 6:41 PM
T.T simply have no time for manga these days; left the house at half past noon today, got back 7:30 X(
i can barely make time for anime on the rare occasion i hit the treadmill

Keten Apr 2, 2015 8:13 PM
I try not to drop anything unless I feel I am not getting any sort of satisfaction out of it, whether it be from the show itself or from critiquing it.

Aldnoah.Zero was shameless. It had no effort put into it's script, plot, characters. Even the CG was poorly implemented. The music being the thing people praised about it was also poorly handled too. All the effort for that show was put into the marketing, people advertising it as, "The next big mecha franchise, overtaking Gundam". Then slapping on Urobuchi's name just to get people to watch it so they can make money. Guess what!? It worked! They made lots of money! -_-

Why bother putting effort into anime when you can just hype it up so high that it's impossible for it not to be a success? It's the reason I choose not to get hyped for most things, it clouds judgement and just sets you up for disappointment. I am very pessimistic when it comes to new anime now. Despite the fact I will be watching lots of shows this season, I am not particularly excited for any of them. lol

I like to critique anime, even if I appear rather harsh on some. It makes watching not-so-good ones more tolerable and allows me to appreciate the well done shows more.

valekdmog Sep 30, 2014 3:08 PM
I know it's >a month later, but now's the perfect time to respond to this: I finally started SAO 2. It's great if you don't mind the tropes that were present in the first series and in most anime. If you can look past those reoccurring themes I think you'd enjoy SAO2 if you could even stomach the first :^)

valekdmog Aug 19, 2014 5:31 PM
i just marathoned all 20 of currently available Fairy Tail eps (current season) today. And i intend to start SAO2 and Hanamonogatari. My plate is therefore full, but i have heard good things of hunter x hunter, and not just from u

valekdmog May 3, 2014 12:41 AM
nope, watching 2nd season, still good. Shouldn't expect realism from an anime. Meant to be exciting. Real life physics are boring, i just took the class on it, i know.

valekdmog Jan 20, 2014 6:05 PM
Never got around to it, but cool story, amazing art, and one of the most popular Manwha around, i think. Def worthwhile if u pursue it

valekdmog Jun 21, 2013 12:47 AM
Just so hard to get back into reading manga given I can literally never tire of LoL. I do make time for anime now and again tho, and Kyojin weirds me the hell out. Idc how hyped it is.

tskitz Jun 13, 2013 9:23 AM
hehe I was just looking through my old posts (haven't been on this site in forever) and saw that you posted in my GunZ Thread.

Definitely a great game while it lasted. I went to dl it this weekend for nostalgia and found out it's been canceled now though.