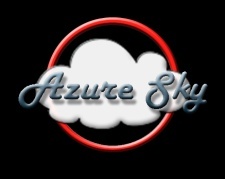 Sakamoto Feb 26, 2016 4:38 PM
Attack on Titan's live action isn't too far from the manga or anime, it plays a safe spot in the middle but it definitely leans more towards the anime when it comes to plot and direction, with a slight turn or two but for the better.

Prison School came out uncensored, I have been trying to rewatch it but I wanted to start doing reaction videos and I don't think I can convince my friends to watch it...but maybe, just maybe. The live action of Prison School sticks to the anime perfectly, it is awesome. Definitely watch it once you finish the series.

Another good live action, if you've seen the anime is Assassination Classroom. The anime follows the manga closely and actually does it more justice in character development then the anime did. The anime focuses more on a particular character "MC" than the overall story but it has been doing better in Season 2, once you get passed the filler.

Sakamoto Feb 26, 2016 1:00 PM
It really is just too good, it's crazy lol. I haven't seen the live action of that yet, have you? If so, is it good? I keep seeing it and I have heard good things on Reddit and such just havent gotten around to it. I have seen AOT & Prison School's live actions and I thought they were both really good too. Those are two that you should check out if you haven't, well Prison School is ecchi but the live action isn't bad. AOT is just gory asf.

Sakamoto Feb 26, 2016 5:27 AM
If you enjoyed the anime Rurouni Kenshin, then you definitely need to read the manga.

~Thanks for reading and have a nice day~
☆A.G. Staff☆

As for the forums, I've always been a pretty silent anime fan up until this point. Figured I have the time to discuss anime, I might as well!

no_motivation Jan 20, 2016 1:46 PM
Rom-com is always a plus (my guilty pleasure). Legend of the legendary heroes is the one anime I dropped, I just couldn't do it XD

no_motivation Jan 20, 2016 12:40 PM
I don't classify myself as either. I'm not really an introvert or extrovert (closet or otherwise) so I guess if you had to put a name to it I'd probably be an ambivert but I don't think that's quite right. Thanks for the welcome and if you have any must watch anime I'm eager to hear them :)

zoe0i0 Jan 15, 2016 4:01 PM
Thank you for the reply!
I've seen attack on titan (totally agree it is so good) but not seen any of the other ones you mentioned,
I'll check a couple of episodes out tonight (there is no way I'm getting any more essay work done)
:3

Have you seen Code geass? I started watching it a couple of days ago, i like it. And it's action genre. ;-)

I agree slice of life can be a bit messy sometimes. But dramatic anime with alot of feelings in it can sometimes be really nice to watch. :-)

HysteriaFade Sep 13, 2015 1:31 PM
Thanks for writing on my post ^_^ I am fine with any recommendations BTW how do people have GIFS on their About you page I think it's kinda cool. I was wondering how to do that also because I'm still new here. Anyways thanks for stopping by and have a great day!

Oh please do, i need recommendations! ^_^

DarkArcanist Sep 5, 2015 5:30 PM
Mobile Suit Gundam Seed seems good. I have seen mobile suit gundam 00 and it was one of most refreshing anime experiences I have ever had. I am definitely putting it on my watch list now that I'm reminded of it :D.

Story is good. It's girls vs 5 guys you see. And it's really funny.

Games, arts sometimes, anime and other stuffs like cooking and working XD
You?

DJAnime Sep 4, 2015 1:04 AM
Haah alrighty, any shows you recommend me watching that I havent already? More anime to watch the better haha ^^.
All Comments