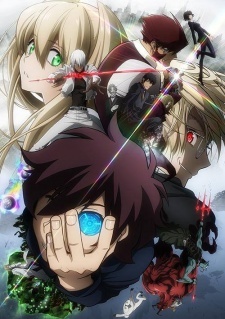 Hibbington Sep 29, 2019 2:06 PM
Thanks for participating in the Anime and Character of the Season nominations! 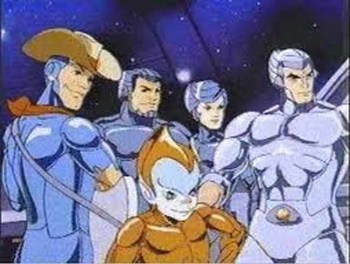 Sakamoto Mar 24, 2016 7:54 AM
Hm, from what I recall it wasn't like X-Ray vision but more of looking between realities in a sense? Like, he was able to see White when Black wasn't able to but I mean, if you can look through realities you should be able to see through everything! lol

My favorite character was Klaus von Reinherz and that fight between him and William was really goooood!

Sakamoto Feb 29, 2016 6:27 AM
I honestly don't think you forgot anything, I think they ended up skipping a part or two because I felt the same way and I even rewatched the episode before. It's as if they tried to match the time lapse with the show's time lapse and ended up cutting out "useless" animation to deliver on a boom of an ending with a hella good fight scene but they didn't explain the time lapse in the anime itself, which would of made sense. Like, "hey, sorry we made you wait like 3 months for the FINAL episode to come out, we had to cut some things out of the anime but here is the story and what happened while you guys were gone," to kind of revive the show. I enjoyed the series as a whole, up until the ending to be honest. I enjoyed the fight scenes but like you said the ending was so confusing and left questions open that I was disappointed in having to wait so long for it to come out.

I have seen the manga around and I have thought about buying it but just haven't yet. 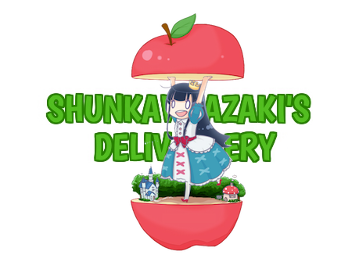 Hello everyone, this is the second official newsletter.
If you haven't already, be sure to sign-up here to receive future ones.
Note: I will not be sending any more newsletters to people who are not on the signed up list after this week.

Watching Challenge
We are all still watching either Dungeon ni Deai wo Motomeru no wa Machigatteiru Darou ka or Maoyuu Maou Yuusha. As of the 19th, we will be on episode 11.

Weekly Poll
Since last week, weekly polls have begun. There will be a new one every Wednesday. Check the first one out here. Remember to read the question too since it turns out a few of us realized our mistake after voting xD

Member Cards
Member cards are currently being developed. Look out for an update either this week, or in next week's newsletter!

Staff Recruitment
We are still in need of staff. However, the only open position as of now is…
AMV Challenge Organizer
If anyone is interested, head to our club page for more info and contact Micky. If you want to become a part of staff and have a suggestion for a way you could help, suggestions are welcome too.

Hello fellow members~
I will be the person delivering your newsletters from now. If you want to sign up for future ones, be sure to look out for the upcoming thread.

Watching Challenge
The anime we will be watching together is Dungeon ni Deai wo Motomeru no wa Machigatteiru Darou ka & Maoyuu Maou Yuusha.

Drawing Challenge
Be sure to enter your drawings by the 11th if you haven't already! We will be voting on that day as well. You can have two votes, and one of those votes can be for your entry. The results will be announced on the following day (the 12th).

Have Fun in IALC~.

Hey members of the Anime Challenge Club!
As you all know we are currently doing a challenge but I was thinking maybe we could do other side challenges as well as the main one.

These challenges can include things like completing another 30 Day Anime Challenge or an Anime Drawing Challenge for those drawers out there. If you have any other ideas for challenges please tell me!

Also thank you to everyone who has joined the club so far as the club only started on the 30th of July this year & is slowly growing. I hope we can get more members so that we can continue this club for as long as we can. Enjoy your time at the Anime Challenge Club ^v^