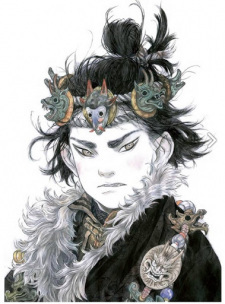 illDelusions Feb 22, 11:12 PM
Gomorra reminds me of City of God, which is one of my favorites so I am excited to look at that one. I'll put the others on there as well. Majority of Tarantino's work is him ripping off from his inspirations in very obvious ways so not too surprised lol.

Haha thank you man. I appreciate it. Although it's a newer passion, it's something I'm constantly learning about and inspired by and I think everyone should have their passions be their career. Right now, I go to school for game development but similar to Hideo Kojima, I plan on implementing elements of film into my work and using that as a gateway.
I've only heard great things about the two of them and how they both influenced some of the best directors and writers of future generations. Even if it is a more challenging watch, I think that's a good experience. Multiple watches only make the film better :)

Aimless direction was probably bad wording. The directing was pretty solid. There were nice sequences and there was personality in delivery. But idk, it might be the editing but the movie seemed very choppy. It was a long time ago and I didn't enjoy it so I don't remember it as much. Besides the introduction and the climax, it felt like it was filling for time for the stunning surprise. It could also be a flaw in the writing but the narrative itself, The MC's journey, had no weight to it. Things happened just because. There could be many reasons for this but the biggest one that comes to mind is underdevelopment: for the key characters, the narrative, the flow. That's one of the biggest issues when adapting material in a small window of time. They took creative liberties to avoid those problems but it still fell short. All the events kind of breezed over me. But I understand this might be a unpopular opinion as the film is considered a classic so it makes sense.

illDelusions Feb 18, 11:37 PM
Hmm, I know more classic ones like Suspiria if that counts. Although if i'm being honest, I didn't really like it haha, I preferred the American remake. But I need to see more of Dario Argento. I also have Lucio Fulci's films on my list too. A friend recommended 8 1/2 too so I got to watch that. I know Italian horror influenced the horror genre for many generations. I do not know any modern Italian films so you should definitely recommend some of your favorites! I will put them on the list.

As you can tell, I need to watch a lot more classics lol. Most of the films I watch range from 1990s to now. I didn't get into art house film until 2019 so I have a lot I need to watch. I want to write films in the future and my favorite writers are all influenced by the 70s era. Can you believe I haven't even seen any Tarkovsky or Bergman?! I know, I know. I watched half of Persona but something came up and I had to stop. So I need to start really soon.

Thanks, I'll definitely check them out. I watched Oldboy last year but to be honest, I disliked it a lot. The direction was aimless. I enjoyed the manga a lot more. But i'll look at his other work.

illDelusions Feb 17, 1:51 PM
I agree, Asian films have a type of storytelling no other place can compare to. But since I am American, I tend to watch a lot of American films. But I try to watch more French and Asian films. A lot of my favorite directors aren't American but they make American movies. Lars Von Trier, Darren Aronofsky, Nicolas Refn and Yorgos Lanthimos are some of my favorites from Europe.

I need to watch more Kurosawa films, I'm guilty of skipping over him. I've seen Yojimbo a few years ago but I need to watch Seven Samurai and Ikuru. Kurosawa is such a big influence on film itself and so many directors steal from him. And yes I've seen a few korean films but not many. I Saw the Devil and Memoir of a Murderer were pretty good. You have any recommendations?

If you want to get into martial arts, I recommend Chang Cheh's films. 5 Element Ninjas and Crippled Avengers are 10/10 for me. Sure, they're a little silly but his filmmaking style is so perfect. He revolutionized action in movies.

illDelusions Feb 16, 2:38 PM
I agree, Kitano is definitely up there and he should be more recognized globally. That's cool man, we have the same taste in Asian filmmakers. Any other directors you like?

Ichi is also in my top 10 films of all time. All directors deserve the liberty that they get. I Like Miike's take on adaptations of manga too, I hope one day he can adapt one of Ikegami's manga.

Nah, I haven't seen First Love yet but I've seen clips on Youtube before and it looks good. I gotta put it on the list.
And don't even worry about your English, it's very good and there are no problems.

illDelusions Feb 15, 11:11 AM
I'll definitely check it out soon, I've been meaning to for a while.
Have you seen any of Takashi Miike or Shion Sono's films? They're very ambitious and experimental with their storytelling but I like the way they approach it. But are both very gorey.
Takeshi Kitano is also really great; Sonatine is one of my favorite films.

illDelusions Feb 14, 1:54 PM
It really is, it's a huge inspiration for me. Wong Kar-Wai is an amazing director. I still need to see ChungKing Express though.

KyoumaZ Nov 14, 2018 11:17 AM
with the (img) (/img) tags with which you can add them, replace the ()'s with [] (had to do it that way to make them display in the comment), just put the link right in the middle of those. Of course I had to scale them beforehand and repload them on imgur for them to be at the same size.

kanon-chan Sep 8, 2018 11:04 AM
I also enjoy Mizoguchi's films with Ugetsu being my most favorite, followed by Sansho the Baliff and the two movies he made in 1936 which starred Isuzu Yamada; Osaka (Naniwa) Elegy and Sisters of the Gion. Isuzu Yamada was great in her role as Lady Asaji in Throne of Blood and is one of my favorite roles by her.

kanon-chan Sep 7, 2018 6:37 AM
Another brilliant and versatile actor that I love is Tatsuya Nakadai. Have you ever seen The Human Condition trilogy directed by Masaki Kobayashi that Nakadai starred in?

I love the dynamic shared between Mifune and Takashi Shimura in the Kurosawa films they acted in together with the rich chemistry shared between the respective characters they portrayed, aside from Seven Samurai I enjoyed their performances in Stray Dog.

kanon-chan Sep 4, 2018 10:52 AM
Greetings to you and you're very welcome. Seven Samurai is the Kurosawa film that I love most, followed by Throne of Blood and Yojimbo. They truly showcase the versatility of Toshiro Mifune in the character roles he portrayed in those three movies. What's your favorite Kurosawa film?
All Comments