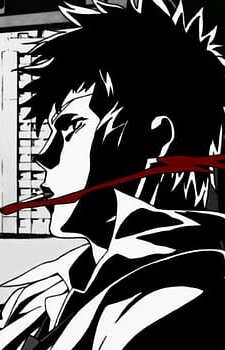 Thank you very much for requesting my cards from the Haikyuu!! Edition on The Newbie Club, appreciate it!! ^^

All the cards have 360px width and 241px height and are formatted in PNG.

Please download your cards within 1 month of the delivery or else you are going to LOSE them!

If you have any issues feel free to contact me through wherever you prefer.

I named all cards based on your MAL usernames!!!! If you are having trouble finding it just press CTRL + F and type it there. (If you are using Mac you have to press Ōīś + F and do the same!)

That's all folks! ŌØż
If you have any interest in getting a specific character on some edition, lemme know and who knows it doesn't appear there.. O.O

You can get your card(s) here!
Cards will be deleted a month from the date they're uploaded.
I named the cards based on your MyAnimeList account or Short names so keep that in mind!
If you have trouble finding your card just hit Ctrl+F and type your MyAnimeList name.
Let me know if there are any issues.

Shitaste Jun 13, 6:45 AM
It's your simple ol' school cookie-cutter shonen. There's all shonen tropes align together. Guy explaining his strategy out loud in front of his opponent, friendship power-ups/ass-pulls and ruthless antagonists doing ruthless things since they're the bad guys BUT some of them have a sad backstory or something. Nothing mind-blowing and only stays as a pure long-running shonen at heart which is all I was expecting in the first place(haven't watched a battle shonen since 2018 which was mha s2). Cast is solid and humour is decent for shonen standards. Lack of new OSTs which is sad but at least they're good for what they are.

Probably gonna end up with a 7/10 score at the end, which is highly respectable for battle shonens.

Shitaste Jun 9, 8:19 AM
Sounds rough and hella ironic(the time frames). You had it more unsympathetic than I had. Same procedure was implied here, except we had sufficient deadlines to be done with our assignments and all the jibberish that would only be accounted for the overall weightage, rather than for the sake of "education".
In the end we're back to square one. Both have a minute amounts of training left to finish and then it's all about surviving. We can whine/chat/discuss about all sorta stuff after that final task is done.

No needa push yourself too hard anymore, everyone's going through tough times. So, stay safe and take care buddy!~

Shitaste Jun 9, 5:38 AM
So after long-running protests and everyone spamming retweets on the uni's twitter account, they finally decided to cancel the exams for us intermediate year students. Actually made my day since I finally found some hope in this corrupted system in which they decided to drop a proposed date sheet during the lockdown, when the number of cases were monotonically increasing. Almost feel likes winning a war. And I'm pretty much done with my training too, so I'm basically free as bees!

How's it going there on your end?

Shitaste May 19, 9:22 AM
Both getting the 2nd hand educational treatment it seems, then? Nothing good's gonna come out of bragging about it either way. We just gotta accept and bear through at this point.

If you haven't yet, I'd suggest using a midnight app for android if you browse or play anything on it during nighttime. Helped me quite a bit. Of course, not letting your eyes seek a computer screen at late night is the healthy solution but who doesn't do that these days...

I've made like half a dozens weeb friends irl so far. They're all casual af tho, only know basic popular shonen and some random seasonals.

I doubt if I'm gonna be able to watch any show until the half-mark of June. But all of fate fans I've meet on the internet believe that Zero is the only one worth watching. So I'm either gonna leave it for last and go for broadcasting order, or just binge only that and move on, depending on the mood. But sure, I'll double check by asking you for the order when time comes.~

Sure, I never mind discussing about stuff that interest me and the one I'm interacting with, but replies might be late since I'm less active on MAL these days. If you want a faster service, you can add me on discord!~

Shitaste May 19, 1:46 AM
Hey! Life's kinda riled up at the moment. I've been engrossed with my summer training and the deadlines of my pleb assignments for these past weeks. Finally got a somewhat decent sleep of 9 hours yesterday since I've been sleeping late and waking up early because of uni "tests", so that's some contentment-worthy info.

My uni is also, finally following the "include the summer vactions during this pandemic" rule but there's an absymal addition to the scheme. If the schools all over my city stay closed until the mid of July, my exams will be cancelled, if not, then I'm screwed. It's a huge polarising condition that has implemented some massive pressure to most of my colleagues, and myself. So, things aren't looking all hunky dory on my end. How's it going in your case?

Glad you're enjoying it. This might be the optimal time to binge out the series. It took me almost an year to be done with the first five seasons and I've yet to catch up with last 3, should get back to it sometime soon.

As for monogatari, I simply followed the broadcasting order, so you're also going in the same direction. You gotta go with Hana>Tsuki>Owari>Kizu movies>Owari 2>Zoku for the said order. Kizu triology was supposed to be airing after bake but it kept getting the delay for years. It still doesn't matter much, but I feel like broadcasting order was quite adequate.

Shitaste Apr 16, 10:48 AM
Seems like I was wrong then. Can relate to you on coming to realization and fulfilling the attendance quota issues to a great extent.

Yeah, self-study seems to be the most relevant option for both of us. Just needa activate the full bookworm mode, like I did during my last year of high school. Easier said than done though, lol.

On other side of the spectrum, hf with gintama! If it doesn't appeal to you by the time you reach ep 60-something, consider dropping the series for good.

Shitaste Apr 16, 7:01 AM
Probably a wise decision to make. Can't tell since I can't relate to your scenario.

I've kinda given up on the education system my whereabouts offers. It's just been a hollow buttload of nonsensical and irrelevant filler that has been been staying its welcome since my elementary school days. Highly focusing on practical weightage and prioritizing the assignments as their crucial involvement in the overall percentage. There's also high attention percentage requirement, and if not fulfilled may result in me being unable to attend the exam. Much more stuff to say but I don't want to brag about my so-called harsh college life any further. At least, your system seems much more adequate than mine, so good on ya!

I've finally decided to give up on learning from what my uni offers and start doing my own scheduled self learning procedure. So far, it's not going well since "me too lazy" metaphor is holding well but I'll get there eventually.

Pardon me going to a strange tangent, just felt like I had to get this feeling off my chest.

Shitaste Apr 16, 5:57 AM
That's a good countermeasure you college took. I would've also preferred this solution in my case.

Dropping a year... don't know if I should be glad or regretful over the fact that I got into the uni right away. Could've gotten to a better campus, or at least that's what all of my colleagues brag about.

You gonna take the Masters degree too or haven't decided yet? Coz I'm still having second thoughts about that.

Shitaste Apr 16, 4:46 AM
Oh dam, that's an irony with the birth month and year I wasn't expecting.

Funnily enough, I'm also a coding college student, and learning the same curriculum as you. I would be saying that I find it fascinating as well, if it weren't for the doodoo education system my college has, which is further worsened by this outbreak and "online classes"...

So, you're a 2nd year student as well I presume?
All Comments