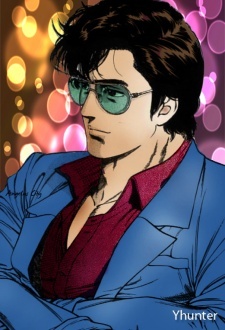 The Original Dollars* Club is getting a makeover and we are inviting you to come back and see whats new! We now have…

jagleny Jan 2, 2012 4:19 PM
I've kept my EOE but gave DAR away. EOE was much closer to my heart. But after what is happening with Bandai I'm worried about all of my favorite franchises now. I picked up most of the stuff I wanted from them like cowboy bebop, etc. If Gainax goes the same way before release all the eva movies I will shed man tears.

jagleny Jan 2, 2012 2:06 AM
I'm glad I got my plat. collection awhile ago then. Instead of having to pay exorbitant ebay/amazon prices.

LaoziFool Nov 13, 2011 4:03 PM
With episode 6 of AGE, things have gotten more interesting. It may actually end up worth watching. It's worth a shot anyway. Try and get past the unexciting first few episodes and see how you like it.

LaoziFool Nov 13, 2011 2:51 PM
I try not to pay attention to large groups of idiots and hate when a story doesn't have room to fully develop to its conclusion, so maybe I'll get a few giggles out of it. As for AGE, after the first 5 episodes it is pretty mediocre. Typical gundam start: orphaned child of amazing mobile suit designer fights some bad dudes. But these bad dudes are "aliens." I imagine it's just some other group of people, which seems confirmed with the presence of newtype-like people.

The character design is strange. Most of the crew on the ship/White Base seem fairly realistic in color palette and design, but the characters closest to Flit all look super vibrant and like someone else designed them. It's like they split between older and newer Gundam character design. On a good note, the captain isn't just a Bright clone. He doesn't really follow rules, looks like a badass and plays things a little dangerously. The mobile suit designs have shown more of a classic Gundam design. The Gundam looks like a trim RX-78 and the Feddy grunt suit looks similar to a GM.

The AGE system is a pretty silly gimmick. It takes the self-learning computer of RX-78 and applies the process to weapons design. The Gundam collects data and then comes up with new weapons to use, which are built at super-speed in the cement-mixer looking thing that is actually a weapon creation factory. It would be a fairly interesting concept in a game I guess, but it's not really that great in show format. The show does have quite a bit of action so far, which I suppose might be why it feels a little light on story.

That is my short review after 5 episodes. I'm going to watch the 6th episode soon. Developments have been occurring the past few episodes, so maybe the story's finally picking up.

Echelon Nov 11, 2011 3:01 PM
Subs only got to episode 2 or so sadly, so I jumped back into the HK's after watching Saint Seiya with "fixed up HK's", so my tolerance for it has kind of built back up. Definitely not a bad show, although the 30's has been a drag to me with this Wedley stuff and his biker gang. I really don't care about them at all ... lol. But even at this shows worst, it's better than Wing which I also picked up again and am struggling to get through, lol.

LaoziFool Nov 10, 2011 2:23 AM
I haven't seen 0080 or 0083 in a while either, so I guess I might go through all of the UC timeline in order when I have some spare time. I've been watching the newer series lately. 00 was great, but AGE is pretty silly so far. 00 had elements of FMP, modern geopolitics, Gundam Wing, and Zeta all rolled up together nicely, so I'm sad to hear that the movie sucked. Not sure where AGE is going.

jagleny Oct 19, 2011 9:54 AM
I guess that it's just that my expectations were so high yet after I see the show the I just died on the inside. The age system made me go WTF!?!?!?!. The art style was just a tad too goofy for me as well. It all comes down to how picky I am.