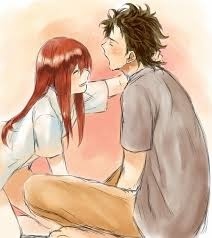 CarinaVella Mar 22, 2013 9:03 AM
welcome to the best friends forever club i hope u enjoy ur stay with us and i hope u meet lots of new friends :3 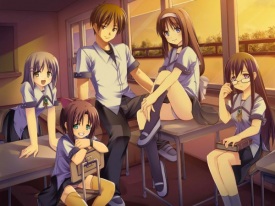 k this is here cuz this question all ways gets asked >.< what do we do at The best friends forever Club? :O ~well we just talk meet u ppl and make friends :D most of us are anime lovers so if u want to talk about anime u have seen or anime u want to watch but are not sure u can talk about it<3 we do lots of random so i hope this this not effect u :s we do a little of everything~we have games and card even chat rooms so plz have fun! ^o^

ps. plz feel free to reply to this massage if u have any questions or if there is anything u would like to know :3

Wuffle_devil Mar 19, 2013 3:25 PM
Yea, I watched the movie 2 days ago, was absolutely amazing. It's funny cuz ive only seen two anime movies and they both were really really good.

I didn't think it was a harem at all, the protagonist is dealing with one girl at a time, there's no rivalries etc, idk, i consider an anime harem if there's more than one female surrounding the male protagonist, and it wasn't the case in Kami nomi zo Shiru Sekai. Maybe i didnt know the definition of harem before.

Anyways, i enjoyed the comedy bits a lot, actually lately all ive been watching is comedy, and this one was kinda fun. I liked the male lead a bit...but the concept and the plot wasnt impressive sadly, quite frankly while finishing the last few episodes i felt kinda bored of the typical format 'protagonist finds a troubled girl, fixes her, move on'. I watched 2 episodes of S2 and it was the same thing. It reminded me of kokoro connect in the aspect that protagonist 'helps' people around him, which gets boring after a while.

There wasn't any drama really, nothing extraordinary is happening to Keima at all during the 13 episodes, hes just doing his own thing, and while its not the same as in the generic romance/harem animes ive seen ,its not really anything new or fresh.

The stories about girls were kinda meh, the only one that left me a strong impression is Kanon story, especially how it all ended, i thought it was really cool and im sure i will remember that story for a while now, rest seemed kinda cliche/not memorable.

Overall, I enjoyed it quite a bit, but i wouldnt be sad if i didnt get to watch it really, the concept had potential, but i felt like the producers didnt do anything with it, converting the anime into something non-serious comedy type, which is completely understandable, but not enough for me.

Thanks for the suggestion, i think i ll watch disappearance of haruhi suzumiya next, i enjoyed s1 quite a bit, and people say this is the best out of all haruhi suzumiya series, so im quite excited.

Zpektre Mar 13, 2013 5:11 PM
I liked Durarara. I just didn't like it as much as other animes. I understand why it is so liked and have no objections to that opinion, it just didn't sync with me as well as others.

Anyways Sukitte Ii na yo(say i love you in english) is pretty good, usually everything i rate 7 and above is something i dont regret watching. It is predictable and i hated the female lead, but everything else was pretty good, its only 13ish episodes and its about a couple who overcomes hardships.

Characters were pretty good actually except for the shy girl, it really seemed like unfinished anime though, i hope it gets a sequel or something.

Overall, i think you will enjoy it more than i did, and I did enjoy the series, even though a major hole for me is how predictable the plot was.

Major thing i loved about this is how strong Yamato Kurosawa(main protagonist) is. It is really refreshing from all those pussies in the generic harems/romance/school animes.

If its horrible, you can always blame it on me ;p

And as for playing previous games to understand the story. No, each game has it's own characters and story. So you could start with Persona 4 and be totally fine :)

Wuffle_devil Mar 12, 2013 7:58 PM
I actually upped rating for 'say i love you', it was still very well executed character development for the male characters at least was very well done. Its just main female lead was very disappointing(typical boring shy girl :( ) and after first episode you're like 'well, i know where this is going, why am i even watching it?'

About Elfen lied, I like dark animes a lot and elfen lied was literally the second anime I've watched since the beggining(death note being my first) so I might definitely be biased about it, i guess it's just personal taste.

Danshi Koukousei no Nichijou is absolutely hilarious, i watched like 2-3 episodes of it and almost every single 'mini story' was awesome.

You probably didn't notice but I watched Suzimiya Haruhi already(2 seasons) and liked both seasons(first better than the second) quite a lot. I didn't realize there is a movie on the series though until yesterday which is why I added it to ptw list just recently. I really liked Kyon a lot. The whole series is just very well done.

I would recommend Kimi ga Nozomu Eien(rumbling hearts) to pretty much anyone, I wont spoil anything but its very realistic and will leave a strong impression on you no matter what.

Thanks for the recommendations! I think I'll check Kami nomi zo Shiru Sekai next since I watched like 2 harems in a row now with literally nothing to offer, it's generally really hard to find a decent harem at all though(practically impossible), and many people say this is one of the best in the genre, so I'm curious.

Biggus Nov 1, 2011 11:00 AM
Gundam Seed and Gundam Seed Destiny. They are just like Code Geass with the political, emotional, and romance. That is my fourth favorite show. Also Steins Gate if you haven't I didn't check all of your list. Seriously Gundam Seed.