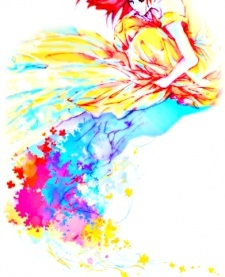 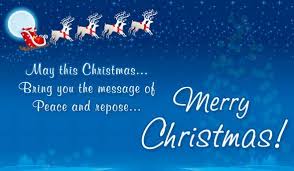 Leopah May 23, 2016 8:43 PM
Not at all! As you can see my reply is coming in pretty late as well--I had my art final that took up a lot of my time, and general other stuff occupying the rest.

I think it's better that Yato's father is being presented more morally ambiguous than we initially thought, because if he was completely evil he'd come off as a bit of a cartoon villain. Of course it in no way justifies the centuries of abuse and, as you said, the things he's said and done during the course of the series; but I think it gives him more layers to explain his motive and reasoning behind hating the heavens. It's also been brought up that the heavens are more corrupt than we think, even though I'd still side with them before trash dad a million times over.
I'm still really curious as to the extent of the god's greatest secret, since as you said there's the question of how it will affect Yukine, and if he could survive knowing it (I'm saying yes, since they wouldn't kill him off as a main character, and in 65 trash dad implied that Mizuchi has survived Liberation). It also seemed as though Nana was able to recover from it somewhat after she was happy that she died fighting--she accepted her death, in other words.
Not to mention, as long as trash dad has Mizuchi he'll be able to kill off as many shinki as he wants, unless they discover a mass cure which seems doubtful because it's too easy. All in all, there's still a lot of mystery (Does releasing the shinki actually fix the problem? Can you not rename a shinki once they've been released? Is Yukine self-destructing regardless, though at a slower rate? How does a shinki survive the god's greatest secret?) so I'm really excited for how they'll resolve this arc, since it's so long that that means they have one heck of a finale cooked up for us. I bet we'll learn at least something about Yukine's past before it ends, too.
I love Yukine, and his maturity through the series is what's driving it. Even though Yato and Kazuma are my top favs.
One of my friends got me for my birthday the hospital arc volume in print, so now I can cry about it every day of my life. I'm also debating buying the next volume as well, since I hate that one a lot too. And with the hospital arc, it's funny because I was trying to think of something to draw for Yatori week on Tumblr, so I thought that arc might have something for the prompt ("Thank you") in it. So I started to flip through it, not even reading it properly, and halfway through one chapter I started tearing up. It's bad.

See, sometimes I THINK I'm getting numb to the cliffhangers, and then I remember what happened in the latest chapter and what might happen in the next and the wait becomes excruciating again. I'm so salty that chapter 66 didn't really address the events of the previous one, meaning I have another month to suffer before some answers. And now there's double the fear, since whenever something like a GIANT EXPLOSION happens I can't help but worry for everyone. And after 66, everyone's like "AAAAAA TAKEMIKAZUCHI" but I still can't make myself like him since he's trying to kill Yato. Yeah, Bishamon was doing that too and now they've vastly improved their relationship, but unlike Bishamon, Take's never crossed paths (or swords) with Yato before and is just after him to test Kiun's strength. Even if his backstory WAS pretty tragic, I need him to switch sides and stop trying to kill my favorite character before I can feel some sympathy for him. I'm bad at liking villains, except as characters (like trash dad).
I can't really imagine that few chapters. I know my friends got into it when there were about 15 out, and I asked them how it was to bear the wait, and they said it was horrible. I also asked how it was compared to this arc, and my friend said it was difficult to say as they're vastly different experiences. I can get behind that, and I'm also a bit glad I wasn't around for that horrible wait, but I also hate myself for not reading the manga sooner.

Pssssh no worries, I'm pretty sure my reply is longer than yours. Plus, having a conversation with someone that rambles as much as you is a lot of fun! More stuff to talk about.

Huh, that's pretty interesting. If anything, I feel like Noragami has been staying just as good or even getting better. It's hard for me to make up my mind on which arc is my favorite because they're all so good, but what I like about this one is the amount of mystery there is, particularly around the god's greatest secret/liberation and Father. Plus there's stuff like the hospital arc.....ow.
I'm still stuck in the "Now I have to wait for the next chapter" thing, partly because we're getting bigger and bigger cliffhangers each month and partly because I've only been caught up for about a year now. I cannot imagine the suffering wait endured through the Underworld arc like my friends had to go through, and now I'm going through a similar thing with the current arc.

That's enough of my rambling. I hope you have a great day too!!

Leopah Apr 10, 2016 12:18 PM
Hello! I stumbled across your profile and I saw your tags on the Noragami manga in that it suffers from genre inconsistencies. I have to ask, what do you mean by that? I personally like the different storytelling style of each arc (if that's what you're referring to) since it keeps each arc from feeling like carbon copies of one another.
I also would love to pick your brain concerning the current manga arc--things are getting extremely interesting and I'm curious as to what you think.

Have a great day~

Perifferol Apr 9, 2016 7:02 PM
Oh hey- I am glad to see you rate one that I was on the fence about picking up; thank you for helping me decide whether to see "Haikyuu!" Since it only earned a '7' from you, I think I may pass on it. I may try Higashi no Eden before long.
How are you?
By the way, I ended up gifting my cousin a copy of Samurai Champloo. He's 23, and he doesn't watch much anime, but I figured he'd like that particular one. It turns out I was correct! He says he has a newfound faith in anime, because of it. And now he's seen Fullmetal Alchemist, and is considering Hunter x Hunter next, I think. As you may recall, I picked up S.C. on your advice, so thanks, I've really enjoyed introducing someone successfully to anime!

CovetCloud Aug 6, 2015 3:52 PM
It seems like everyone in my family has more artistic talent than me. My dad paints for a hobby, my sister can do these cool space graffiti things, and my mom makes decorative gifts to sell on her online store. Yeah it was kinda like being in an entirely different world where deep fried beanie babies and giant abstract phalluses are the norm for art. I saw things I can't unsee x'D plus there were hipsters...EVERYWHERE.

Ice cream is one of those things I could eat nonstop but I would get tubby. I'm so sorry, maybe a 3DS will fall from the sky as an apology for the spoilers!

Eh I dunno about emotionally manipulative. It's kind of difficult to explain but it's almost like they're being manipulative "accidentally" even though they're completely conscious of what's going on.
All Comments