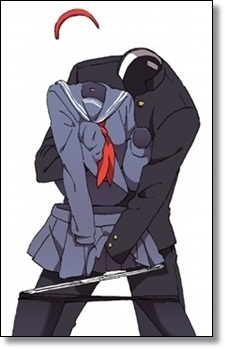 SeriousSarcasm Feb 20, 2016 7:18 PM
Be sure to check this out: http://myanimelist.net/anime/32362/Naruto__Shippuden_-_Itachi_Shinden_-_Hikari_to_Yami
I hope you plan on watching it, since you seem like a fellow Itachi fan^^ Seems pretty cool.
Have a nice day.

lpf Feb 27, 2013 2:03 AM
This quote implies that not understanding a work is the fault of the reader, which is backwards reasoning. It's the author's work to make clear the point he wants to convey, to not mix it with misdirection and roundabout metaphors. Oftentimes is a writer, unable to convey a story properly, merely hiding his lack of talent. Conveying a story is exactly the same as conveying an argument; as Richard Dawkins put it:


Richard Dawkins said:
Suppose you are an intellectual impostor with nothing to say, but with strong ambitions to succeed in academic life, collect a coterie of reverent disciples and have students around the world anoint your pages with respectful yellow highlighter. What kind of literary style would you cultivate? Not a lucid one, surely, for clarity would expose your lack of content. The chances are that you would produce something like the following:
“We can clearly see that there is no bi-univocal correspondence between linear signifying links or archi-writing, depending on the author, and this multi-referential, multi-dimensional machinic catalysis. The symmetry of scale, the transversality, the pathic non-discursive character of their expansion: all these dimensions remove us from the logic of the excluded middle and reinforce us in our dismissal of the ontological binarism we criticised previously.”
So yes, perhaps I don't 'actually understand Forest', or any other piece of fiction for that matter, hence my possible dislike; but that only means the author failed to convey his story. Even if someone has a good contention to share, if it is hidden behind layers of convoluted thesaurusing and allegories, it doesn't deserve further analysis – it's the author's work to make clear what little substance he has to offer, not mine.

And even then, should a work's metaphors clearly and unambiguously outline a story, then comes the time to judge said story. Curiously there seems to be, among anime fans, an invariable acclaim of stories conveyed through metaphor; curiously, because a story is conveyed through metaphors masterfully (or rather, if they think it is), they stop being critical about the story itself.

Works I'd deem to have exceptional stories could be Legend of the Galactic Heroes or Yokohama Kaidashi Kikou. Whether conveyed in a straightforward or allegoric manner, very few works reach their level.

lpf Feb 23, 2013 4:21 PM
LOL I actually have Forest in my download queue because my friend opernlied and some other people praise it too much. But I am quite sorry to say that I will probably not like it.
The film has a so great feel to it, the nostalgic one, that it's easy to forget the role of Taeko's writing. I'm surprised at the current reception in the club but at least we have the film in the relations, which is cool.

lpf Feb 22, 2013 3:11 PM
Hey. As someone who rated Only Yesterday so highly, is it possible for my late post in the spotlight thread to change your mind on your current vote? Sorry for advertising around. I had to wait till today to write it and the poll's already open...

But some parts of me had a feelin' of wantin' the world end. I know I'm a bad guy thinkin' like that....
All Comments