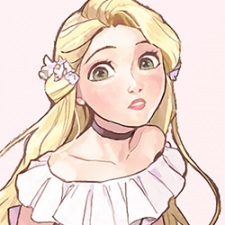 Kurt_Irving Jul 13, 2022 6:13 AM
Hello miss! So what do you like most Kana Hanazawa? I found out a long time ago that Zegapain was the beginning of her acting career.

I guess it's time to revive Fai D. Flourite Fanclub a bit.
Would you like to join What would you say to Fai if in person? or Fai crossover pairing(s) discussions?
How high is Fai in your fave characters list? or Which Fai do you like better?
If not, it would be fantastic if you could make any other topic you like.
Hope to see you in the club! Best!

KirariHime Jun 10, 2011 5:42 AM
CHANIIIIII -spams-
I am bored lol ...IM IN COMPUTER CLASS. Today is the last computer class day & I finished all my assignments. Thank god MAL isn't blocked. As expected, they block youtube LOL. but anyways, if you read this, I won't be on skype this weekend since I have to study for finals && I am sorry that your birthday video is like THIS late, but I promise to have it up soon :(( So yeah, -stalks your MAL-
CHANI, are you also watching that (or plaan to watch) that Baka to test anime? OMG I AM LIKE HALF WAY THROUGH THAT ANIME. ITS HILIARIOUS 8DDDDD Anyways, I am going to add people I know on MAL. Talk to you soon ((: ILY ! <3333 Btw, your commentbox is lonely -pats it- D8

Azeilia Apr 19, 2011 1:30 AM
Omg~ xD I just checked your anime list from your youtube
and saw you had the exact same picture on your icon as mine 8D
but yours is much more prettier of course<3 x3

Yeah, but it's still 4 months away...I really, really, really hope time passes by super-duper-fast! XD Hmm...mine's already a year and (almost) half a year old, so maybe next year I'll have to buy a new one too. My last one broke when it was 2 and a half years old, and probably this one will go on the same way...I hope it doesn't though, since I really like this one. It's giving me a problem already, but I really like it anyways! XP
Well, besides that...I always pay attention to the other people's parts and see if my part really complemented well with all of them. ~^-^~ But I'm being lazy about everything lately...even with editing. And when I'm inspired...it's time to go to sleep! DX

Loli-Chani? Hmm...now that's a nice idea...*snicker* But I prefer to invent my own teasing nickname for Chani...it'll come eventually...be prepared for it! XD
Hmm...I wonder about that too...it must've been really boring... (I found out about internet when I was 11 years old, but got addicted to it at the same I got addicted to Sak- *ahem* to anime. AMV-making of my own came to be known 2 years later! XD)

Oh I see...when an anime ends at the same time as the manga, then something's not right about one or the other.
Well, yeah...but I don't mind, since I sometimes like to watch them again, and again.

Oh, about that...I actually bought a book one time and it tought you how to write and read kanjis and japanese stuff like that. Really hard! And I could practice writing directly on it too, but it was all shaky. DX

Oh I see...I'm reading more mangas than I am watching animes, so it wouldn't be a problem for me to continue reading it, so I really hope a new chapter comes out soon or something.
Yeah, the mangas are more complete on that part...mangas explain everything and animes explain almost nothing at all. That sucks...but I can edit better with anime, so I really want some mangas to become animated. Hehe...

Huh? Took off what? *confuzzled*

*TO BE CONTINUED* XD

You can find it online fairly easy, even if it's just on Google. Though I still liked "Spirited Away" a bit more than Ponyo.

Did you really like Pandora Hearts? I just found it was too confusing for my taste, and I love that stuff...usually. :/ That's just me though.

Well keep at it, school is very important. Me? I have been fine. Today is my grandma's birthday. She has been blessed with 95 years. :)

How goes the summer, and cool plans for the rest of it?