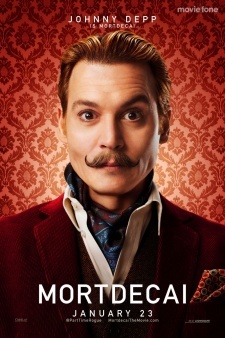 iced_coffeen Jun 10, 5:10 PM
Hello there! Randomly strolled by your profile and decided to send a friend request because of the absurdly high affinity rate.

A_Haiku_Unloose May 12, 2018 8:04 PM
Hello! I read your recommendation for GUndam and NGE, and wanted to ask you, can I really watch this Gundam show with 0 gundam knowledge?
And more importantly, is it going to spoil my watch of Gundam from 1979? Should I postpone watching 0080 until after I have watched the original gundam?

lawlmartz Dec 24, 2015 11:46 AM
Another rare southern anime fan. Not many of our kind around here. I asked because I one time mistook one that said "Georgia" to mean the state, and it actually was the Almost-Russia country Georgia, heh

I see that your location says "Georgia", meaning the former Russian territory or the US state in which I also reside?

lawlmartz Dec 20, 2015 6:07 AM
"something a little more advanced" is a near impossible goal on this site as far as I can tell. They follow the "if it ain't broke fix it" rule for most everything and introduce new things nobody really asked for, all while neglecting things in need of immediate attention.

It could work if people saw it as a goal, but as the reviews stand now, the goal seems to be to push as much garbage as possible out there. I saw a couple days ago, a guy posted over 50 "reviews" (in quotes because they were 2 or 3 run on sentences that barely qualified as a single coherent thought) in 3 hours. That stuff drives me up the wall.

The changes to the system I've proposed are all passive, and require no active moderation while lessening the load they already have.

I had not thought about what you said actually- maybe giving the top 50 reviewers (or even top 100, this site has a ton of users) some kind of icon when they post, or at the top of their page having their rank like the moderators do. That would attract attention, but I don't think they need to be paid undue attention (I myself am less than 500 total votes away from being on the "most helpful reviewers" page) since we want to broaden the appeal of the section by cleaning it up, not necessarily being more exclusive. But it's something to consider. Many other sites do indeed use that.