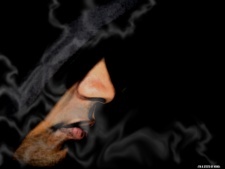 Tsuzanagi Dec 25, 2012 8:48 PM
I have a tendency to speak hyperbolically, especially when I start off in one direction. It was more of semi-review, semi-rant at about 2:00 am after finishing episode 15 and going "What the fuck?". I wasn't expecting too much when I started watching SAO - yet SAO managed to fail so spectacularly that I was rather disappointed.

Ranivus Apr 21, 2010 12:37 AM
Yeah I tried to pull a marathon on One Piece to catch up with my friends, i stopped at the 260 ep or wherever the recap of the last 7 years started. Then I managed to get up to 418 watching a little here and a little there. But yeah as far as marathoning anime, i did this last week: http://img687.imageshack.us/img687/2418/donottrythisathome.jpg

Ranivus Apr 19, 2010 1:06 PM
Well we'll see in the next 50 episodes for sure, but remember if there are fillers im hopin they're as good as im expecting them to be. I'm hoping they all focus on different members and stuff. Instead of adding random badguys like in Bleach or have a 10 episode arc like in One piece.

I man seriously, you didnt get mad at one piece when they spent 7 episodes (between 260-270 i think) when they summed up the whole series in just a few short episodes?

Ranivus Apr 16, 2010 12:02 PM
Oh and extreme fail is kind of harsh imo. Starting a post with extreme fail pretty much sums up what you are feeling so there's no real point in explaining what you want to say. Nevertheless i revised my extreme fail review and makes more sense so it wont fail as much. And for future reference, words like fail, dude, and other unintelligent slang terms is typically not a good way to start a critique about someone writing skills.

Ranivus Apr 16, 2010 10:24 AM
Well if you did endure and watched naruto and one piece you will see the differences between those and Fairy Tail. You will see how OP would last 50+ episodes on one story arc. You would see how Naruto would scream and chant the same shit over and over.
Sure Fairy Tail has both of those but not in an annoying im going to say it 30 times in one episode kind of manner. They do their little poses and cast whatever. But FT compared to the other two (or three if you count bleach) the arcs get completed fast, and they're all to the point. Sorry if the review sounded like it was something new, I wanted it to sound like it improved on the old, which it did.