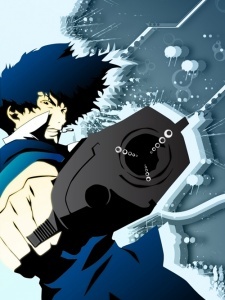 deadoptimist Oct 8, 2017 7:49 AM
Most people on MAL don't show locations on their profiles, so I allow for the possibility that some of people I've talked to were from Brazil, something like that. Brazil is a pretty big country, after all. Btw, I wonder why people shy away from showing their location, it's not like stalkers can find you knowing only that.
That girl from Crimea sounds suspicious as hell. Maybe that was a bot?
People say that the photo is from Turkey. It doesn't look our style sort of crazy too - most places in Russia have climate with big temperature contrasts, so you don't leave flammable shit hanging out of your house, and also we're bureaucratic, so gas and fire prevention services would not stand for the rules to be broken to this extend. I can see an inspection foaming at the mouth at the sight, lol. Normally accounts like these gather weird photos from different locations, it's not always Russia. But ultimately - maybe it's us, who knows?

We-ell, I wouldn't call Charioce a monster - he was a warmonger and a Machiavellian ruler, but he was pretty logical. Enslaving demons stops their attacks and gives cheap labor, Rome logic, basically.
I think that I come from the opposite side, but I sort of agree that they should've made him more actively menacing. He ended up being a pretty cardboard for Nina. I don't get how a person with his background could be so static and boring to look at all the time. I wanted to see a really problematic and powerful love interest, high class but murdery and self-assured to a fault. He should've burned bright to die tragically in the end or end up being punished severely. He digressed so much along the show from the initial promise... For example, he grinned towards a battle in the first OP but in the end never actually fought and was unrealistically bad at fighting (how had he survived the god raids?). And that they made him a puppet. The Bahamut twist cheapened everything else so much!
I wanted Kaisar to interact with the king more and I was unhappy that he let go of his vow to serve so easily, so I am fine with him dying for duty, he ends up with Rita too, this is good. Kaisar had been way too reckless for a while. But the way it was done, him dying for the king hadn’t been built at all.
Mugaro's plotline was plain butchered. (And yeah, his death in on Charioce.)

I've tried to read Made in Abyss as a manga a while back. There wasn’t too much of a plot then, and I was not sure about MCs being pre-pubescent kids with a lot of top nudity and shibari used for punishment in an orphanage... I think I am going to dive into manga again later and then maybe watch the adaptation. I know I won’t read it after anime. Though some screenshots I've seen show the girl MC being tied while in tears again. I know a lot of people like it, but I sense some shady undercurrent, can't help it.

I am not entirely sure why everyone is so over Mahoutsukai no Yome, the manga was beautiful and the animal skull magician is an extremely rad design, but if there's plot I haven't noticed it. Plus I can't get over how the MC sold herself because she felt depressed. And they move over it so quickly, and it's ok because she is precious and her owner treats her well. But like - you shoudn't sell your freedom? Akagami no Shirayukihime was way too slow with plot too, but Shirayuki was gutsy and tried to keep her independence at least.
Btw, I wonder what’s with them picking manga without plot for adaptations, lmao. Land of the Lustrous and Girls' Last Tour hadn’t developed much of a plot at the moment I read them.

Er, sorry. I am normally not too critical of stuff like this, but these series happen to be problematic in my eyes.

I usually move in between gaming and manga and only sometimes pick up anime. I currently game again, so I am not sure I'll fit anime in the timetable. I think I am not in the mood for pilots at the moment.

deadoptimist Oct 7, 2017 6:28 AM
Hi! Nice to meet you! C'mon, who needs proper topics on MAL? I am perfectly ok with chatting about Bahamut or nothing in particular. And thanks for the compliment! I haven't talked with many people from Brazil myself, tbh.
Actually after Aldnoah.Zero insane flame battles, Bahamut forums seemed a tad too subdued, with politics and a love story I expected more drama. But maybe main wars were fought elsewhere, say, on Tumblr, or maybe the show ended up being too underwhelming all too fast for people to care.

I finish few anime, and I ended up completing Bahamut without being too bored, so I couldn't rate it lower. Also it did at least have entertaining action and dance scenes, characters to argue about and it was more or less to the point in the beginning. Gotta say that I still don't hate Charioce, even though his ending was way too forgiving. I mean, Jeanne led a civil war, it's hard to imagine how the loyalist faction and the rebel faction could reunite without blood and agree for the king to continue to rule. Truly, this show was often so poorly thought-out...
In the beginning I hoped that we would finally get another female-oriented action show, but then they dropped the ball and went full Cindrella. Too many good things were sacrificed for the sake of romance, and then said romance was poorly executed. How could the writers allow this?..
Yet when all is said and done I want to get another Bahamut. Even like this it’s miles better than the usual isekai of MMO fantasy.

Are you looking forward for any shows in the fall season? The charts looked hopeful, but I’ve checked out a few pilots, and now I suspect that I will probably pick up only Hoozuki s2, and that'll be all, unless the new Garo series is ok. Kekkai Sensen s2 also has potential in my eyes, but the plot in season 1 wasn’t all that good. In the end I’ll probably stick with reading manga again.

revengerofdeath Sep 13, 2016 9:16 AM
Thank you very much for all the effort!
Yeah, yesterday I came to the same conclusion with another user.
She's just a random woman who wants to revenge the death of his mate in Higashi Fuji.
Also the girl who killed Miyako (at first I even thought she were a Shiina's classmate) is just a random character with no story behind.
The second part of the manga is a bit rushed, but I guess that is what the author wanted... the mankind gradually loses importance, untill the end where Shiina finally decided to reset the world.

Also it wasn't clear the part of the abuse on Akira by her father... even if her mother seems to confirm it when she visited her in prison.
I wonder if Akira committed suicide (Wiki says she is being killed)

(As always sorry for my english :P)

For the future, if you want to read the uncensored scans ;)
http://www.mangareader.net/narutaru

revengerofdeath Sep 12, 2016 10:19 AM
Yeah, there is one character in the last volumes who claims she's already attempted suicide, but failed.
So her purpose in life becomes to bring the truth about the dragon keepers to everybody.
I don't really get who was her?! I thought she was Akira's mother.

Also I find the review by Joker06 very helpful

revengerofdeath Sep 12, 2016 9:00 AM
Sorry to bother you...
Can you explain me who the hell was her? Akira's mother? (She is the one who ultimately sold the informations about the dragon bearers at the media...)
http://i.imgur.com/zNzrOz8.jpg

revengerofdeath Sep 9, 2016 9:41 PM
Hi there!
Do you remember anything about narutaru? XD
I saw your posts in this thread of a couple of years ago

MisterImouto Jun 30, 2015 6:31 PM
Oh no, it's a great thing you're sharing and I absolutely agree and think that's a wonderful thing. And yeah, I'm incredibly fond of that idea - as long as we keep trying, even if we're wrong, that's all that matters. I've seen quite a few people just like me these past few days so I'm sure you won't stay "total nuts" for long haha!

MisterImouto Jun 28, 2015 3:40 AM
Thank you! And haha, yeah. I wasn't much for the best girl stuff in this show because it's clearly Iroha because I was too busy crying at everything else it had to offer. Writing that thing was important to me and trying to tie everything in it to my own life was a goddamn nightmare, but I'm really glad I got it across. Thank you once again!

https://baka-tsuki.org/project/index.php?title=My_Youth_Romantic_Comedy_Is_Wrong_As_I_Expected
has everything about fan translations. Also visit Nanodesu (vol 1-4) and Kyakka (vol 5 and beyond) which are hyperlinked there.

MERRY LATE CHRISTMAS!! I hope you had the best Christmas ever..
And thanks =)..

HAPPY NEW YEAR 2014!!
Wishing you a fabulous 2014, with full of great achievements and experiences..
Hope you and your family a joyful, bright, healthy, prosperous and happiest new year ahead!! Have a promising and fulfilling New Year, okay.. ^_^

HAPPY BIRTHDAY TBOkmph!!
hey I just realized you haven't told me your name yet.. I mean, from my MAL name, you can call me Aerisha and it still sounds like a.. errmm name.. But, do I have to call you "TBOkmph"? What does that even mean? ~3~
XD

I wish you have a wonderful happy birthday, get a lots of fun and gifts and luvs.. I hope that you will have a truly marvelous day with family and friends..aaannd all your birthday wishes and dreams come true, okay.. !! ^_^ *hugs*