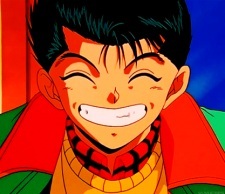 AndoCommando Oct 21, 6:20 PM
He really tried the whole "real fan" shtick, as if that's anything to be proud of lmao

AndoCommando Oct 21, 6:43 AM
I'm tempted to just outright ignore comments like that but apart from friends using them as copypastas, I'd rather them not come to the conclusion that they made a good point. Have to address them, no matter how stinky their bullshit may be :/

SnowShovel Oct 19, 2:24 PM
Well if that guy is you, can I ask why you think that the theme of family in KnY is handled poorly?

SnowShovel Oct 19, 2:01 PM
I saw you on a video about skipping forward in TV shows for “productivity”. The guy was skipping moments and seconds of hxh. I also saw you on a KnY video. You said that the theme of family wasn’t handled well. Tho, I’m not actually sure if that was you.

SnowShovel Oct 19, 1:19 PM
I was the same guy who asked you about the YYH manga and anime, which is better.

RogerSmith2004 Oct 19, 5:29 AM
I personally liked it in the sense that Zen's words had an effect on the president and it was able to help him find his own answers. At the same time, it wasn't the idea being said that had the effect, it was the idea being shown that did. The public perception wasn't changed because the president got shot, it was changed because Zen killed himself after shooting the president. Thus tainting how people perceived what adopting the suicide law would attain. If the president killed himself, it would have likely lead to the adoption of the law due to his discussion with the girl.

Magase's outlook on life wouldn't have changed because she is not a person, she is basically just an incarnation of evil. As far as that is concerned, I think it'd be more insane to believe that the idea of 'good vs. evil' will end entirely. It's always going to be a consistent struggle that humans will face; however, to stop thinking about it will lead to evil's complete dominance. Which was what was occurring with this law. You see it in the politicians within the story, who legitimately aren't thinking too much about it, just legalizing the law. They even have the guy in ep 9, I believe, use The Mysterious Stranger and outright misinterpret the story just to use it as reasoning for why there's no point in discussing the nature of good and evil.

I sort of have a love/hate relationship with Vinland Saga for the same reasons; not saying it was a 'bad show,' as it had many pluses, but I wanted so much more. It also would have helped if Thorfinn didn't run around like Naruto and Thorkell didn't throw shiz like the Hulk (ugh).

Krunchyman Oct 17, 8:25 AM
Nothing worse than a show that doesn't live up to its potential...so, profoundly disappointing it is.
All Comments