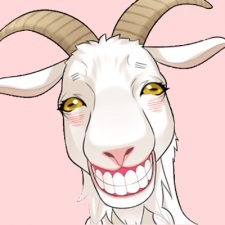 KitsunehimeMilhi Aug 25, 2017 8:19 PM
I don't think the people who approved the club knew what it was when they did a few years ago. The person that the original club founder got to be the supervisor doesn't even show up to meetings and just lets it be run as the people do it. We don's show uncensored or too highly sexual stuff though for obvious reasons.

My friend actually has an anime club at his college that has to watch stuff with meanings/symbolism because it's connected to the philosophy department. That would suck if mine was like that too.

KitsunehimeMilhi Aug 25, 2017 7:05 PM
I suppose the only real difference in our opinion is that I never thought it could be good. It's one of many shows that I saw at a college anime club meeting, but at the time I thought the first episode was so stupid that I didn't pay much attention to the other 3 that were shown. Months later, I finally watched it all with plenty of fast forwarding and thought that it might have at least been ok if it was shorter. I totally agree that concepts that would've worked better for 3-5 minute episodes were stretched out, even though I don't think the same points would've gotten across. I'd still say like 4-5 episode, at max, ova series would've been better. I'm just glad to see someone else rating it extremely low too.

KitsunehimeMilhi Aug 25, 2017 10:27 AM
Good points about Lain. I agree with basically every point you made. I don't know why people why so called "deep" shows that barely go anywhere and instead give a bunch of pointless symbolism and scenes while giving a main idea that's not even deep.

Cloudius Apr 2, 2017 1:00 AM
You Accel World review is funny because it's mostly true when compared to SAO, oh yeah (Cries because i'm reading the LN's for both series)

Keiji is favored, but the Lu Bu of the game definitely isn't Keiji. It's Tadakatsu Honda. Musashi Miyamoto also makes a good Lu Bu, but it definitely is Tadakatsu since they were made as rivals in the Orochi series. It's funny how Keiji managed to be one of my favourites in both universes though. Must have been a hell of a person. 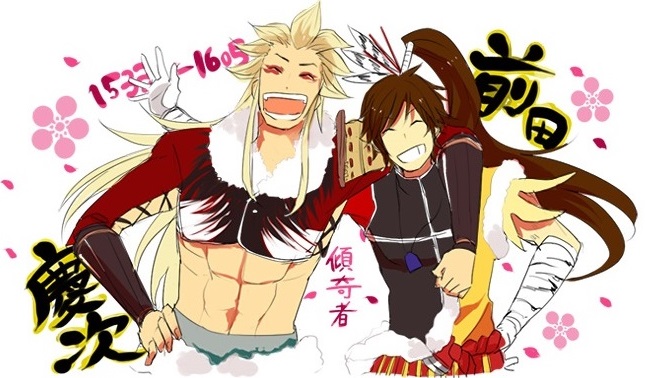 Masamune has always been pretty much irrelevant in comparison to characters like Yukimura in SW1, SW2 and SW4. They kinda had the big 3 vibe consisting of Keiji, Yukimura and Masamune in Samurai Warriors 3 but that damn game was a Wii exclusive! Of course that changed again with SW4, stories were much shorter because it was changed to two characters per story. ALMOST like Kingdom storylines in DW. He only feels significant when you play his own story in games other than SW3. It kind of sucks since he is my most favored character, even got his voice actor in my people favourites!
Nobunaga was never an "anti-hero" in SW because it has never been about good or bad. Each side had its motives and ways, and Nobunaga was supposedly the evil one but that still didn't mean he couldn't be the protagonist; you just had to choose him as a character and/or use a character that was on his side.

Blissfucker May 4, 2015 2:27 AM
>I need to buy DW8 because I can't play the whole story mode
Exactly why I got the PC version. However, I discovered recently that one of my friends owns the original game. He borrowed DW8XL recently and when he gives it back, he'll give me the original game along with it so I can finally play it properly.

>most of their new characters are tacticians
Yeah, getting pretty sick of these. We haven't gotten a character with an interesting combo list recently. Other than that guy with the throwing spear, pretty cool.

Empires isn't like the actual game at all, so don't get your hopes up!
The thing with Lu Bu is, he's always been the Keiji Maeda of Dynasty, the final boss, the most overpowered character and yadda yadda. You wouldn't know until you've played a DW game pre 5. Playing Hu Lao gate and fighting against Lu Bu when you've just started was near impossible.

Sengoku Basara Samurai Chronicles felt very limited on PSP, much preferred Devil Kings on PS2 even though that game wasn't near as well crafted as Samurai Warriors which I had an addiction for at the same time.

Blissfucker May 2, 2015 3:28 AM
I've beaten DW8 XL on PC, soon to replay it on PS3. The lag's been fixed with the latest patch on PC unless you've meant the tiny bits of lag that regularly could happen to anyone. That's true, the game's got such a huge roster that the stories aren't separate to each character anymore. Instead, it's kingdoms. Kind of lame, but also kind of cool. At least we finally got a story for Lu Bu, one of the only Other dynasty characters anyone cares about.

I've played every DW game from DW4 to DW8. I own DW4-6 on PS2, DW6-8 on PS3, SW1 + XL, SW2 on PC + XL on PS2 (soon to buy it on PS3), SW3 on PSP (soon to buy it on PS3 also) and I've been itching to buy a PS4 just so I could start playing Samurai Warriors 4 and Warriors Orochi 3 Ultimate already. Also got a bunch of Xtreme Legend editions of games that I want to buy, including DW7 Xtreme Legends which you own. There's also Gundam Dynasty Warriors which are really hard to find..

Everything I want is on Amazon right now, including Sengoku Basara 4 + SB collection. I just need to find a way to pay since my parents are pretty skeptical when it comes to paying via credit card online.

Blissfucker Apr 30, 2015 10:30 PM
I've been a huge Musou fan ever since elementary school, and I have played the first BASARA game on PS2 and Samurai Chronicles (I think) on PSP. Of course I found BASARA to be something fresh since I was used to playing lots of Musou games which all were very identical. I can't say I'm too big on Capcom, but I really dig Sengoku Basara. Thanks to its characters I could say it's equal to Samurai Warriors which is my favourite TK franchise.
Yes, TK have done a great job with DW8 Xtreme Legends, Samurai Warriors 4 and bring back lots of great features for Warriors Orochi 3 Ultimate. It has definitely been the best year for TK so far. My favourites are still Samurai Warriors 2 Xtreme Legends, Dynasty Warriors 5 (although DW8 is pretty damn close) and Musou Orochi Z (Warriors Orochi 2 with WO1's huge set of stages).

Blissfucker Apr 29, 2015 10:28 PM
Great Basara review my man! Always nice to see someone who's a fan of the series. I've been wondering why Judge END was so lowly rated in comparison to the previous seasons and just assumed it's the different artstyle they went with that angered everyone.

Are you a Musou fan, though? 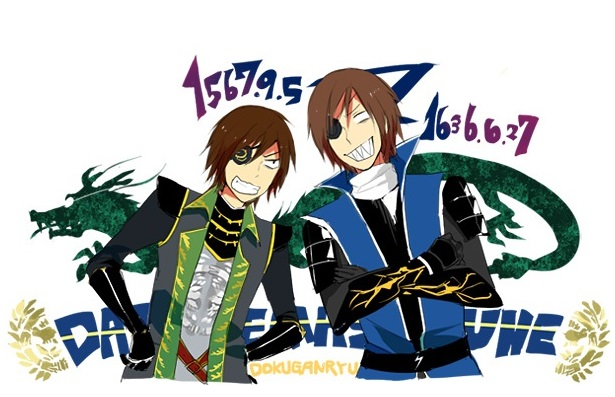 Alexius Sep 3, 2012 5:46 PM
It's always wonderful to see a Kara no Kyoukai fan. I really think it's a hidden gem in the anime world and a masterpiece of video and audio.

But, I see that you haven't seen Code Geass yet! You should rectify that and soon. I think that Code Geass is right up your alley if you liked Kyoukai and is an amazing series.

Thanks for posting on my profile! Keep in touch.