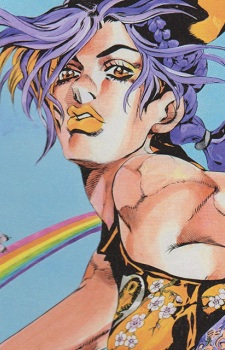 Hope we´ll talk more and about more fun things in the near future!

Jhulong May 17, 2020 8:06 PM
It's nice to see a JoJo fan too hahahahaha but you know eventually us JoJo fans will take over the world,so let's celebrate early HAHAHAHAHAHA!

good for you you were busy in a good way! it´s a rare enough thing to happen -.-
also grats on the Medellin win yesterday. Cut the deficit to the playoffs to two points. So many teams still in the mix!

PhKay Mar 25, 2019 9:15 PM
yeah defense huh...i sometimes feel sorry for those guys. The receive so little credit when things go well and take all the blame when things go bad. Neutrally speaking, defense destroys the excitement of football to many (not to me though....)

Thoughts on the upcoming spring season? any hypes? ^^

PhKay Mar 12, 2019 6:46 PM
not gonna fight you haha...i would have been totally okay with Yorimoi winning. I had it in 2nd after Evergarden after all and so did Harus (he actually got the Top 4 in order right lol). It wasn´t an easy decision either...I was just really happy that the first time we tried this system we ended up with a really close fight between two worthy contenders instead of just shoving up awards Boku no Hero Academia´s ass like crunchyroll does lol that meant way more to me than seeing "my" pick winning.

well...this one win you talked about was the most recent game and you followed it up with a win against Santa Fee in the meanwhile so that makes it two in a row and 7 of the last 9 points so it seems things go in the right direction. Although it was 1-1, 1-0 and 1-0. The question is: what stands out? Good defense or struggling offense? getting 6 points off of two goals is definitely helpful no matter how you look at it haha very effective!

how´s it going? I kinda haven´t talked to you in a while. Hope you had fun playing the angel of destiny in the Yggdrasil Anime Awards haha. As the last one to post you had a massive impact in late turnarounds :)

Looks like Medellin had a rough start to the new season. Hope you guys manage to turn things around soon, similar to last year!

PhKay Jan 9, 2019 3:38 PM
i see...well it´s great you are happy with the season. After all it looked like you could miss the playoffs for a long while too so things definitely turned to the better when it mattered most unlike with your rivals haha How is the system now? Will you guys play in Libertadores now? Not sure how many teams Colombia has there but a final might be enough?

yeah 1-6...and the worst part is it is just the tip of the iceberg in this awful season. We switched to a 12 team league last year, with the Top 6 going to the top group and the teams ranked 7-12 fight to stay in the league after 22 rounds (so after everybody played everybody home and away). We are 8th, four rounds to go, Red Bull left to play and 6pts behind 6th. We need an absolute miracle and it will NOT happen -.-

Weirdly enough, we find comfort in international football as the team does amazing things in the Europa League. We started in the 2nd round of qualification, mastered both opponents to go to the group stage, survived the group stage for the 2nd time in club history. Going though a EL group is a HUGE success for an austrian team not named Red Bull Salzburg. No idea why the hell they can deal with Glasgow Rangers, Villareal and Spartak Moscow but not with f****g Mattersburg, Admira and a bunch of other teams nobody outside of the country knows lol

Anyways our price for making it is the financially best season we ever had and a rendezvous with Inter Milan in the Last 32 round. San Siro is a legendary football temple so i can´t wait to go there even though we will probably have our ass handed to us big time haha

sooo the new AWC is up! What do you think of the system?

PhKay Jan 4, 2019 4:18 PM
i see...you have a different approach or talent to deal with defeat then.I suffer more when it was close as i bitch about what could have been haha
In defeat, i kinda prefer to get hammered (not annihilated though...that 1-6 we had against our local rival to go into winter break was a bit much -.-) rather than lose a game i could have won. But yeah, your team showed great fighting spirit after a terrible start. Quite the year for Junior, given they played the Sudamericana final as well and came super close to winning.

with Haibane, i really loved the silence of it more than anything else. It´s kind of a brain wrecker if you try to understand the big picture of it all but if you don´t, you get relaxation out of it as if it were the most comfy SoL so it is a strange mixture. As for all the mysteries added throughout the series without resolving ANYTHING: there was stillnever an explanation at all after all those years since it aired and many people including myself thing that the main reason is the fact the creator has no idea where each puzzle piece fits himself. I think the guy got tangled up in his own ideas and then just went "up for you to interprete" This kinda thing can be intriguing but if you resolve little to nothing at all, things look fishy in my opinion.The creator makes it kinda easy on himself.

I agree with Reki being by far the most interesting character wholeheartedly, then again me enjoying the main character MUCH less than somebody else happens to me quite a lot actually!

thanks a lot and same to you! I kinda wanted to write after the final and then i forgot...maybe because of the result? dunno -.-
anyways now that i´m here: final thoughts on Haibane Renmei? hehe

PhKay Nov 30, 2018 3:26 PM
haha an altar! That thought is so weird that someone on the other side of the world is lighting candles and praying to my figurine. It actually makes me kind of uncomfortable lol The prediction was never that far off as we talked about at the end of the regular season. You guys went in there in great form and it carried over. Though winning away at Tolima with quite some comfort after giving away a narrow home win in the 90th was definitely the masterpiece of the season so far.

I hope i will manage to watch the finals somehow! All the best!!!
Meanwhile i see you try to fight the anxiety with some calm anime haha
I especially OF COURSE noticed you started the super mysterious and super calm Haibane Renmei. Can´t wait for you to finish it since it leaves so much room for interpretation and your take on it will be interesting ^^

PhKay Nov 19, 2018 4:19 PM
so you hung on in the 2nd leg after a gtreat first game ^^ Congrats! The prediction is getting real :p
Shame Tolima survived on penalties...1-4 all going down would have been really funny

PhKay Nov 11, 2018 5:40 PM
Well i was wrong, you guys only managed draws and dropped to 6th and wasted a better position but at least you are in...while Nacional can't beat a 9pt last place team and is GONE!