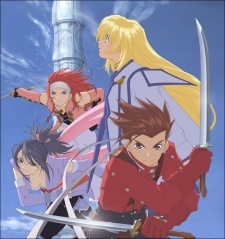 justingochioco Mar 22, 2012 11:58 AM
How are you, I miss talking with you. Have u seen tenchi muyo gxp yet, if u have tell me what u think of my 2 lovly ladies seto and airi. After watching GXP you will sure to like them

RemnantSoul Dec 18, 2011 12:15 AM
Hi, you like fire emblem and rurouni kenshin that is reason enough for me to leave you comment.

Cocoa_Butter_91 Nov 25, 2011 11:44 PM
I am not really sure what my plans are, but I won't wait too late in the game to decide what they are! XD
I want to work in a field that revolves around computers, but I am also keeping an open mind because a mind can change at any time.

FE Males:
1) Karel: Best swordsman EVER!? Seriously I love this guy so much!
2) Hector: One of the few lords I loved. This guy has unbelievable damage! xD
3) Knoll: Because I can?
4) Percival: Only cool Paladins can be blonde. My knight in shining armor!
5) Guy: I have a thing for swordmasters :3
6) Raven: This guy is AMAZING. Grudgeholder much?
7) Zeiss: Not as great as his sister, but still amazing! I love Dragon Riders!
8) Cormag: Ahh this guy takes dragon riders to the next level, so beast! (love it when I kill Valter with him!)
9) Lucius: Girly guy :3 Thought he was a girl at first, when I found out he was a guy a smacked my head into the wall.
10) Rutger: Crazy ass swordsman!

FE Females
1) Miledy:My awesomw dragon lady :3 I LOVE MILEDY. As soon as I got her I just never stopped using her since! Love her character design, and how she fights.... ON A DRAGON!
2) Fir: Like Karel, but female! No but Fir is my absolutely FAVORITE character, second only to Miledy.
Give Fir and Wo Dao and your good to go!
3) Karla: Like mother like daughter. Like brother like sister? I loved Karla so much, you get her so late that its not fair! Mother to the fabulous Fir :3 Why would you NOT use her!?
4) Marisa: I have a thing for female swordmasters haha, but Marisa is just crazy boss.
5) Wendy: Pink haired armor tank! I like how shes not as slow as other knights, and shes total win :3
6) Lilina: Love that shes Hector's daughter! And the strongest sage in the game! Shes so cute!
7) Nino: Love her character! Shes so nice after all shes been through, how can you not love her?
8) Rebecca: Love this archer! Green hair like Nino!
9) Fiora: I dunno I just like her! xD Lilina' s possible mother as well!
10) Tana: So hyper, and I love her character.

And yeahh! xD I have more which I will write later!

Cocoa_Butter_91 Nov 21, 2011 1:16 PM
Hahaha, it's alright! XD Community college, in my opinion, is WAY more mature when it comes to being more mature than high school. Basically, you have men and women of differnet age groups here! Young, middle-aged, and even seniors (the old kind) attend here, so there is really no need for anxiety! :3

Cocoa_Butter_91 Nov 21, 2011 9:59 AM
It's pretty okay so far! I have been in college since 2009 after I graduated. I'm in my fourth semester right now, but it is almost done. Semesters at my community college go by so quickly!
All Comments