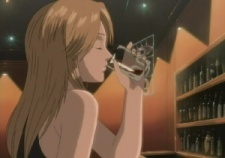 Thanks for the recommendations

Captain_Hands Feb 15, 2:46 AM
Thanks for the recs, already seen Nodame, will definitely check out the other one.

GreenGrass Mar 20, 2020 7:09 PM
Hi there, thank you for the recommendations and keeping detailed notes on what you've watched! Extremely helpful.

Captain_Hands Dec 26, 2019 6:45 PM
I think I'm too old now to appreciate highschool anime. A more edgy teen me might have been able to relate a little better. Are you actually 70 years old? X'D

I love music anime though. Did you see carole and tuesday? I dropped it after hearing the different voice actors.

Captain_Hands Dec 25, 2019 5:20 PM
seasons greetings. You recommended me hibike euphonium in two seperate recommendation threads I posted. That's enough to arouse my curiosity. what did you think of the series?

Lethal_ Sep 10, 2019 4:06 PM
Hey, thanks for the response on forum
Heard good things about Kemono, it's on my PTW so I'll try to get to it eventually thanks for the suggestion!

I mean a children show talking about Vietnam war minus the graphic violence or any fighting. But the scene of Mr. Hyunh giving up his baby daughter in order for her to get a better life. That's something a children cartoon would probably never do today, but Hey Arnold did something unbelievable back then.

Also, Hey Arnold had an episode where Grandpa Phil told a story about being a soldier during WWII, and Hitler made an appearance in a children cartoon:

And there was an episode where Arnold had a crush on a substitute teacher, nothing serious but you can watch this clip from that episode:

So if Usagi Drop is not appropriate for kids, then should Hey Arnold be given a TV-14 rating because of the 3 things I mentioned despite it's a children cartoon.