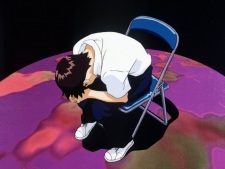 StyleF1re Nov 5, 2019 3:58 AM
I forgot to ask awhile back, but did you celebrate the Blues run? Shame the Cardinals' run this year ended the way it did, but I'm sure they did the city and the fans proud. Getting back to the Cardinal way with the pitching and defense, so hopefully they can work out the kinks on offense next year. Anyway, anything new with you?

Hentai4theplot Jul 27, 2017 3:20 AM
Ayy when i return after comiket lets watch this normalpleb bait

I wasnt actually looking for the Nintendo HQ btw; i got kind of lost returning to my rental place and found it. Tbh i figured it would be in Tokyo. Kyoto feels so rural in parts; it might actually be smaller than STL man. KyoAni's main studio is located in a fairly small, rustic area too.

Hentai4theplot Jul 6, 2017 2:57 PM
I havent meant to be so out of touch lately with you dude. I have a hard time managing my time some days here, and recently my phone force uodated again and the "optimization" thoroughly fucked it up.

Damn powerline wouldnt let me get a better pic of the oyy vey noh performer :/

Hentai4theplot Jun 19, 2017 9:12 AM
THEY FUCKING CHARGE EXTRA FOR BBQ SAUCE HERE I HAD TO PAY ¥40 JUST FOR SOMETHING TO DIP MY FRIES IN WTFFFFFFFー

Hentai4theplot Jun 5, 2017 8:42 PM
Forgot to tell ya i went to that nightcluv in Akiba that /a/ watches streams of. Got this free CD the makers were giving out there and drank with them. The illustrator was a hardcore otaku; shit was awesome! Also, mal mobile's layout sucks a bag of cocks...

StyleF1re Apr 25, 2017 12:10 AM
That sounds like an adventure! Would be fun to do a convention in another state, but unfortunately that's not feasible for a Hawaii resident, let alone a back-to-back as a champ like yourself is considering. Better let those Chicago people know where you're from too with either the Cardinals or Blues apparel/gear, though I'd go with the Blues to be more on the safe-side (with the Blackhawks having been swept out of the playoffs).

I mainly like 90s and 00s GT1 racers, modern-day GT3 and GTLM racers, and six- or twelve-cylinder musical beasts like the R34 Skyline, Porsche 911, Lamborghini Murcielago LP670-4 SV, or Pagani Zonda 760RS. There are a few exceptions though with the ten-cylinder Viper and eight-cylinder Corvette (no American bias intended). My blog entry should summarize things pretty well. If we're going with brands, my favorites are probably Porsche and Aston Martin. As for family cars, I love the simplicity and ease of my 01 Corolla, so early 00s Corollas over everything in my book (including Accords)! haha

It's about time I make a move to take advantage of that though, having been there for just about a year. The mention of nonexistent Japanese presence might scratch my rose-tinted glasses I see STL through a little, but nothing to sway my opinions. I was looking at round-trip rates to STL for fun, but SotY doesn't have a tour lined up for this year so I'll be considering next year. I've been on this island for far too long without having gone out (since 2008-09). But yeah, the solid foundation of class and politeness I see with the Japanese in general has my eye on the women especially. And the children are just as adorable as anime make them out to be, if not more so!

If you asked me that in the early 2010s or before I would've said Until the Day I Die, which at one point was my favorite song ever. But now, I'd probably give that nod to Anthem of Our Dying Day. Heck, I might even go out on a limb and say The Black Swan is my favorite of their albums, but don't hold me to that statement! They're my favorite because they're the only band in which I really like a song from EACH of their studio albums. Even Linkin Park and Avenged Sevenfold don't carry that distinction in my book. But anyway, Page Avenue should still be the album I remember SotY by. I really hope this new album from them continues on their great track record with me personally. Really feel I'd be doing myself a major injustice if I don't make an effort to go out and see them live, as I doubt they will be coming here.

I'll have to check on Incubus. Damn, Wish You Were Here was one of the first 00s rock songs I heard and one of the songs responsible for getting me into the genre along with stuff like Alien Ant Farm's "Smooth Criminal" cover, "In the End" by LP, and "Crawling in the Dark" by Hoobastank.

Hentai4theplot Apr 13, 2017 6:03 PM
WOW WHAT THE H*CK DUDE? Giving Masamune Kun a FIVE?? That's like the worst score you can give on MAL you should be ashamed!

StyleF1re Apr 10, 2017 11:58 PM
Assetto Corsa is the main one I play, although I do have DiRT Rally and my PSVR sitting around as well. Simply put, Assetto Corsa is undoubtedly the most important game to ever come out in my book. I'm on PS4, so nothing Steam for me unfortunately. Well, unless I decide to really throw myself into Hell and diving into the PC realm, which really breaks the sim-racing game open with mods for AC and the subscription-based iRacing.

No idea. I really can't look that far ahead yet, as it's been years since I've been in any form of college and still can't figure out myself or my academics. If anything, I trust in both my hobbies and in skills I'll want regardless of career choice, which are the ability to go fast in a car/motorcycle and speak Japanese. The Japanese thing doesn't really stem from my anime interests, but rather my automotive interests. Might even be notable that I can only see myself marrying a Japanese woman if it ever went that far. Japan looks like a must-visit for someone like me if not the Nurburgring/Autobahn in Germany or US states that have racetracks like Florida or Texas. Oh, and Saaaaint Louisssss! I really should go and see Story of the Year perform once over there and maybe catch a Cardinals game too.

As for my job, it's definitely to pass time and stay alive, but not really live. Could be a good opportunity to mess around with my Japanese employers, co-workers, and the various Japanese tourists that come by too. But hey, that sounds like a bold move to make regarding the Olympics! Hope it happens for you, man. Same goes for the whole soul-searching business. Life's tough!

It's early in the season, but damn did people scorch the basepaths against them! I'll be more tuned in once the NHL and NBA seasons end altogether. As for the Blues, the schedule is on the NHL site and their first game is on Wed @ 9:30 ET against the Minnesota Wild. I really would like for PIT and STL to meet in the Stanley Cup Finals sometime! Even though PIT is my main team, I really want to see STL win once at least...

Definitely not girly (who in the heck said that???), but I can say that it requires a more adult mindset and/or acquired taste for slower, more mature anime. The narrative is quite endearing and really brings the traditional art of rakugo to life. It really was made to tell a unique story and not made just to make money or show off on visual prowess or something like that.
All Comments