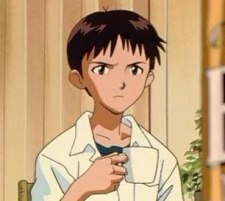 AestheticOnion Feb 13, 2017 5:33 AM
Heyy, there :D
I reeeeeaaaally like you choice of favourites

ReynTime Oct 24, 2016 10:58 PM
Good to see you're enjoying this season. I've had Gundam on my list for quite some time. Not the one currently airing, but some of the older ones. How are the newer Gundams in comparison to the glory days of Gundam? Sorry for the late replies. I think you'd understand as you're also in school. Do you graduate next year? I think you're pretty close. I got lost in things that I haven't seen Hibike episode 3. I'll definitely watch it tomorrow. I went ahead and finished up Guilty Crown. One of the worst anime I've seen in a long time. I totally knew that I was signing up for, so I got exactly what I signed up for.

lol. Yuri on Ice. I hear it's more like Yaoi on Ice. I've been hearing stuff about flip flappers, but I don't know if I'll jump on that. Occultic; Ninja is a big joke. The only ; series that was good was Steins; Gate. Robotics; Note and Chaos;Head were terrible lol. I doubt Chaos; Child will be any better, but Occultic; Nine is a joke and I'm just going to suffer through it.

ReynTime Oct 10, 2016 10:52 PM
I don't think I ever replied to you a few weeks ago. The new season just aired and I'm getting the anime mojo back in comparison to the rest of 2016. Winter is pretty amazing. Hibike, Occultic Nine, Tenchi, and Kubikiri Cycle are the shows that I have great expectations for. I haven't watched this much from this airing season since forever as I can recall. Are you watching anything cool outside of Hibike? I know you're in an anime slump, but this season is just too good to ignore anime completely. Then again, you're almost finished with college aren't you? Time sure flies by fast. I just started my graduate program and it's certainly a struggle to juggle everything. Take it a day at a time my friend. Hope to have a fluid discussion of the great Hibike! That first episode was 1 hour of pure madness. Starts off reminding everyone why we love Hibike!

ReynTime Jul 31, 2016 10:59 PM
I can understand your burnout from anime. I can totally relate. I agree that taking a break is a good idea to avoid complete disdain the media. I take it that school is coming back up for you so you at least have things to occupy your time so when you do watch anime it will have a sense of reward for your hard work.

I like Yahari. Season 2 was a good expansion to the story. I look forward to a season 3 down the road. They better not pull a Full Metal Panic/ Haruhi on us... Re: Zero is flawed, but looking back.... so was Steins; Gate.... I don't have such nostalgia goggles for Steins; Gate and I think Re: Zero has that drama sense down to a T and Steins; Gate took a very long time to get there. If anything... I might just lower my opinion of Steins; Gate from a 9 to an 8 because it doesn't hold up to the test of time.

There's a good reason to get hype. kizumonogatari recently got subbed and Re: Zero is really kicking it with the drama. I know you're a big fan of the monogatari series so if there's something that can get you interested in watching something it's definitely kizumonogatari because it delivers in spades.

ReynTime Jul 25, 2016 3:29 PM
It has been awhile. To be honest. Nothing really stands out for me. I've been more focused on backlog anime in 2016 than anything else really. I can honestly only recommend Orange, but that's kind of a hit or miss depending on your personal taste. Everything is a sequel of some sort so the anime industry is in a very strange place in 2016. Gotta admit that the 2016 anime of the year Re: Zero could potentially be a top 25 anime of all time, but I don't want to say that until it ends. Of course next season is going to have the 10/10 masterpiece of Hibike season 2 so... use this season to look into backlog.

Give that old Tatami Galaxy a chance. Or watch Yamato 2199. Both are in my top 10 and they're essential anime for sure. Chihayafuru is very high on my list and I definitely recommend giving that a try. If you ever finished Yokohama the manga, give Aria a try. It's very good.

How far are you into Galactic Heroes? I think I'll start it back up in August. I've been away from it and ready to tackle it with a fresh perspective. It was too political for me, but I'm interested in Reinhard being the original Lelouch (Code Geass).

Blumenkranzzz Jul 1, 2016 1:01 AM
Thank you so much for appreciating Hibike! Euphonium's utter greatness

ReynTime May 31, 2016 11:01 PM
I'm very happy that Hibike is getting a second season. It's definitely my favorite anime I've seen all year. I'm putting Galactic Heroes on hiatus until I finish Kingdom. I've got so many episodes of Galactic Heroes left that I'm just going to work on the series over the course of the year instead of rushing through it. I believe you're still working on it yourself. I don't like giving judgement to a series until I've seen the last episode. So many animve I've watched get ruined by the climax or ending that I'm way too hesitant to even try giving a score.

Speaking of this situation. Uzumaki the manga. You're currently working on it and I finished it in a little over an hours worth of reading. I hate spirals now. The manga is absolutely grotesque and it relies so much on being ominous and having shock value. The manga never made me feel scared, but it made me feel nauseous several times. I ended up giving it a 4 because it made me physically think about puking. I guess that should be a good thing, but when it has adverse effects on your health then I'm definitely not going to say I can recommend this to anyone. The ending really had much to be desired. It's a dark series, but I felt like the character development is flat and things just happen for the sake of being creepy. I kinda felt something for the couple, but the plot would have been better from Shuichi's point of view. Kirie didn't feel authentic to me. She never reacted the way I felt a high school girl would have reacted. Her relationship with Shuichi was also really weird. I don't see any chemistry with them lol. Even though I gave it a 4, I can't say I hated it. I just felt sick lol.

On that note. Give Yokohama another shot! I love that manga! Give Koe no Katachi a read too! I loved that manga! Orange is also another good one. Orange is getting an anime adaptation next season so you can watch the anime instead.

ReynTime May 28, 2016 4:44 PM
Summer time for you? I guess that means I'll be hearing more from you? Life has been alright. I'm getting ready to take exams to apply to graduate school. Animewise has actually been very good. I had the one-two-three punch with Aria series (9/10) followed by Hibike Euphonium (9/10 and in my top 10 anime of all time) as well as the Legend of Galactic Heroes (Episode 17/110). Galactic Heroes is hit or miss for me. There are some really good episodes with lots of action and character development, but there's also episodes that are way too political and dry. I'm not sure how later episodes will pile up, but the show is daunting in a way because the dry episodes are really important unlike other dry spells in anime where you could technically turn your brain off and browse something on your phone while watching.

Also animewise is me getting into Melty Blood which made me remember Tsukihime. I haven't read the light novels but I watched the anime and Melty Blood definitely makes me more engrossed in the Type Moon series. I love the Fate series and always thought Tsukihime was inferior, but I'm starting to at least appreciate the characters. Doubt I'll read visual novels more frequently, but I at least have an appreciation of Tsukihime.

ReynTime Mar 14, 2016 10:40 PM
That's on my plan to watch for this year. Good to know you're still around. I take it that life is really catching you off guard. Best of luck on your endeavors. I'm working on Aria animewise for the first half of the year. Been reading a lot of manga lately too. Hopefully I'll restart punpun. A year in the making lol.

ReynTime Jan 17, 2016 8:59 PM
Good to see you again. I can understand. I'm about to work full time and do night school in preparation for graduate school. I used to think there's not a lot to watch this season, but I actually found a ton of interesting shows like Dagashi Kashi and Shoujo-tachi wa Kouya wo Mezasu. These shows have a lot of promise for me. I'll be working on Aria and Legend of Galactic Heroes this year! I'm looking forward to it! I'm almost finished with Touch so that's currently my focus.

Invertigo Jan 14, 2016 8:56 PM
Hey! Just wanted to ask briefly if you give our your anime list CSS. I'd be interested in mixing it with this (http://i.imgur.com/UkxOY1n.png) image and changing a few other things, like moving it off-center and changing the subheading colour to blue rather than pink. Thanks :^o

ReynTime Dec 12, 2015 10:51 AM
Wow! I haven't heard from you in months! I assume you've been caught up with the real world. The real world has been slowing my anime/ manga experience as well, but luckily this season hasn't impressed me much. I'm actually going back to school in January to take some accounting classes and shortly after get ready for the MBA program. Emma is interesting. I watched the first season of it, but I didn't really find it appealing to me (I think I gave it a 7 because it was good, but it's like Mushishi where the story is slow and I totally forgot to follow up). I guess I'll need to watch the other seasons. Hope to see you around more often. I've been a huge reddit fan thanks to you!

ReynTime Oct 4, 2015 10:31 PM
It has been a long time. I've been busy lately as well, but it's also a shift in anime priorities lol. I'm very behind in my anime watching, but hopefully I'll get caught up. Mononoke was pleasurable. I actually enjoyed it slightly more than Mushishi season 2. Keep up the studies!
All Comments