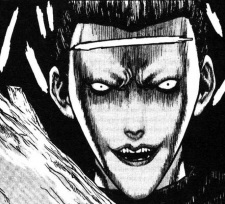 They keep putting down the tracking websites haha. But ok for me. I never got to use them so there's no way I could miss it, but it should be really helpful... But kinda unfair... But still helpful... Idk what to think. lol

Yorozuya-MAYO Aug 5, 2016 3:56 PM
Yes, I downloaded an APK before the release, but all I could do was take the initial pokémon, there were no pokéstops and stuff, no pokémon appearing, so no fun. Now it has everything, it's nice. :3~

You caught a lot already. *-*
Goddamn cheaters... Not even 1 hour after the game was out, the local gyms were already with Dragonite, some people with lots of strong pokemon... Like, it's not even physically possible :x But well. I'm gonna take it easy, just a casual player, catch some pokemon just for fun, not gonna care much about those gym stuff... At least for now. I believe they're working to stop cheaters.

Rahkshilord Jul 24, 2016 9:52 AM
I'm not sure if you're mad at me here or what, but I don't consider this a troll review so much as a multi layered joke
All Comments