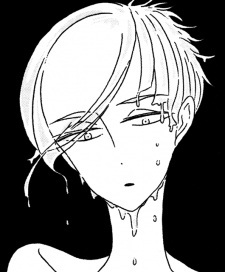 youthful May 30, 2017 8:06 AM
I haven't heard around if the mangaka plans on it so chances are so far equal to zero. The art was good nonetheless.

youthful Dec 30, 2015 3:37 AM
Really? Cuz I exactly hear the opposite of it here on MAL. Like I hear complaints about how bad many novels are adapted; Rokka is one of the rare exceptions of "a novel adapted letter by letter".

By the way. Have you gone checking out the rest of the volumes of Rokka? I'm curious.

youthful Dec 29, 2015 7:05 AM
Bantorra is his first LN and Rokka - second; Both are his one & only work so far because he is yet a fresh novelist as far as I know. So, mostly likely as you say. I've read the first 4 volumes of RnY (3 more left) and thus seeing he has done a splendid job, it is hard to believe, at least for me, that Book of Bantorra's LN could be bad; BUT, I cannot firmly claim its quality & compare it with Rokka's unless I read the LN. Just, I will only need to find the right mood to start reading it & am not sure will it ever come. Rokka's anime was enough convincing to hook me into the story, Bantorra failed in that purpose.

I don't really know tbh; BoB and Rokka are novels written by the same author so it is probably a bad adaptation in question; I don't believe that the novel is bad compared to the anime; I haven't read it btw.