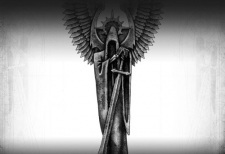 Lizsaki Mar 1, 3:52 AM
Watssuuppppppl [I laugh so hard right now, best gif just for you] 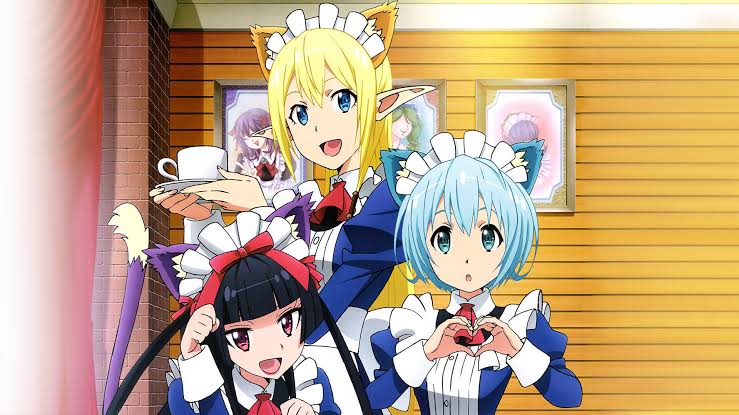 Kahirama Feb 3, 1:46 PM
Surprisingly, I am keeping up with all these winter anime. Maybe it means I am neglecting other things? Perhaps lol. Anyway, good luck with catching up!

Actually, non-sequels make up half of my currently watching list lol Didn't expect that. We have clearly many promising anime this season, whether new or sequels. People who are focusing solely on sequels are missing out a lot.

Yea, I have only a few days left for this exam. Kinda getting nervous. The government over here is also making many dumb decision, people are seriously questioning whether these people are normal. It's all politics in the end. I just want this to be all over.

It's a kind of psychological effect that more short seasons seem less tiresome (or how to say it) than one very long season. Unfortunately, lack of time is here and that prevents us from watching and doing many things. It would be great to be rich and not have these worries. But to get rich, you must sacrifice a lot of time. That's the cycle of life...

And yes, Majo no Tabitabi was quite a mixture of aspects. They did it quite well, in my opinion. It definitely deserves a good rating.

The winter season is here and I'm already watching a lot of new shows. And there are still some to come. I don't believe I can keep up with them all. Fortunately, my country decided to cancel the external examinations which were supposed to be in March, so I won some time. But it's still a lot.

In February I'll be taking some exams which should help me to get into the university of my choice, but if they decide to make us take entrance exams, then I'm just wasting my money to test myself. But thank you and I also wish you a lot of luck!

MertKumasoglu Jan 10, 9:58 AM
sorry for overreact i saw darling in the franxx in your favs but i'll take a look for sure thx

MertKumasoglu Jan 10, 3:22 AM
darling in the franxx worst anime ever

Kahirama Dec 25, 2020 10:20 AM
I'm not studying in Hungary, I'm from Slovakia, but know both the languages. I feel the same way, that I don't mind not having any social interactions, but I also hope this whole mess will turn to better.


Neither do I watch such long shows. The only ones I finished were Fairy Tail, Shugo Chara and Monogatari (which is although divided into many short seasons). The longer the anime, the less I feel motivated to watch it. 12-24 episodes are ideal for me. But the longer animes can be also very enjoyable. Monster or Code Geass, I truly enjoyed both of them and didn't feel like they were dragging these shows. Naruto, One Piece are just too long. Although I started to watch Sailor Moon few months before, but stopped at fourth episode. I'd like to watch the whole thing, but it may take years to finish. But I agree with you that everyone has different classics. But popularity can also contribute to being a classic. I never saw the whole Naruto, but I do think it belongs to classics. But Neon Genesis Evangelion is also part of the classics. It truly is more or less just a personal opinion what is a classic.

Now Majo no Tabitabi is finished. It wasn't my favourite show but I did enjoy myself. I hope you did too.

I'm caught up with mine, finally. Many have already ended, that's why I'm less busy. But the next season is packed with so many shows I want to watch. Considering that I will be extremely busy with my studies I'm going to have a lot of delays. Anyway, good luck with your catching up.

Lastly, I wish you a merry Christmas.

Kahirama Dec 1, 2020 2:33 AM
It's especially hard when the teachers are planning to be even more stricter when we go back to school. Students at our school are at least trying to study, but in other schools they only have like one class per day and no homework. I wonder how will the graduation tests go in this situation.

Actually, the anime that got me into watching anime was Inuyasha, which I ironically still haven't finished because the hungarian dubbing stopped around the 100th episode. But I plan to finish it one day because it truly is a great anime. Before that was also Metal Fight Beyblade that I used to watch on the TV but at that time I didn't know about the existence of anime. After these anime I watched absolutely anything, didn't care about plot or art, but there were also many great anime which are still among my top 10.

After the last episode I noticed something I have overlooked and also probably many other people. I realized Elaina is still basically a child and I find it immature to blame a child for behaving like a one. That episode was definitely one of the best and I hope it will benefit Elaina's development.

I also tend to avoid previews or trailers and only read synopsis when I'm really unsure about watching it. But I also tend to choose ones I either heard about or know that a great studio or director is working on it. But I choose also many times just from the cover art.

Now I have also missed few anime but because my current priority is finishing the Higurashi visual novel. After that I can catch up to them.

Kahirama Nov 17, 2020 6:28 AM
I'm in my final year of high school and with all these online classes it can be really overwhelming.

I agree it's not that bad to watch sometimes a bad anime for those discussions. When I started watching anime I saw a ton of stupid ones without caring about, but looking back some of them were truly horrondous, although not that many because most of them were recommended by my cousin. I didn't watch Gibiate because after seeing the trailer I knew it will be bad and I don't plan to watch it. Maybe with my cousin just for fun.

And I'm also having kind of mixed feeling about those dark episodes. These recent ones are truly great and don't really understand why did they have to add the really dark ones. It could still maintain it's purpose if the stories were either positive or neutral. But we'll see what is in store for us.

It mostly is because of different tastes and I don't pay them much attention usually but when people are disrespectful and rude it gets on my nerves. Although I try to ignore such people.

It's truly horrible to catch up with anime when you are late. It used to happen to me and my whole shedule was messed up. That's why I try to never watch more than 10 ongoing anime per season. I select in advance what I am going to watch and if there is something interesting I'm not watching I tend to binge the whole show when it's finished and when I also have time and am in the mood for it. But the winter season will be difficult because of the huge amount of sequels. I will have to manage somehow, I guess.

Firstly, I'm happy my English is not a big mess and that you can make out what I'm trying to say.

I find it to be really admirable that you never drop any anime. I do also try to watch everything till the end, but when I'm too busy with other things I tend to drop the least interesting shows. Or rather put them on my on-hold list. However, when the show is just a big pile of garbage I do drop them without a second thought.

Now you have probably seen the fifth episode and maybe even the sixth. Both were quite peaceful so maybe we will get a dark episode this wee? We'll see. I really understand how it's hard to balance all these things. I do also find it hard to make tiem for all my hobbies and work. We have lot of stuff to do in school right now, then I have to make time for watching anime, reading manga or books and sometimes also to play games (mainly visual novels but sometimes also video games).

Since I didn't read the light novel I can't say if there will be some sort of story. But I appreciate that some characters reappear making it more interesting. I agree that people don't like normal protagonists. There is nothing wrong with that but some people in forums are talking really badly about the show or its fans what I find to be quite disrespectful. Anyway, what matters is that I enjoy it.

As for the shows I prefer this season, my number one, for now, would be Tonikaku Kawaii. I'm not saying it's one of the best anime ever, but after a hard week watching a wholesome episode of an adorable couple is a great way to relax. I noticed I always have a big smile every episode. I'm also a big Higurashi fan so Higurashi Gou makes me very excited (currently I'm also playing the VN). Then there is Adachi to Shimamura for a great GL romance and Yuukoku no Moriarty which satisifes my thirst for psychological stories. And lastly, there is Golden Kamuy, which isn't underrated but not many are talking about it. It's a great show, but I understand it's not for everyone.
All Comments