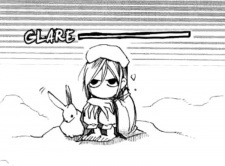 DoomNick Mar 19, 2020 6:40 PM
Read the first 30 panels or so before replying to your comment and gotta say it's looking like its worth at least a decent curiosity, The music and introduction had me intrigued way fast, Nice to see webtoon artists actually using their platform intelligently, I'll definitely be giving it a read, Thanks :).

yea, it's on ebay raw for a surprisingly ok price for what i assume is out of print
if i had disposable income, i'd be very tempted to buy that, [learn how to and then] rip it then upload it myself. with the hope that one day someone takes it and fansubs it.

maybe someone could use the spanish dub to do what Leupho is for Crayon Kingdom by taking his french dub copy, translating it to english and putting it onto raws.

> then there are paid options.

do you know of any other paid options? e.g. does japanese amazon have it for streaming etc?

I'm currently so hype for it.
It's so so much Casshern Sins staff on it!
I gots to see more.

Ty for the info though.

If you liked Arata naru Sekai, you'll probably like this one too. https://myanimelist.net/anime/21587/Mou_Hitotsu_no_Mirai_wo

And while it is not about time travel, this is also worth a watch and the theme is kind of similar. https://myanimelist.net/anime/32950/RS_Keikaku__Rebirth_Storage


Niello said:
In general it's understandable when translator want to use more natural word and not translate something like senpai or nii-san. The down side is that they drop the nuance of characters relationships, such as who's older than who, and sometimes can even be bad for the plot going forward.
In general, yes. I would say that the majority of anime viewers are familiar with very common words like "senpai" and "nii-san", so it's not a bad thing to leave them untranslated. As you said, it does add nuance that doesn't exist in English, and it's one reason I dislike dubs (both in anime and games). You can pick up a lot about the relationship between siblings depending on whether the younger calls the older "aniki", "onii-chan", "onii-sama", "baka aniki", or "aniue". It may not be essential to understanding the work, but that doesn't imply it has to be translated.

Then there are anime like Shoukoku no Altair where they translate some specific proper nouns and other words into, I'm assuming, Turkish. "Shoukoku" becomes "pashalu". Instead of "sultanate", they write "sultanlu".... Um, why? If they are going to translate, then translate it all to the same language. In the most recent episode, the spoken name of a city was フローレンス (Florence), but they translated it to "Fiore" (Italian, "flower") instead of either "Floransa" the Turkish name, or "Firenze", the Italian. So there are now three (or more) languages in the subs. Yet they left Venedik (Turkish "Venice") unchanged, instead of translating it to either Venice or Venezia (Italian)... I don't get it.


Even in this episode I have spot a few places where it seems like the translator just prioritise convenience over accuracy or correctness....Ignoring all the details in the rest of the sentence. If I try to pick things apart to much it just won't end.
That's pretty much how it is, I guess. I get that everyone has different ideas for how to translate, whether to be more literal or more loose, etc., but some things are not excusable under the umbrella of translator style. I really need to pay closer attention to the spoken words when I'm watching anime from now on. I won't catch everything, but I'll pick up some things that will make my viewing experience more enjoyable. And that's better than nothing.

On another note, you list Shin Sekai yori as one of your favorite anime, so you're definitely ok in my book. :-D And welcome to MAL.