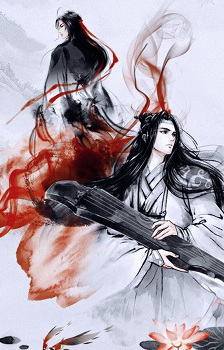 Ren-Amamiya Apr 9, 10:51 AM
Psycho pass is a damn good anime and i think you'll like the villain too, he's smart and what is trying to proof is a good reason to fight. It's a show about 'dystopia'. However, i only recommend you the first season and the first movie:
https://myanimelist.net/anime/21339/Psycho-Pass_Movie?q=psycho
After that, they changed the writter :/ So the quality is really not the same. Season 1 is a masterpiece tho (for me).

Lol, the candy bar scene is gold for sure XD
I just recommended the show to one of my friend on MAL (a dude) and he told me that he don't mind a kiss between mal, as long as it's not a main yaoi lol.

/first 7 eps/
Well, first 7 eps were good but some things still bothered me.
The president who made suicide legal, Itsuki, told that he did that because people who commit suicide can't donate their organ. Then why did he just change the law with 'people who commit suicide can still donate their organ'? I know it's a manipulation and an excuse but i was thinking that people were stupid to believe that.
Wow, we are the opposite XD like totally, i really disliked Magase Ai. She was way too op and i don't like the fact that she was having power and nothing was explainend. Like Johan doesn't really kill people, it's mind manipulation. Light is having a power but everything is explained.
I tought Magase Ai was using manipulation too but the more i watched, more i realized that she was just killing people with a whisper.
I didn't liked her however, i agree to say that i liked her VA.

/last five episode/
This is where i started to really really dislike the show. I don't even know where to start.
The politician were really unrelatable to me. They started to be agree with the suicide law one after the another. Im trying to remember because i finished a while ago and these episode bored me to death.
I tought the way the politician agreed with the law was off. Also, they talked about my country, Canada and compared legalizing homosexuality with suicide ??? That doesn't made sense to me!
Yes, here, gay marriage are now legal but.. why comparing that to suicide law? Gay marriage are about 2 lives who love each other while suicide is about someone taking it's own live! Also, how Magase was able to control the president? So she can kill with a whisper and also controle people like president and mayor !? Also, when the little girl comitted suicide, the president didn't give a f*ck about it.
I feel like Zen was the only normal character in this anime. I didn't know about the scene after the credit so i gave a look and man, thats worse than i tought.

So overall
What an utterly disappointing anime damn. It was so good up until ep 7 or 8 and then they introduced a new character who was so damn boring and made everyone have pointless philosophical debates. The advertisement of this was a crime/law thriller and thats what we got in the first half, second one was just some existential talks that frankly speaking has been done to death so it was extremely exhausting and boring. In the end we didnt get answers for anything.
Magase was way too op and i didn't liked her at all compared to Makishima (psycho-Pass), Light and Johan.

I don't mind bad ending.. But it didn't work for me this time.

Ren-Amamiya Apr 6, 6:12 PM
Hey, i was about to log out so im doing a quick reply:
Thanks a lot for you detailed explanation! Actually, i respect you if you didn't liked it that much, it's okay! We all have different taste and i understand that some people can't relate to Light and it made him really unlikeable.
I glad you replied me in a peacful way, i was scared that you were going to be angry or something xD So im glad :)

I want to recommend a good show that i watched with a good guy vs a villain that i think you may like, it's Psycho-Pass! It's one of my favorite and i think you may like it even if you didn't liked death note because both the good and the bad guy fight for a good reason and it's in a very corrupted world. So if you are looking for something entertaining to watch, think about this show! The villain was relatable but i won't say more because i don't want to spoil you!

In my case, i loved Death Note because of the mind game between Light and L, the psychological battle! And most people who liked the show liked the same thing as me. However, it's true that if it didn't interested you that much, it wasn't the best show for you xD

You gave me an interesting point. When he killed people in prison, i forgot about the possibility of people being faslely accused! That's also why the death sentence is not approved anymore in a lot of country. So maybe he killed a bunch of innocent people it's true. But i think Light didn't care that much. I see him more like the antagonist himself. What's wierd about Death Note is the fact that it's from the villain point of view so it can be harder for some people to relate to this character because it's true that he didn't really have a goal like, Tanjiro for example or Tenma.
I won't lie, my memory is a bit blury but i think he killed people outside prison too but if he saw the criminal at the new. Beside that, it was mostly in prison i think. He also, in a part of the anime, stole confidential document about wanted people and wrote every name in the death note with misa. Again it was wanted people, that doesn't mean that it was all criminal so again, maybe he killed more innocent people.

Np btw, i liked your point too! And im glad if i also helped you to clarify some point like L intelligence :P

Have you finished Babylon? Im really sad, the first 7 eps were really good but after the show became terrible :/ everyone were talking about how bad it became. I won't say more in case if you haven't finished the show.

I want to say that i watched Banana Fish! Even with my boyfriend and we both really loved it. I wish more people watched this show but a lot avoid it because of the 'yaoi'. :(

I hope i explain myself well by the way, it's hard sometime because english is not my native.

Thank you for the video! I'll definetly gave it a look!

Ren-Amamiya Mar 28, 1:40 PM
Hey, we talked before but i've seen one of your review and i need to give you my opinion. I want to let you know that i don't care if you don't like Death Note or if you gave it a low ranking. However, i disagree with some of your points.

'Light is a terrible characters, he started killing for no reason'

It's a bit true, however, there is still a reason behind it. Light is the best students of his school. He's bored by his life and he was finding everything uninteresting. So what can entertain his boring life? One day he found out a way to change the world by his own. So i think, even in real life, is someone win a power, like this, when you woke up in a morning, that doesn't mean that the person will use it for good. That's the case of Light Yagami.
Also, starting killing people in prison was a test. I didn't took him long to kill criminals outside the prison too.
And when someone is in prison, waiting for death sentence, it can be years later. Sometime, it can even take 10 years! Another point is that he need to know the name and the face of a person when he's writting a name in the death note, so, prisoner were easier 'prey'.
Light was digging in his grave, yes, but it was a bit the point of the story. He started full of himself, confident and even arrogant. But being so sure of himself made him killed by his ideals.
I don't think he's a bad character.

Also, about L, saying that he's Too smart doesn't made sense, because that's what the anime is about. It's like complaining about saitama from One Punh man or Goku from Dragon Ball of being too op. And i watched a lot of thriller where there's at least, one very smart character (who is more than everyone else). So L is not the only one in this case. L has also another ennemy other than Light, Misa. Even if she was stupid/annoying, she still had an important role in the story. She's even the reason why L died. I don't think he was digging his own grave.

The way that both L and Light made 'bad chose' only show that they are not totally perfect either.
About the realistic aspect, beside mayyybe monster, i don't know a lot of 'realistic police' anime. Even Babylon, The killer can kill everyone with a whisper and the president who got elected is like 'ok made suicide legal' and then everyone were killing themselves. That's not realistic either.

Also, i don't think that the serie 'being predictable' is the correct term, because it was obvious that Light wasn't going to die in the middle of the serie,he's the main character after all. It was more about how Light was going to succed with his strategies. His strategies were well crafted and complex. And honestly, back in time, everyone were really surprised and stunned by L death.

However, i have nothing to say about the anime after eps 25, not a lot of people enjoyed it and i can understand why even if i didn't disliked that part as much as the others. My biggest complain were more the characters that were not as good as the old one (hello Near). Tho, i know that L death was enough to ruin the serie for many people.

Like i said, im not here to start a war, just wanted to give my opinion :)
I hope you don't mind.

but thats nice hf w that :)

do I have u on discord btw? Im unsure cuz my list is too long and Im cleaning it rn sry about that :D

what did u get for ur bday? 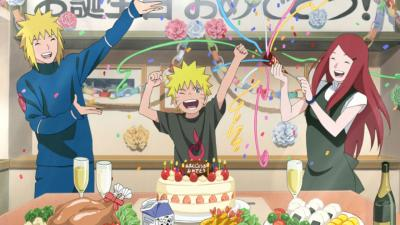 nexuro01 Mar 7, 5:52 PM
Yeah, i kinda noticed that you poured your annoyed heart into it. No wonder about that. I was kinda annoyed as well while watching. I just wondered why it's score is 7 point something so i kept on watching. I'm same as you - can't drop shit even tho i don't like it because "maybe it's gonna get better later on" And guess what, it rarely does... Oh, and happy birthday, stranger. I wish you to achieve whatever the fuck you want and I hope you won't be picking up too many shity series like Lost Song. xD

nexuro01 Mar 5, 11:37 AM
Saw your Lost Song review and you've noticed & and mention the same thing i did while watching. Even tho, this anime was targeted at younger, female audience it was full of fan service. Like what the fuck is that? I guess they had some kind of discussion between authors in studio whether their work should be targeting for kids or more adult viewers and some retard just came in and said "yes" and the rest approved. Good review btw.