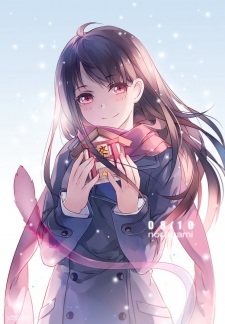 ridhof Oct 7, 2018 4:31 PM
well actually I feel kinda overwhelmed tho but don't worry, because I need those moody characters.

I haven't watch all Monogatari series because I don't know what is the true order to watch it because watching it in mixed order kind of make me like nope. indeed the character seems to be pretty edgy but the anime give a good vibes of moody (at least that is how I feel). I certainly gonna try Monogatari series later if I got the order of which to watch first and next till the last.

I have watched Just Because! it's really good. Komiya really like kind of girl that I need because she is really supporting.

it's named as The Melancholy of Haruhi Suzumiya? I haven't ever heard tho. Seems like it was pretty popular, isn't it? I'll try, thanks!

Toradora, I really want to watch this show but kinda a lot of good seasonal anime make me unable to watch atm. I will try, another thanks :D

haha, I really like this pic because lot of people can't recognize this as anime character. no it's not from the manga, it was a fanart from Korean artist on Twitter. Me too me too! It's pace is like not to fast and not to slow, it just balance and it's really good omg it's kinda rare to have good overall anime.
Oh I didn't notice it was Hiyori. I have watched Noragami but how can I can't notice her haha. I haven't read Noragami's manga so I don't know either.

well that's a long one but kinda worth it because I now get some watch list. thanks!

ridhof Oct 7, 2018 1:11 AM
lmao, watching an anime that has moody protagonist actually helps me a lot, do you have any recommendation beside of those 3?

it's Aizawa-sensei, from Boku No Hero Academia or My Hero Academia, have you ever watch/read it?
how about your profile pics, is it from anime/manga ?

ridhof Oct 6, 2018 10:25 AM
thanks! oh, I was playing around in a club and like visiting some profiles because kind of curious about what anime are they watching. and then on their friend list I found some people who using interesting profile pic and I also visiting them, including you lol.

anyway, I am a big fan of oregairu, hyouka, and 3-gatsu no lion too!