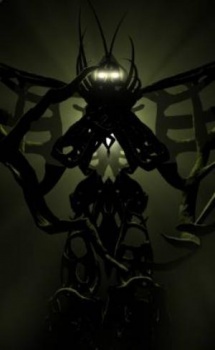 Doyo1shinai_Fan Jul 18, 2014 8:43 AM
Hey I saw your review for Arion. I love greek mythology and especially if it's incorporated into a story well. I was woundering is it worth watching?

Also I checked out your channel. I completely igree about that stuff you said about Islam. Glad to see you're one of the more intilligent people that can view things for what they are.

Ey_Malla Jan 26, 2012 9:26 AM
I see :) That's a better explanation than your review. I like MagicKnightRayEarth, although I find that the animation is very out dated.

It's not that I don't the see the flaws in Shamanic Princess, but I still like it because it gives me this certain feeling I can't get from modern anime.

Ey_Malla Jan 24, 2012 10:06 PM
You rated Shamanic Princess with 4/10, but did you even consider the great animation and adoreable chara-design ? I am not saying that the plot is the greatest thing ever, but I think you should rate an OVA different than a long TV series.

If you get a chance, you should check out 'mawaru penguindrum'... some director who did Utena.. and it's just as trippy lol

SerB3128 Aug 11, 2011 5:43 PM
Fullmetal Alchemist (original show that you started) was like a crappy imitation of the manga. It started out the exact same as the manga and then shot off into a different direction and ended up as a disaster.

So, people are able to watch FMA Brotherhood without seeing the first FMA.
If you've seen FMA and start watching Brotherhood, you will notice that they both start out the exact same...

But then after 10 or so episodes you start to notice the small changes between the two and after that they're completely different.

So no, in fact, don't watch the rest of FMA, its lame compared to FMA Brotherhood! You don't have to finish FMA to watch Brotherhood 8D

I really love FMA Brotherhood. Its one of the ONLY shows I've ever seen where I liked how it ended (not gonna spoil anything...but usually the ends of shows leave me confused or wanting another season. FMAB didn't, it ended really well! ^_^)
The story is really good and the fighting is also beautifully done. Some of the best fighting I've ever seen in an anime! 8O

But of course that's my opinion! A lot of people love it. If anything I think you would enjoy FMA Brotherhood more than FMA.

I was so confused for a while with the crazy chick. Cuz the main dude kept calling her "brother" and everything, but then I guess she explained it when she stripped in front of them (random nudity everywhere).

SerB3128 Aug 11, 2011 10:32 AM
Haha! I just finished the show (OVA) last night...
I really think the creators are crazy...whoever came up with these ideas was out of their mind! XD
A fat clown-type lady that rapes everyone and eats them...a young 'good-looking' chick that has sex with everyone...and kills them in the process, and then an old man who has a penis that attacks people! O.o

For entertainment, I would say this show deserves a freaking 10 because its hilarious how bad it is. (The ending was just...weird...it didn't really have an ending. I don't think fighting old dick man counts as a final battle) But of course for the show in general, it doesn't get that high of a score, haha!

XDDD The "fish-frog wearing human skin" comment made me laugh! This is exactly what she looks like! XD

I just started watching Apocalypse Zero and am about 10 minutes into it! Haha! I actually can't stop laughing while watching it... I'm not sure why! The art is just freaky...the plot doesn't make much sense so far too...but maybe thats just cuz i'm so distracted by their oddly-shaped faces...

I feel like this is one of those shows that is fun to watch with friends because it's so ridiculous that its hilarious.

SerB3128 Aug 10, 2011 6:57 PM
Haha, KWZDK starts out good, I was laughing during the first few episodes cuz it was just ridiculous...but then the jokes got old and boring and then of course the creators tried to create an entire plot in just 5 episodes which was an epic fail.

I haven't seen either of those XD but seeing that they have such a low average score I sort of want to watch them!
Thats the only reason I watched "Mars of Destruction"...cuz it had the lowest score I'd ever seen for a show! (Which ended up being a complete disaster of a show of course...)

I was face-palming every 3 minutes and couldn't stand to watch more than 1 episode at a time...it was awful!!

So yeah, that show was definitely a struggle to finish! Haha!

Watching anything interesting lately?
All Comments