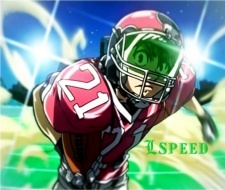 Kisaragi Sep 23, 2014 12:11 AM
Yea, I think APUSH is easier here since no one complains about it being too hard. Omg, I hate seminars as well. In Eng, we're doing Socratic Seminar and I hate it for many reasons.

Well, if you do get it on the 3DS we should definitely face each other :D I also downloaded the demo and my favorite character so far is actually Mario. Link sucks so bad in this game imo lol

Kisaragi Sep 21, 2014 12:30 AM
Oh God, I guess I should be prepared for more work next year then <.< btw which AP were you talking about when u said it was harder than some of the classes u took in college? At my school, AP Physics is known to be the hardest. Only 2 ppl got an A in that class last year.

Do you think we can race again during thanksgiving break? I'm kinda busy now. I'm in the crappiest year of high school, sophomore. So much work loads :( I can't wait to get out of high school tbh

Kisaragi Sep 9, 2014 4:27 PM
The players literally go through the process of changing the mii name on mii maker and come back racing against me and starts trolling with stars and crap.
Speaking of same name as anime character, I have the same name as one of the main girl from KissXSis :/.....and I'm a guy /: Do you have any same name as any of the anime characters?