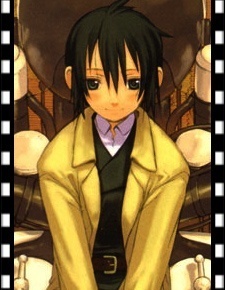 EpisodicFan Jan 5, 2021 9:11 AM
Hey, thanks! "Lit student sounding reviews"; I don't know how to take that. It is certainly accurate, but it feels a little demeaning somehow too. Bah, I'm sure you meant well, so I won't get my panties in a bunch over it.

I am surprised that you agree "entirely" about my Katanagatari review, to be honest; I guess that goes to show how deluded I was about the uniqueness of my personal take, huh? I am also a little bit shocked to have earned a response so quick; to be entirely honest I was not expecting anyone to read anything of what I wrote. I'm gonna be sincere and straight up admit that I've decided to start writing reviews now and then to make sure that I do not forget about the shows I've liked; my memory is piss poor for this kind of stuff and this seemed like a good form of therapy. So you can imagine why I didn't expect any kind of reaction for them. Pretty gullible of me.

I am inclined to believe that your views will trump mine based on the fact that you have dropped more anime than I have watched, so I appreciate your receptiveness to a complete newbie talking not so positively about your favorite anime. I completely agree with you about the vcr filter; I really should have given it more thought. It was a very curious decision on the director's part and I should have meditated on it rather than viewing it as an annoyance. I do remember that last shot during the final episode in which the camera pulled back from the screen as though we had been watching a TV transmission all along. Upon noting that, I realize that you are entirely correct about us watching Kino alongside the world. For all my talk about her being my favorite part of the series, I didn't give her enough credit as to acknowledge that she's more than just a decoy for the audience; she's a part of the world we are observing and not a filter. Thanks for making me reach that conclusion. I also have to say that I love the hell out of her design. I have a real weakness for androgynous characters (I'm not sure why), specially boyish girls, and even though I didn't know her to be a girl at first I might have always suspected it.

And yeah, I must admit that I'm trying, perhaps too hard, to form my own criteria. You see, as you can probably see I am very forgiving and tend to really enjoy everything I watch. Perhaps in trying to "correct" this aspect, I might have been unfair to this show. The "fairy tale", to me, is more than just an aesthetic, rather, a general tone. I should have seen that as a better justification than I did. I think that Kino's Journey probably deserves a higher grade than I've given it, so I'll bump it up to 8.

I've been rambling; sorry. Anyway, I really appreciate your input. By the way, would your recommend the 2017 anime? After watching the movies and the OVA I might still be in the mood for more. 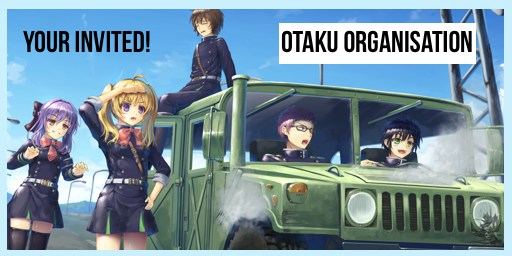 Click Here
Hi! I’m Emma from Otaku Organisation.
You have been invited to join our amazing club. It's a wonderful club that will soon grow in numbers and provide everyone with a friendly community. You’re lucky because you've been invited to the club! Just a warning we are in our alpha stages so please enjoy and have a look around.

Here is an update for everyone~
There are member cards which you can get here Member Cards
There are limited edition cards here
If anyone has any suggestions for this club. Please let me know.

Remon Jan 29, 2010 11:26 AM
Hey there! There is a new club for the anime/movie Spirited Away. I am writing you to invite you to join because it really needs members.

delete_account8 Jan 25, 2010 1:00 PM
oh hay i just clicked in your profile pic for no reason and your the first guy i came across with "Somewhat High" anime compatibility :D